Thainstone’s Royal Northern Spring Show topped at 13,000gns for a Simmental bull on Wednesday (28 February), hitting a new centre record for the breed.

Blackford Hero was exhibited by WG MacPherson, Blackford, Cloy, and was knocked down to G Hayes, Lakeview Farm, Upper Ballinderry, on a day of strong bidding in the face of dreadful weather.

Hero is 23 months old and was the red ticket winner in his class. He is by Kilbride Farm Doubleaction and out of Blackford Bunty. 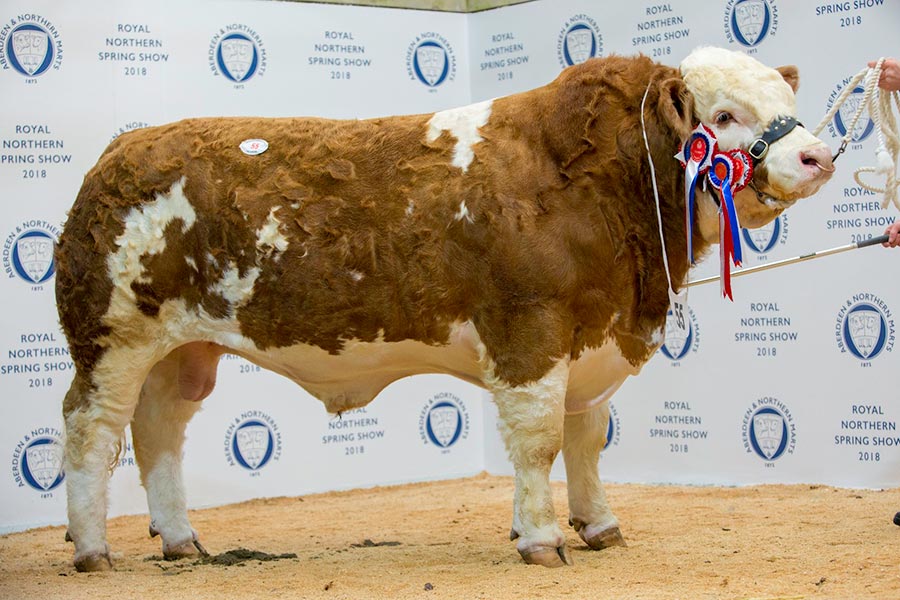 In spite wintry conditions a solid sale was had at Thainstone, topped by Blackford Hero at 13,000gns © Anne MacPherson

Next at 8,200gns was a Charolais from C&E McCrombie, Auchincrieve, Huntly. He was knocked down to E Innes & Son, Deskie Farm, Ballindalloch.

Also of note was a 22-month-old Charolais at 8,000gns, purchased by G Wilson and Sons, Fichlie, Alford. This sire was reserve champion and from JG Wilson, Kinclune, Alford.