A larger yarding of top-quality females met a firm enquiry at Hawes on Saturday (21 January), with trade for Bluefaced Leicester shearlings up £215 on the year and Swaledales £147 stronger overall.

A great day was had by the Smearsett flock, topping trade at £10,200 with sale champion J47 Smearsett, a Bluefaced Leicester gimmer shearling from the Booth family, Feizor, Settle.

The Booths took all first prizes in the pre-sale show. 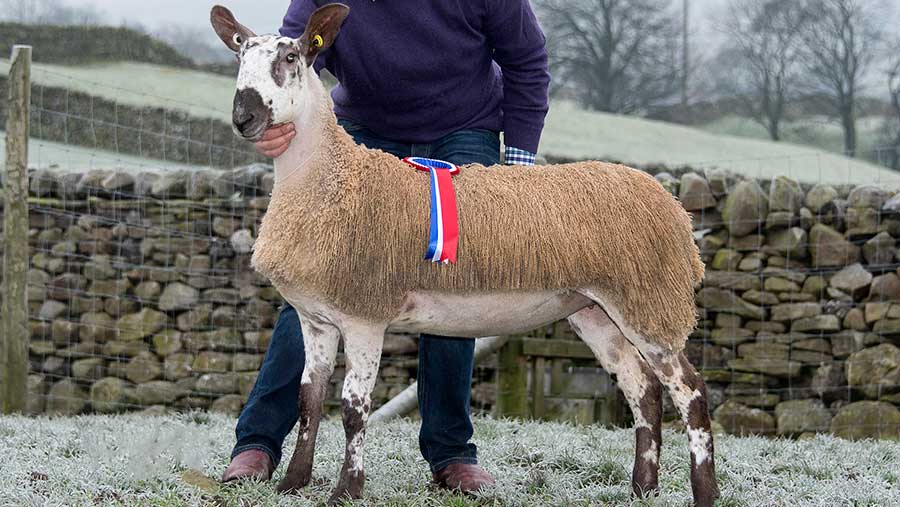 A gimmer hogg from the Booth family made £10,200 © Wayne Hutchinson

Sired by Black Tag B13 Smearsett, the sire behind many of the flock’s best gimmers, the red ticket winner is out of the same ewe as G11 Smearsett and knocked down to a winning call from from Jack Lawson from the Hundith flock and Richard Harker, Grayrigg.

Next were two at £6,000, led by F50 Smearsett, which took reserve champion and caught the eye of Kevin Barker of the Keer flock.

Also at this money was the Hewgill flock with a powerful and stylish lamb from the E1 and D17 Hewgill lines. She knocked down to the Glenshane flock of Michael McKenna, Northern Ireland.

She knocked down to Richard Hargreaves from the Barley flock and is in lamb with twins to G35 Midlock. 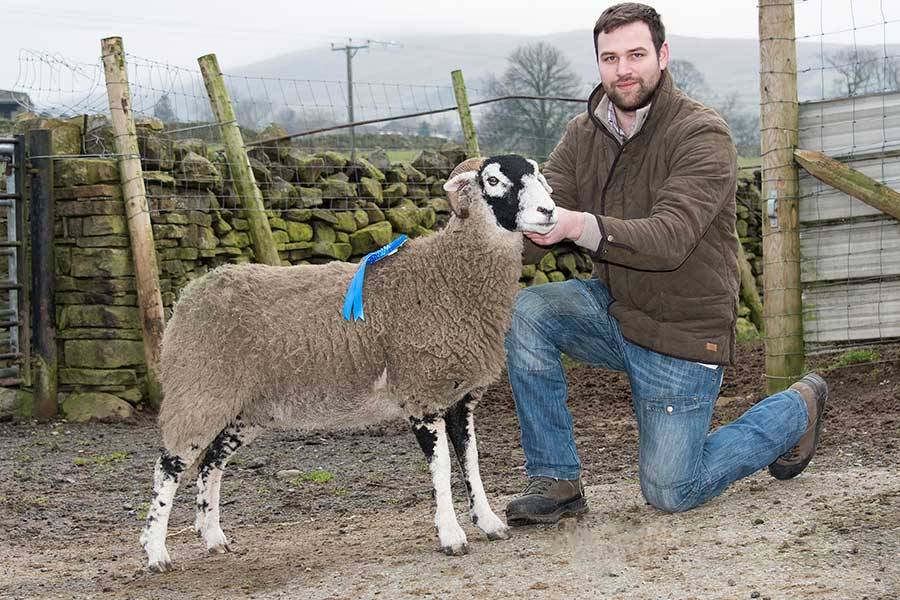 Securing second place in its class, the trade topper caught the eye of T Brogden, Brough, Cumbria. She was sired by a Paul Hallam tup that was by Patch and out of a Skidmore draft ewe and is in lamb with Kisdon Jimmy Choo twins.

Next in the money and in first place was a ewe from W Richardson and Son, Ghyll House, knocking down at £4,000 to J Nattrass, Alston.

Trade hit £520 for an offering from TW and JR Rebanks, Matterdale End, selling to KM and L Throup, Silsden Moor.

Averages were up £87.87 on the year at Borderway’s Bluefaced Leicester female sale on Monday (23 January) and hit 6,800gns with “strong demand” for all types. 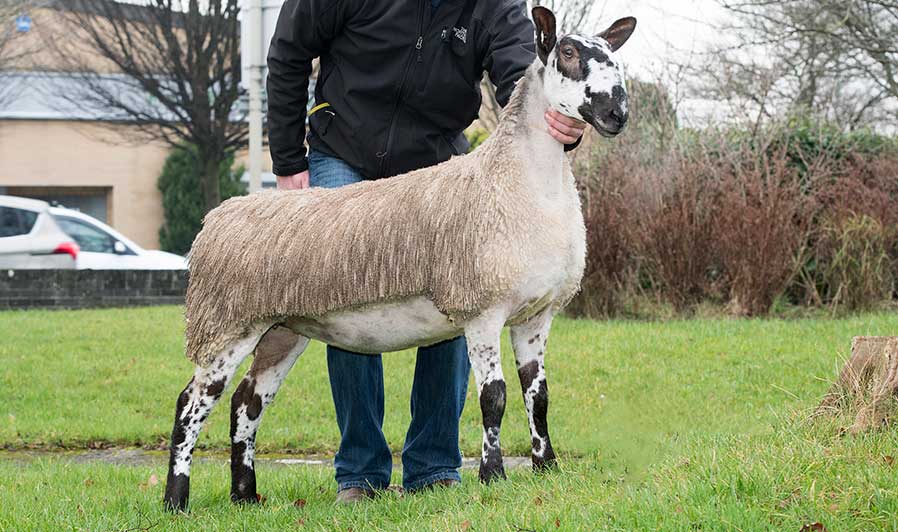 She is by the home-bred G18 Skeughdale, which has sired significant numbers of top-pen lambs that have sold to £470, and out of a ewe by A3 Hewgill.