Their sale topper was WGA1603049, a Milnbank Vantastic daughter out of a Brackenridge Underdog dam and going back to Haddo Kingpin. She sold having been served by Aldan Adonis and with a recipient carrying a single embryo by Cornmore Ace. This one was knocked down to C Bellis, Brynford, Hollywell. 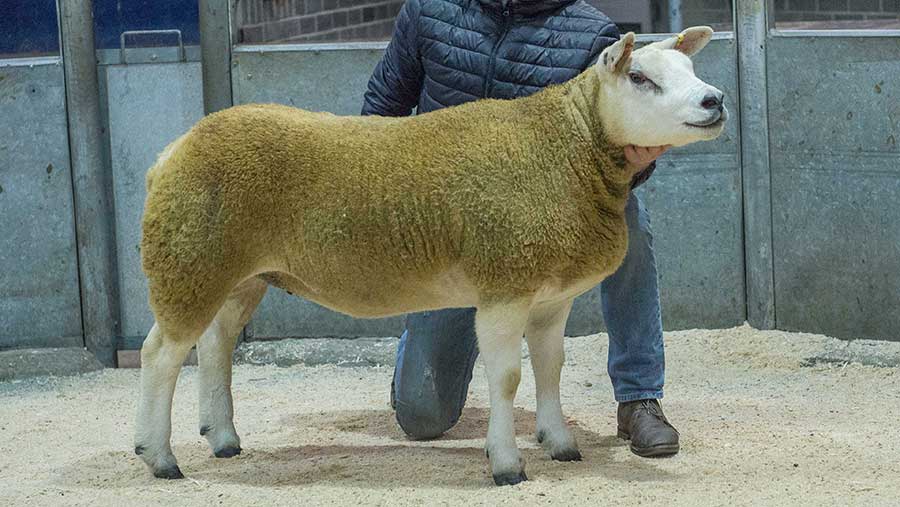 Second best at 3,500gns was a gimmer from the Osborne family’s Durisdeer flock, ORD1605579, a twin-born gimmer by Procters US President and out of a dam by Loosebeare Super Scot.

She was sold in lamb to Bradleys Agent Steel and was the pick of Robin and Caroline Orr for the Halbeath flock, Fife. 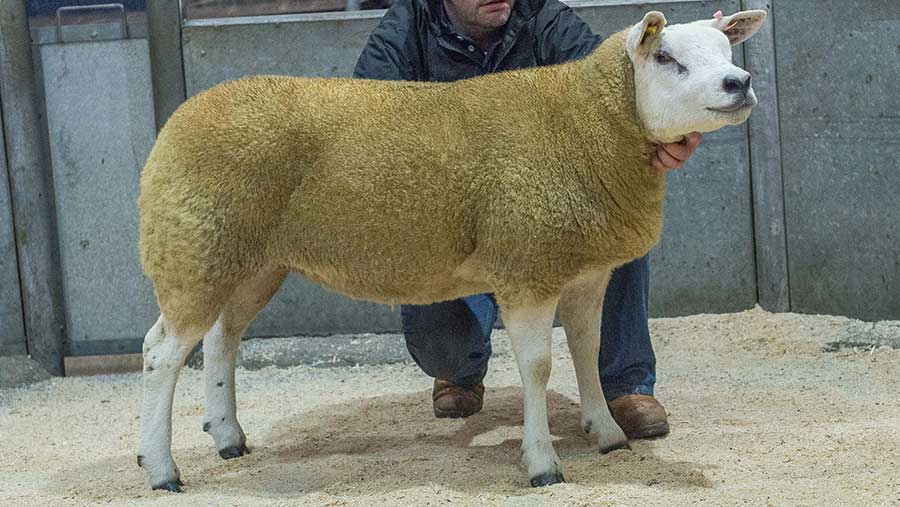 See also: 4 recording methods for sheep compared: which one is best for you?

Sired by Strawfrank Wild Thing, she is out of a Hull House Special Brew daughter and sold carrying to Brijon Youre The Boy. This one sold to Esmor Evans, Mold, Clwyd.

Five animals then traded at 1,800gns, the first two from the Orr family’s Halbeath offering.

First was ONH1600356, a Cambwell Trademark daughter out of a dam by Claybruy Teddy and in lamb to the home-bred Halbeath VIP. She sold to I W Slater, Ophir, Orkney.

The other from Halbeath at this money was ONH 1600400, a daughter of VIP out of a dam by Campsie VMD. She goes back to Haremoss Important and sold in lamb to the 23,000gns Peacehay Ya Belter. Buying this one was Esmor Evans.

Next at 1,800gns came two from the Arkle pen. The first was WGA1602990, a Halbeath VIP daughter out of a dam by Finevalley Triple Crown and in lamb to Cornmore Ace.

She is a full ET sister to the 20,000gns Arkle You Bet and was knocked down to AE Harvard and Co, Sennybridge, Brecon.

The other from the Wilkinsons at 1,800gns was WGA1603034, an Aman Watcyn Wyn daughter out of a dam by Rascarrel Tiulouse. This one had been served by Midlock Yorkie and was bought by Archie Hamilton, Lanark, for the Smyllum flock.

The final 1,800gns call came for one from Peter Woof’s Stainton consignment. This was WPS1600911, a daughter of the home-bred Stainton Wasdale, out of a dam by Sportsmans Tremendous and in lamb to Knock Yankee. She sold with an index of 357 and was bought by S Beachell, Driffield, Yorkshire.