Prices topped at 9,000gns at Carlisle’s show and sale of crossing-type Bluefaced Leicester females on Monday (21 January), although averages slipped back on the year despite strong headline prices.

The trade topper was by G11 Smearsett son K1 Smearsett and out of Asby Hall J21, a G1 Smearsett  daughter and was the pick of two lots catalogued from the Browns on the day.

Next at 8,500gns was a strong ewe from the Greenhow flock of the Allan family, Dufton, Appleby.

This one caught the eye of Messrs Beacom, Fivemiletown, County Tyrone, who was on a buying mission, securing the second, third and fourth highest lots on the day.

This lot was another Greenhow success story after claiming the championship at Hawes the week before.

See also: How a farmer is improving growth and conformation of sheep 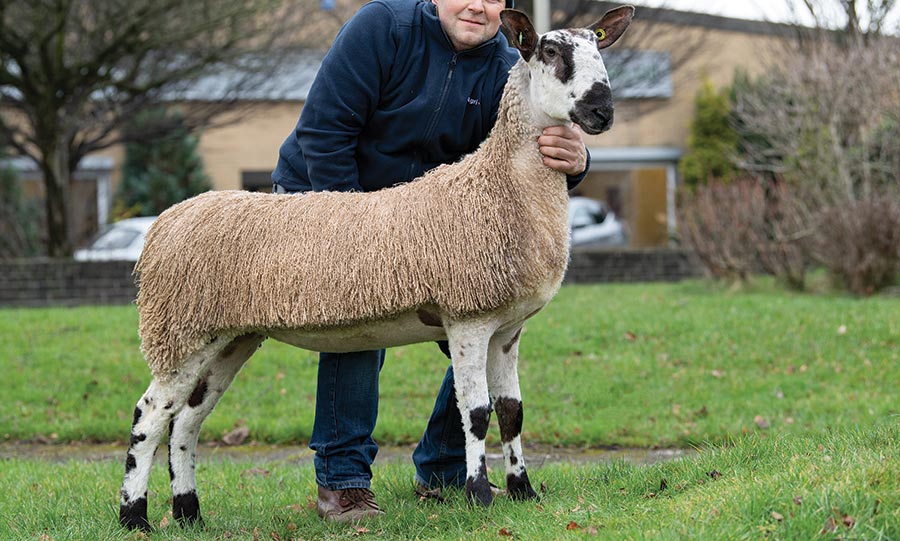 Trade topped at 9,000gns with a K1 Smearsett daughter from Andrew and Mark Brown, Appleby-in-Westmorland

This one is by J2 Carryhouse Jackpot son K1 Riddings and out of the E1 Otterburn Lodge daughter G12 Greenhow and took home the first-prize ewe hogg and overall championship rosettes.

Next at 8,000gns was the Hutchinson family and the Kirkby Redgate flock, Kaber, Kirkby Stephen, with a H1 Skeughdale daughter out of G53 Kirkby Redgate, a daughter of the notable D17 Hewgill. 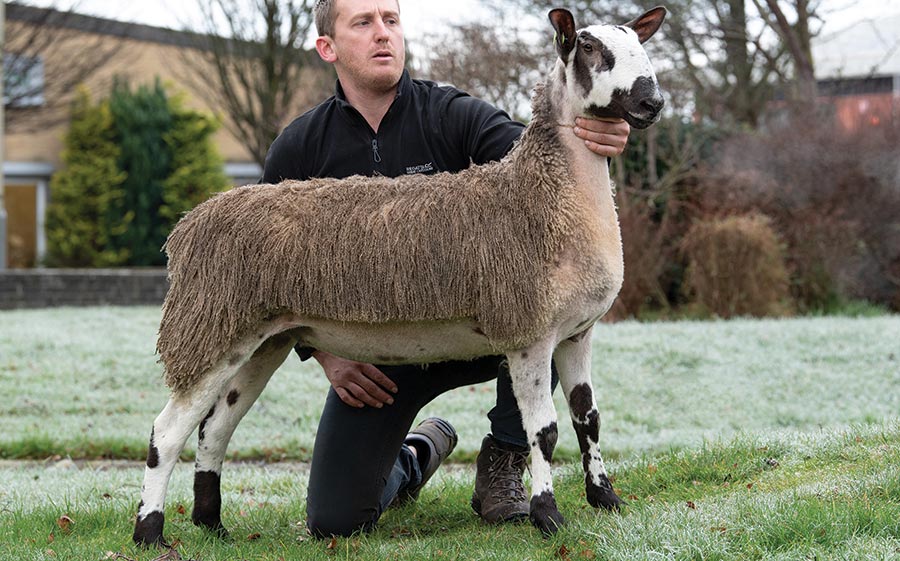 The Greenhow flock saw a 8,500gns bid from Lee Beacom for this K1 Riddings daughter

This one also knocked down to Mr Beacom after taking home the second-prize ewe hogg and overall reserve ticket.

Two followed at 5,000gns, with the first being another bred the same way from the Hutchinsons with Mr Beacom the winning bidder once more.

Matching this was a half-share bid from locals Messrs Allan and Sons, Dufton, Appleby, and Messrs Taylor and Sons, Great Asby, Appleby, from Neil Marston of the Highberries flock, Redmain, Cockermouth. 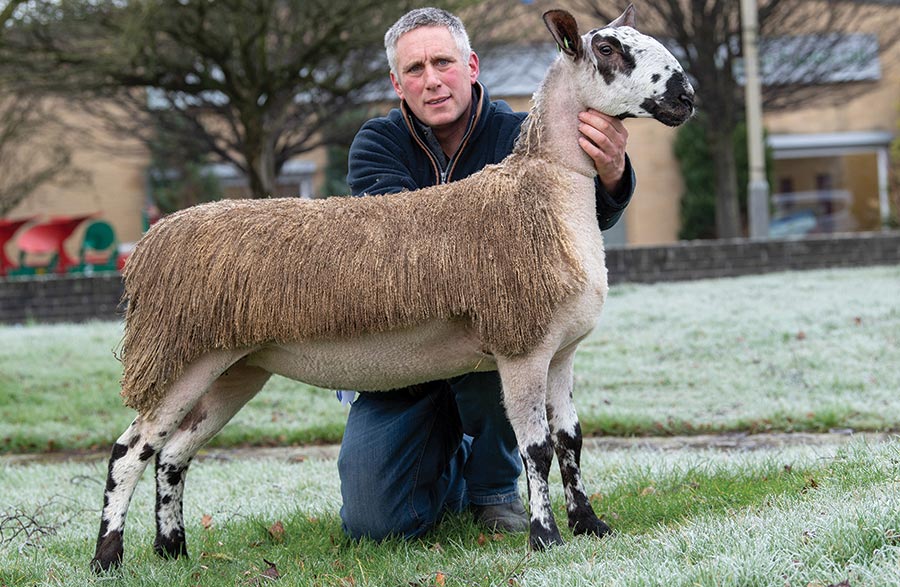 Taking the reserve rosette and 8,000gns was a D17 Hewgill female from the Hutchinsons, Kirkby Redgate

This lot was a recipient carrying embryos implanted on 12 October by Z4 Hundith – the first time such as offering has been made.

The Marstons were having a reduction sale, seeing them sell a batch of in-lamb gimmer shearlings to 2,600gns.

At 4,000gns was a Hewgill entry from Messrs Lord, North Stainmore, Kirkby Stephen, which was knocked down to Messrs Harkin, Strabane, County Tyrone.

This was is a home-bred female out of B41 Hewgill daughter G114 Hewgill and by G49 Hewgill son H45 Hewgill.