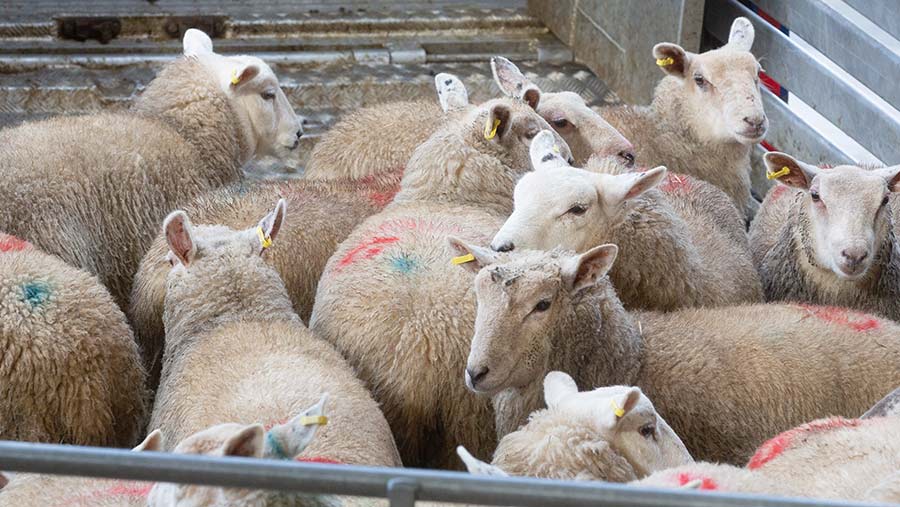 National new-season lamb prices have held firm over the past three weeks, with auctioneers now considering what effect an October Brexit could have on store lamb trade.

Several marts have reported numbers forward earlier than normal – and a month earlier than last year – with some vendors cashing lambs now rather than gambling on August prices.

Currency fluctuations have been supporting export trade in recent weeks, while southern hemisphere production is expected to continue being supportive of British lamb values.

Northern marts are now reporting larger throughputs, with Skipton, Thirsk, Darlington and Acklington all reporting entries of 1,000 head or more over the past week.

A respectable trade has been seen at Carlisle, where trade is back on the year, but numbers are far higher, said Harrison and Hetherington senior auctioneer, James Little.

He said lamb prices are currently firm and the quality of lambs is good, with most lambs coming through at 42-46kg and looking full of meat.

However, he said there are more light lambs at about 35kg, which are suiting the ethnic trade, suggesting vendors are looking to get lambs cashed quickly.

“It’s going to be really hard to value store lambs this back end if we have a tariff on lambs going into Europe after Brexit,” said Mr Little.

“Rather than wait a month for lambs to be at 40kg, some vendors are happier taking 220p/kg now.”

Lambs are coming in lighter than most years, with the mart averaging 41kg, explained auctioneer Drew Kennedy of Craig Wilson Livestock Auctions.

“I’ve seen 44kg averages before, but people are taking the 210p/kg for lighter lambs and getting them shifted,” he told Farmers Weekly.

The past three weeks had seen double the numbers forward compared with last year, following a good lambing and spring period.

Looking ahead, he said throughputs could be maintained, with people looking to finish lambs rather than selling them as stores.