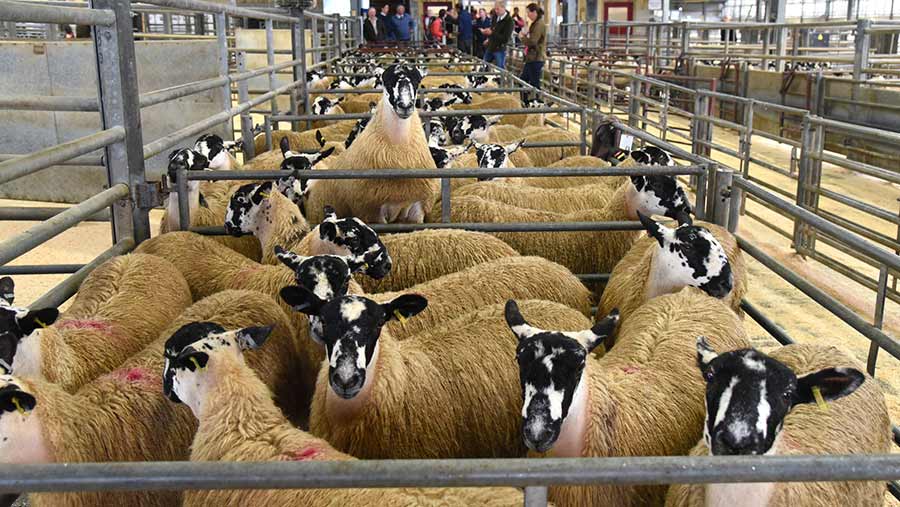 Livestock trading continued amid uncertainty as farmers waited for clarity on Brexit and dealt with growing criticism from the anti-meat lobby.

However, ample grazing for most of the year, good silage yields and falling cereal values helped margins.

A largely plentiful harvest on grassland and cereal farms means costs should be lower on livestock farms than last winter, said consultants.

Figures from AHDB, Kingshay and Promar suggest average winter concentrate prices are £233/t. This is down from a peak of £251/t in February this year, but still more than £20/t dearer than the five-year average.

But with arable farms across the length and breadth of Britain struggling to drill winter crops, this is expected to make straw feed dearer towards the end of 2020.

A 28% rise in spring barley area is forecast for 2020, which has already played a part in pushing feed wheat £10.50/t dearer and barley £6.30/t more expensive in November, with analysts expecting further increases into 2020.

One of the biggest talking points in the livestock sector last year was the continued discounting of prime cattle by the processors.

British steers averaged 321-326p/kg from July to mid-November, with cattle £180 a head back on the year, although cheaper stores and cereal may have helped finisher margins in late 2019.

The extent of the long run of low prices sparked industry outrage in late summer, culminating with an Efra (Environment Food and Rural Affairs) committee hearing in October, chaired by MP Neil Parish.

The knock-on effect was felt in stores, suckled calves and dairy calves by late summer.

However, store markets are seeing renewed interest in UK cattle from Irish finishers, with talk of some of the glut already being worked through and China’s African swine fever (ASF) problems supporting confidence. 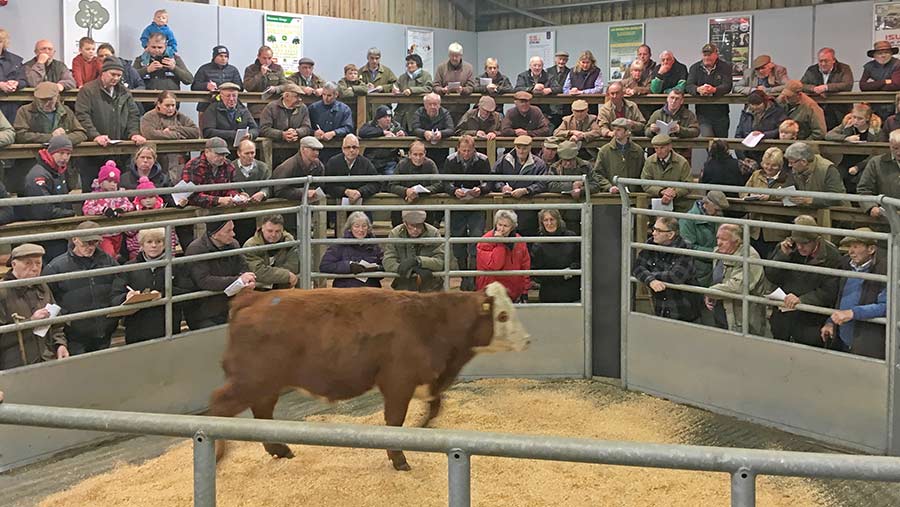 Lambs rally after Brexit no show

Auctioneers reported buoyant store lamb trade last autumn and some trades were a touch firmer on early 2019 sales, when the drought limited grass keep and root crops in eastern counties.

A very mild, early spring and good lambing conditions allowed early lambers to finish in line, if not slightly ahead of typical dates.

Wet summer and autumn weather necessitated supplementary feeding, but farms speculating on an autumn lift in trade were rewarded to the tune of 20p/kg or more.

Some marts saw SQQs consistently at 195-200p/kg late in 2019, meaning some lambs appreciated £10 a head through November.

Mr Bevan says the lamb market outlook for 2020 is favourable, providing trade with the European Union is maintained.

ASF in China has led to 25% of the world’s pig population being killed to control the disease, although Chinese authorities plan to have pig production back to 80% of normal levels by the end of 2020.

This has led to forecasts of New Zealand imports remaining restrained.

“While recent announcements from retailers committing to UK lamb are welcome, the consumption of lamb will come under further pressure if high farmgate prices feed through to the shop shelf and restaurant menus.

“High prices will also strengthen the motivation from scientists and researchers to develop alternative protein sources, though beef is more vulnerable than lamb to lab-grown meat in the coming decade,” Mr Bevan says.

And with AHDB forecasting 150,000 fewer hoggets carried over into 2020 than last year, Mr Bevan queries whether farms will be tempted to cash in breeding stock in early 2020 if prices are high and supply is tight.

“Fearful of the potential consequences of a bad Brexit deal, some might take the money while they can, look to scale back and sell breeding stock,” he says.

Commercial dairy cattle were a flying trade for most of 2019, with auctioneers predicting that strong prices will continue to be supported by bovine TB culling. 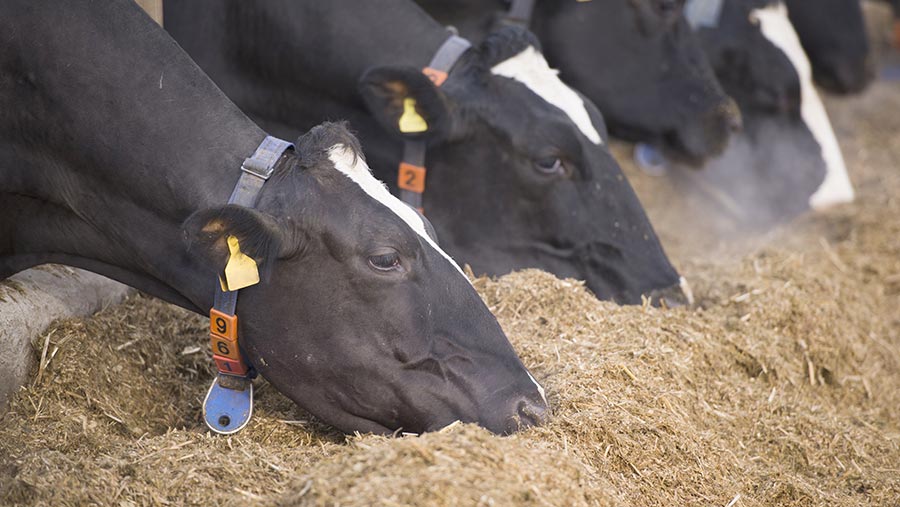 High butter prices back in 2017/18 left their mark on the liquid milk sector in 2019 after food manufacturers opted to reduce or remove butter from manufactured foodstuffs.

This contributed to a 60% drop in UK wholesale cream prices due to cream being used to make butter. This cost processors approximately 3p/litre last year, say AHDB analysts.

The liquid sector as a whole has seen farmgate milk price cuts of 1.3-4.8p/litre to reflect this drop.

Processor cream income fell from 11.6p/litre to 8.5p/litre in the year up to October, the AHDB has calculated.

This is according to AHDB Dairy, which has warned that farmers supplying the liquid sector could see lower returns in 2020 as manufacturers look to recover margins.

UK milk production is set to drop due to a smaller herds and lower growth in yields compared with 2018/19, when farms fed higher amounts of concentrate through the winter when forage was tight.

Global demand for product is expected to grow ahead of supply, helping prices overall. However, China’s ASF problems will limit global whey prices.