Averages were buoyed by spirited pedigree and commercial bidding at Carlisle’s Limousin sale on Saturday (20 February), as 11 lots passed the 10,000gns mark.

Topping the trade at 42,000gns was the Goldies Jackpot son Pointhouse Paul, from Irish breeder Michael Diamond, Garvagh, County Derry. This September 2019-born embryo calf is out of the home-bred Pointhouse Jewel. 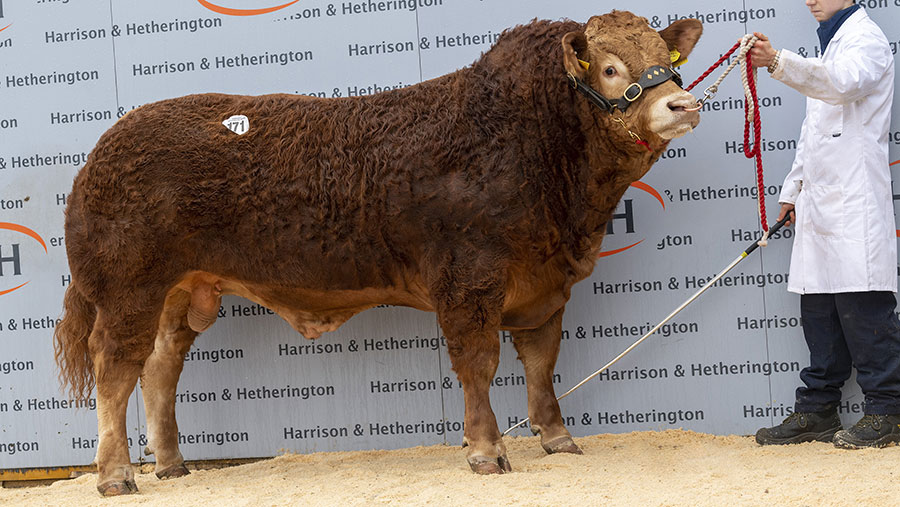 Paul displays two sets of the F94L myostatin gene and is in the top 10% of the breed. He was knocked down to the Foxhillfarm herd of Michael and Melanie Alford, Cullompton, Devon.

“This easy-calving sire is quite possibly one of the widest double-F94L-gene-carrying bulls we’ve seen,” said the Alford family.

Next at 30,000gns was Cloughhead President from GL Hutton, Keswick, Cumbria, which was the opening lot of a run of four sires that averaged 16,500gns. President is by home-bred stock bull Loxley and out of Cloughhead Cindy, which has a French-dominated pedigree.

The April 2019-born calf had a short journey home to join the Whinfellpark herd of Messrs Jenkinson, Clifton Moor, Penrith. 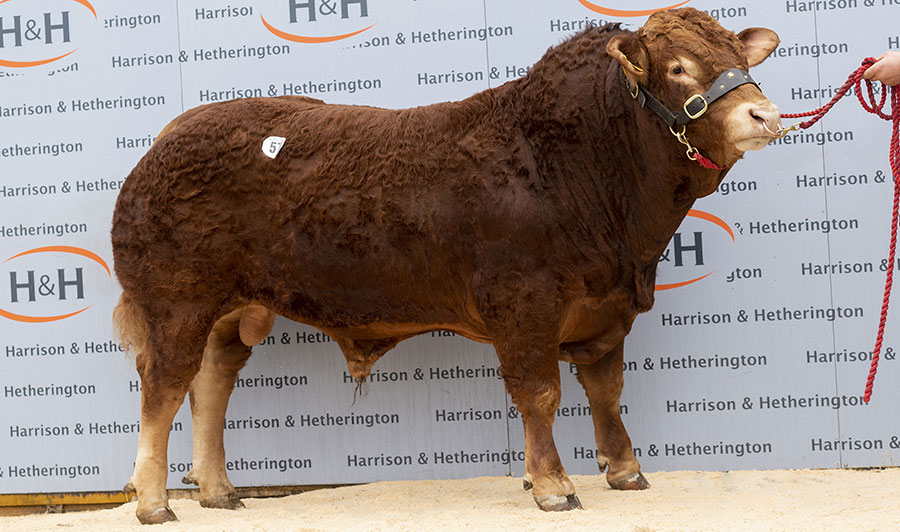 A call of 30,000gns was made by Hartside Farms, Biggar, Lanarkshire, for Goldies Positive, which was sold in a two-way split, with breeder Bruce Goldie, Townsfoot, Dumfries, retaining a share.

Positive is by Goldies Nimble and out of Goldies Lisette, which is a full sister to last year’s 30,000gns trade toppers Goldies Owain and Olympia. 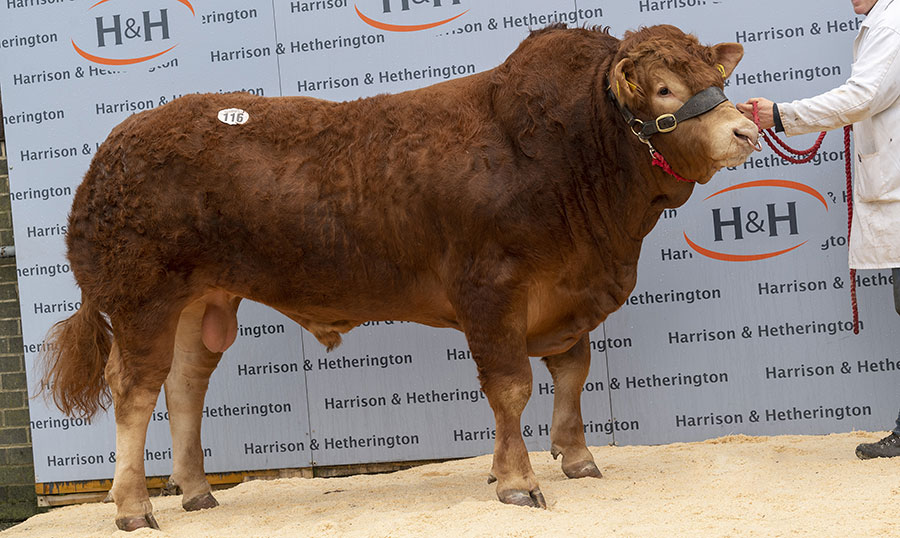 Close behind at 25,000gns was another bull from the Hutton family, Keswick. The June 2019-born Cloughhead Patrick is the first Twemlows Morpeth son to be offered for sale, after Morpeth was bought by Cloughhead in May 2018 for 20,000gns. 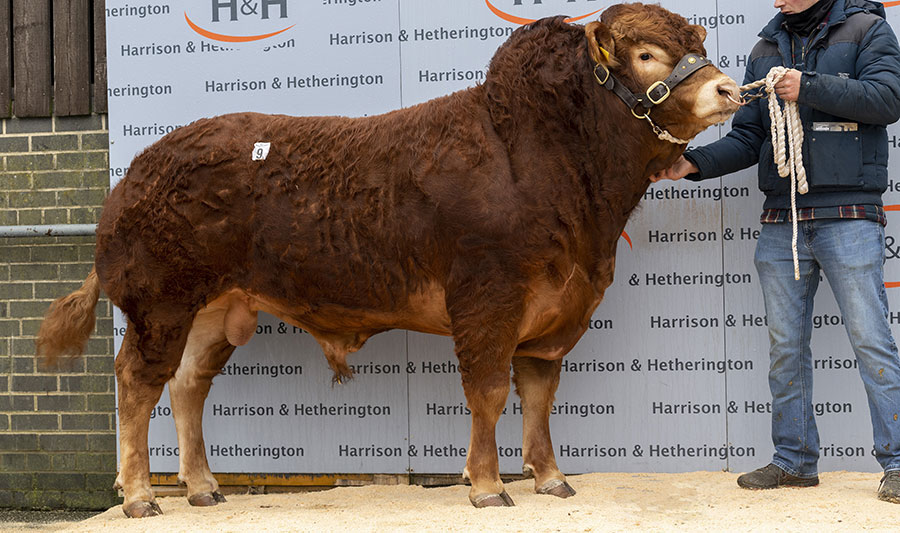 He was bought by J Pritchard, Rochester, Newcastle, for his recently established Evistones herd.

The Goldies herd then sold to 19,000gns to ML Howatson and Son, Nantglyn, Denbigh. They took home Goldies Pilot, a June 2019-born embryo calf by Goldies Fandango and out of the home-bred Goldies Flair.

Female trade was led by an entry of seven females from the Norman Farming Company of Norman Pattern, Little Orton, Carlisle.

Trade topped at 6,000gns with the Norman Largo daughter Norman Pattern, which goes back to Plumtree Fantastic. She joined the Whitfell herd of J and L Hoggarth, Ulpha, Cumbria.

The Anside Loki daughter Norman Popcandy made 5,000gns, and Norman Pam – another Largo daughter – made 4,500gns.

The Barrons herd of W Barron, Burnhope, Durham, saw 3,800gns bid twice. The first was for Barrons Rosalie, which sold to Messrs Allinson of the Westbriscoe herd in Baldersdale, Barnard Castle. Rosalie is a yearling heifer by Barrons OJ and out of the Lodge Hamlet daughter Barrons Mango.

Matching this was Barrons Rizme, which is out of a Simpa daughter and by Barrons Major. She was knocked down to DE Evans, Esmors herd, Mold.