Society chief executive Peter Phythain said he was “absolutely delighted” with the sale, despite all of the doom and gloom in the industry at the moment and the uncertainty of Brexit.

Sale leader at 13,000gns was the class-winning Thrunton Nugget, a May 2017-born son of the home-bred pairing Thrunton Gladiator and Thrunton Hoopla, who goes back to Thrunton Doubletop.

He was offered for sale by JHC Campbell and Sons and purchased by Kevin Thomas, Newcastle Emlyn, Carmarthenshire. 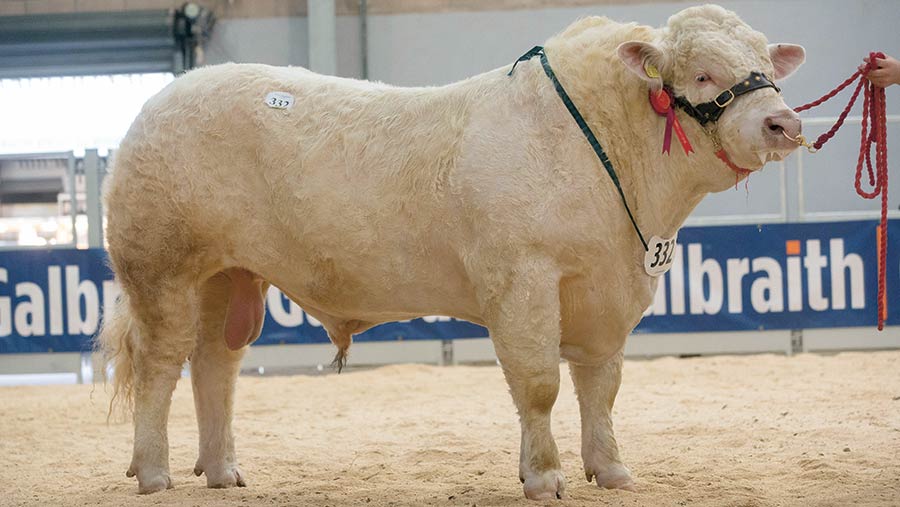 The Campbell family went on sell a total of four bulls to average £9,896.25 and their next highest priced at 10,000gns was the 16-month-old Thrunton Nike, who is also sired by Thrunton Gladiator but this time out of the 22,000gns Newhouse Bigal daughter Thrunton Exquisite.

He was purchased by AJ Maclean, Scarinish, Isle of Tiree. 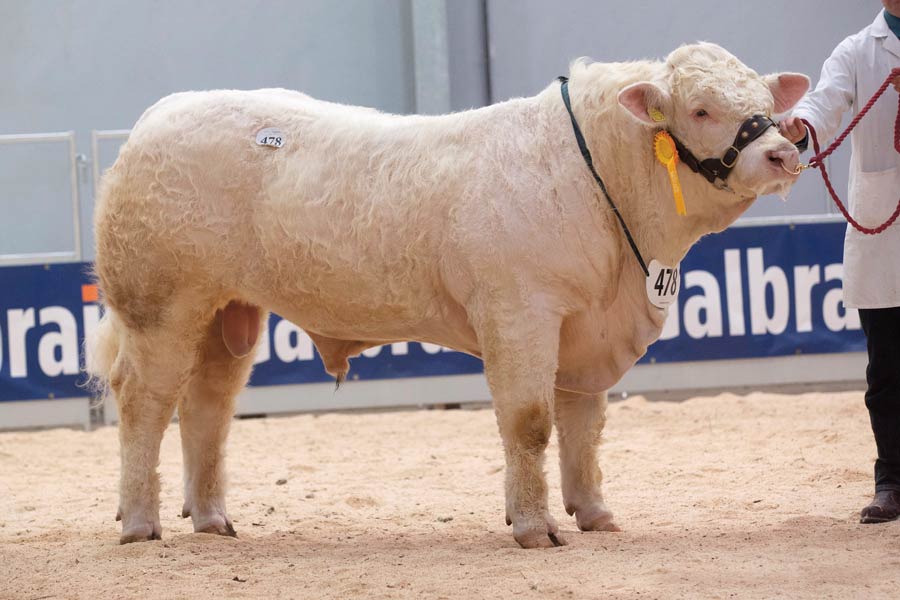 The second highest price on the day of 12,000gns went to presale senior champion Inverlochy Nelson, a 21-month-old, who was bred and exhibited by father-and-son team John and Raymond Irvine, Tomintoul, Banffshire.

He is sired by the Highland show supreme champion and Irish-born Kilbline 1 Instigator and out of Inverlochy Gypsum, a daughter of the Black Isle show champion Lochend Apache.

He went to work in Crawford, Lanarkshire, for Mr and Mrs JJ Wight. 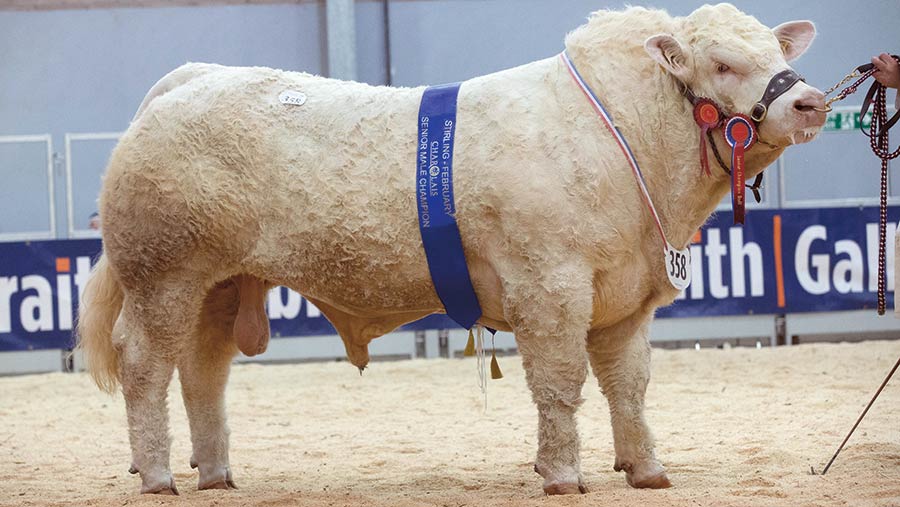 The first was an entry from Alasdair Houston, Gretna Green, Dumfries-shire, which caught the eye of T Smith and Son, Alford, Aberdeenshire, when he was tapped out first in his class at Monday’s pre-sale show.

Gretnahouse Neverland, a June 2017-born son of Westcarse Jimmy, who has sired more than 40 progeny in the herd since his purchase in 2016, is out of the Gretnahouse Ultimate daughter, Gretnahouse Daisy. 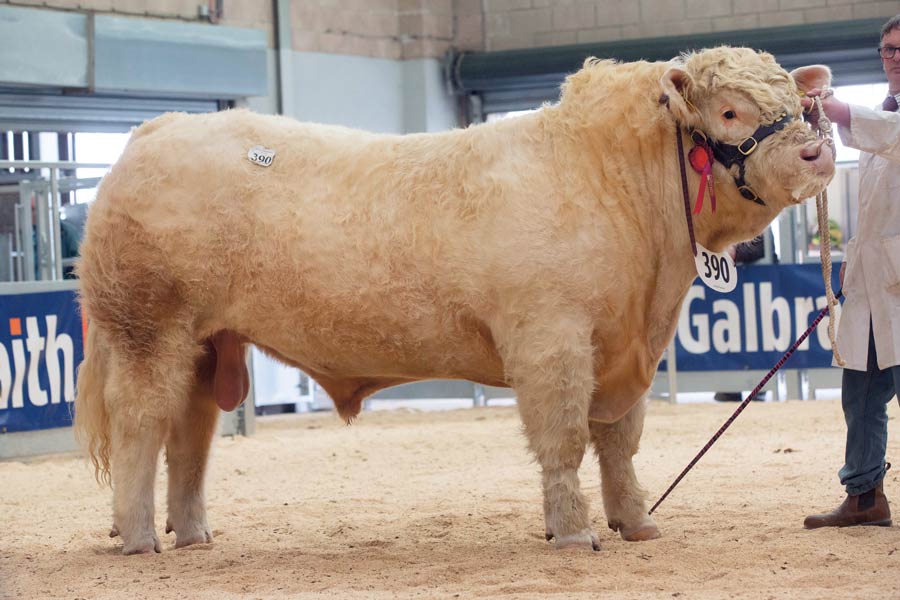 Matching the 11,000gns price tag and this time selling to JG Wilson, Glenkindie, Aberdeenshire, was the 18-month-old Harestone Nighthawk, out of Harestone Brigette, who goes back to the Royal Highland Show supreme champion Harestone Ronsard and sired by the 12,000gns Balmyle Addition.

He was bred and exhibited by R and N Barclay, Insch, Aberdeenshire. 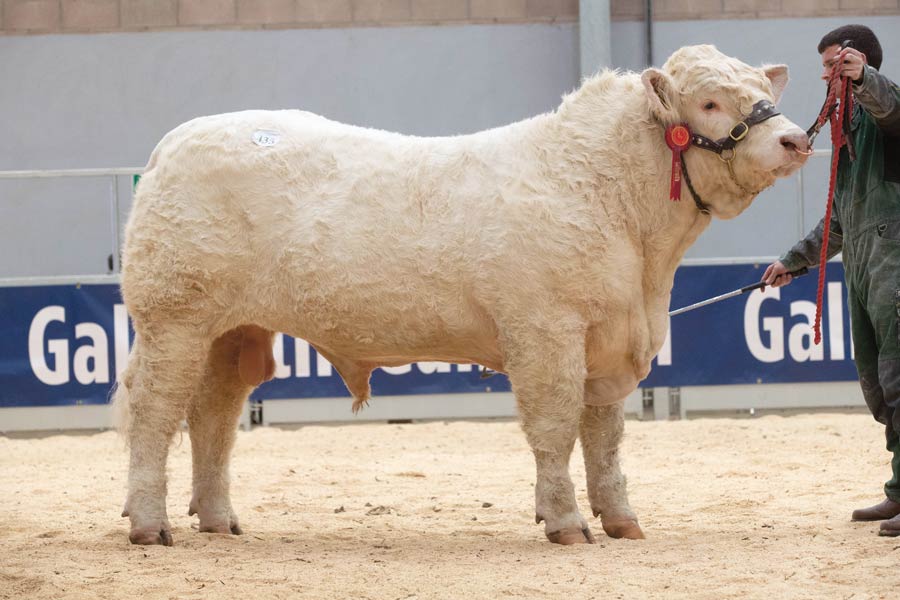 At the same money was Goldies Navigation, offered for sale by Hamish Goldie, Ruthwell, Dumfries-shire.

This 18-month-old son of the 15,000gns herd sire Gretnahouse Heman, who has bred more than 120 progeny into the herd, is out of Goldies Hazel, a 12,000gns Goldies Elation daughter. Buyer was GA Mackie, Rescobie, Angus. 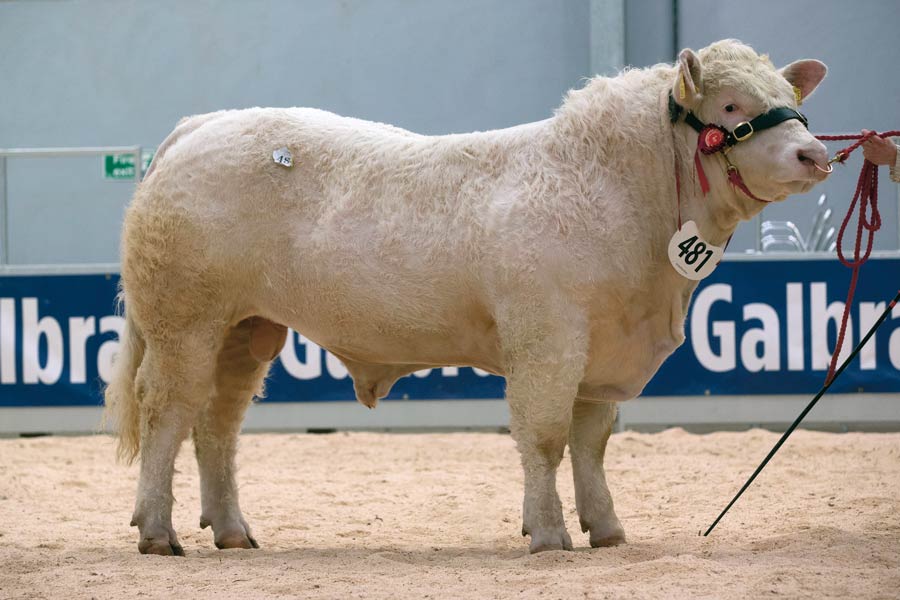 Next in the trade stakes and the final one at five-figure sum of 10,500gns was the September 2017-born Killadeas Noah from Stuart and David Bothwell, Ballina Mallard, County Fermanagh.

Purchased by J Warnock, Broughton, Lanarkshire, he is sired by Blelack Blackberet and his dam is Killadeas Hazeline, a daughter of the 16,000gns Stirling supreme champion Blackford Dynamite. 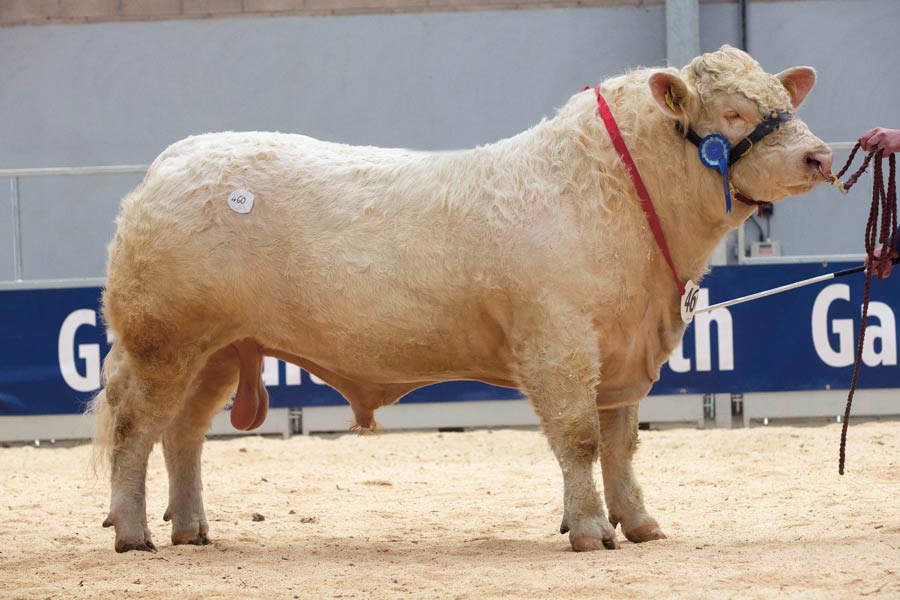 The reserve supreme and intermediate champion, Balthayock Nanook, from Major Walter, Balthayock, Perthshire, made 9,500gns when selling to for WJ Millar of Tealing, Dundee. 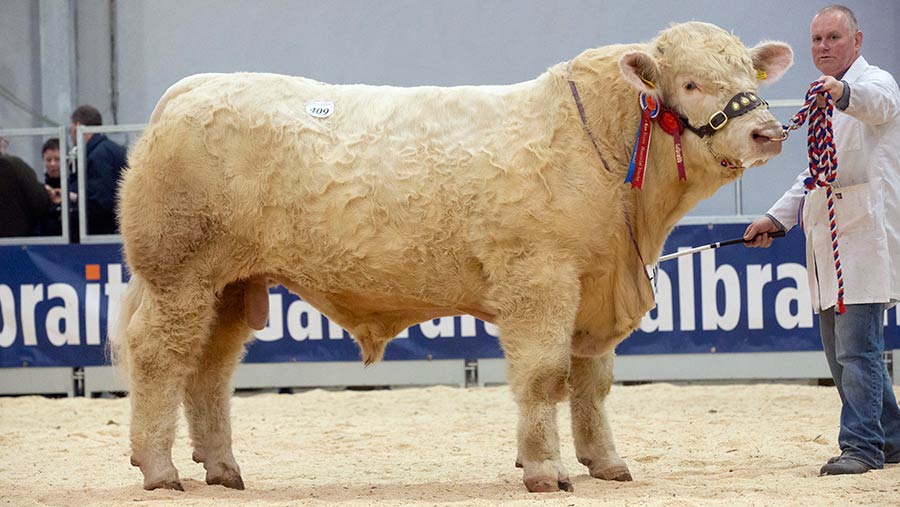 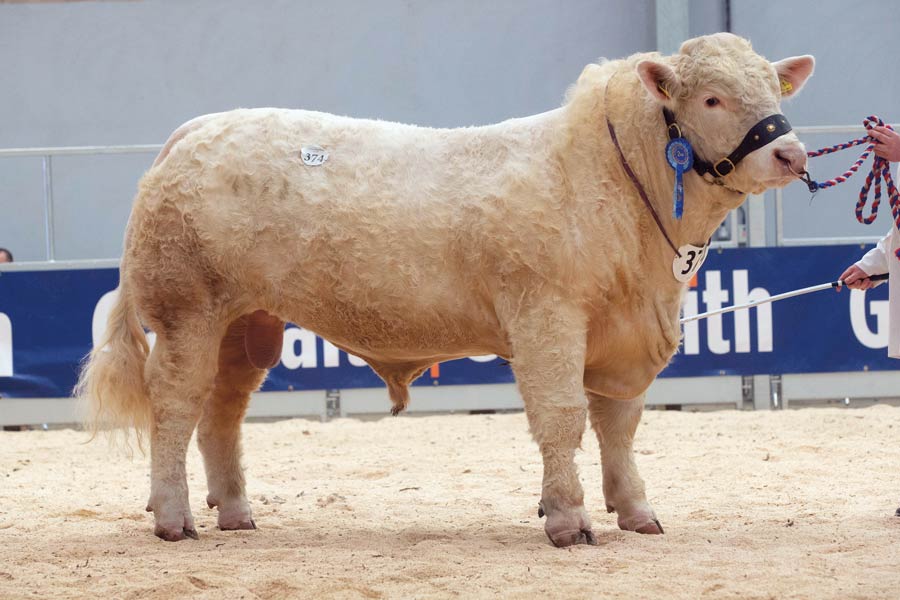 Females topped at 5,800gns for the 12-month-old Formakin Opal from the McMurrich Partnership, Causewayhead, Stirlingshire.

Sired by the French-bred Hercule and out of the Balthayock Matthew daughter and Stars of the Future class winner Formakin Licorice, she was purchased by the Rettie partnership.

The sale featured the dispersal of the Alsnow herd of Alan R Lawson and Son, whose females sold to a top price of 8,500gns for Alsnow Enchantress and her female calf at foot, Alsnow Olwen.

Enchantress has produced two RHS-class winning daughters and is sired by Blelack Roger, while her dam is Alsnow Victoria, which goes back to the 25,000gns Perth supreme champion Thrunton Socrates.

Her daughter Olwen is sired by Blelack Immaculate and the set were purchased by N and R Barclay.