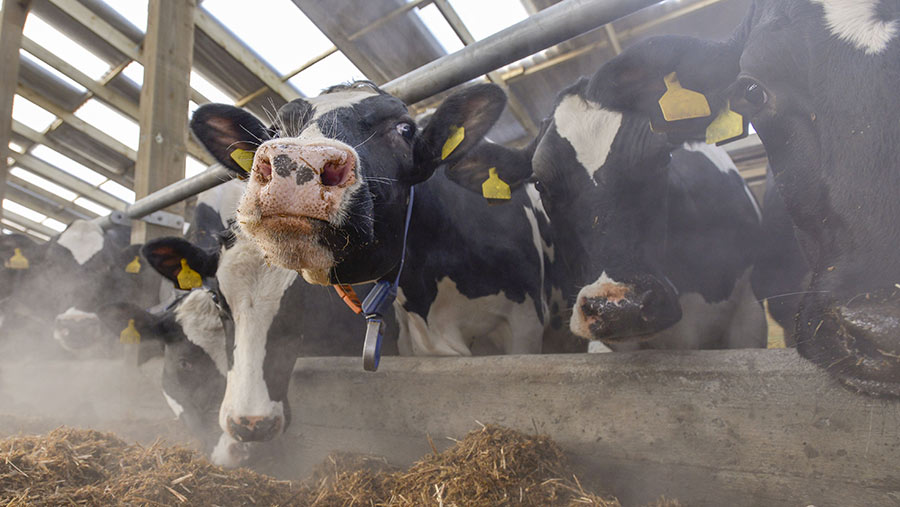 Average heifer prices have slipped back £60-£70 a head since prices peaked in midsummer at more than £1,500, but still remain historically very high.

And despite prolonged wet weather forcing cows to be housed earlier than last year, there appears to be no let-up in trade.

See also: Advice for rearing heifers from weaning to calving

Supply is being helped by local farmers dispersing their herds as they calve, while demand is being supported by flying herds and farms under bTB restriction with licences to buy.

This is according to auctioneer Huw Evans of JJ Morris, who said cows are in demand.

“We had an on-farm dispersal last week and people seemed to be looking for strong cows,” said Mr Evans. “When they need to replace big numbers, they like older cows that are proven and producing a lot.”

He added that tight deadlines on licences for restricted farms sourcing cattle meant people had a limited time to buy in stock, which put a bottom and a top in the market.

Cows are already housed in the North West, where dairy auctioneer Glyn Lucas, of Harrison and Hetherington, has seen standard commercial heifers make £1,450-£1,500 and the best end hit £1,800-£2,000 and more.

Mr Lucas said trade was buoyant for high-quality animals, but demand had waned slightly for second-class animals, with less production, strength and condition.

He stressed that pedigree animals were also a good trade, with lots of commercial interest in pedigree Holstein-Friesians with 50-60t+ mothers and grandmothers.

“Pedigree means profit,” said Mr Lucas. “They don’t buy them for the bit of paper – they buy them because they will last six lactations, so that extra £300-£400 is worth it, as their lifetime yield could be double.”