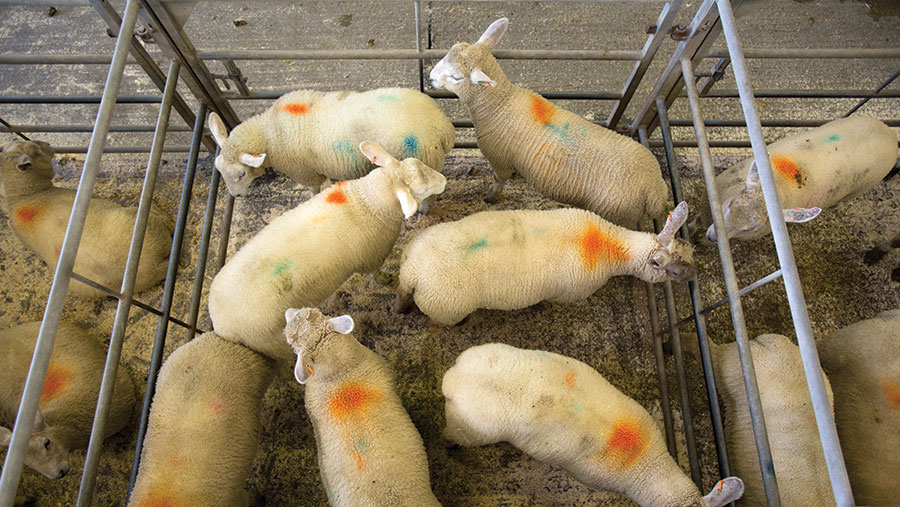 Frantic buying at livestock markets amid the coronavirus has seen new-season lambs hit 300p/kg, with national averages up £32 a head on the year.

There have been concerns that New Zealand sheep shipments destined for China could be diverted to Europe, but the AHDB said product is largely being diverted to the Middle East.

Old-season lamb SQQs rose to 251p/kg on Monday – up more than 50p/kg on the year – and a small entry of new-season lambs averaged 295p/kg.

But auctioneers fear high prices could be short-lived once people have filled up their freezers.

Mr Ashton said he had spoken to one abattoir buyer who explained many customers, including the French, were panic buying in case the government closed export borders.

“If they were to close the borders, we could see trade drop like a stone,” added Mr Ashton.

Farmers had been turning up in their droves and, on Saturday, the market had to turn away 500 sheep as mile-long queues of lorries and trailers sought entry to the market.

“I think people got it in their heads markets would close at some point.”

Mr Ashton assured vendors and buyers alike it was “business as usual” and advised producers to take advantage of trade now.

He said extra precautions were being made to protect older farmers or those with underlying health issues by offering them unloading services.

Buyers turned out in force, resulting in a flying trade for 1,133 hoggets at Monmouthshire on Monday (16 March).

He said this was being driven by exporters and ethnic trade, with many regular Wednesday buyers in attendance at Newland Rennie’s Monday sale as it tries to keep up with soaring demand.

“We had tremendous trade on hoggets, and cull ewes averaged £97 and sold to £177 twice,” Mr Davies said.

He added the market was taking precautions by providing more hand-washing facilities and offering a drop-and-go service for vendors.