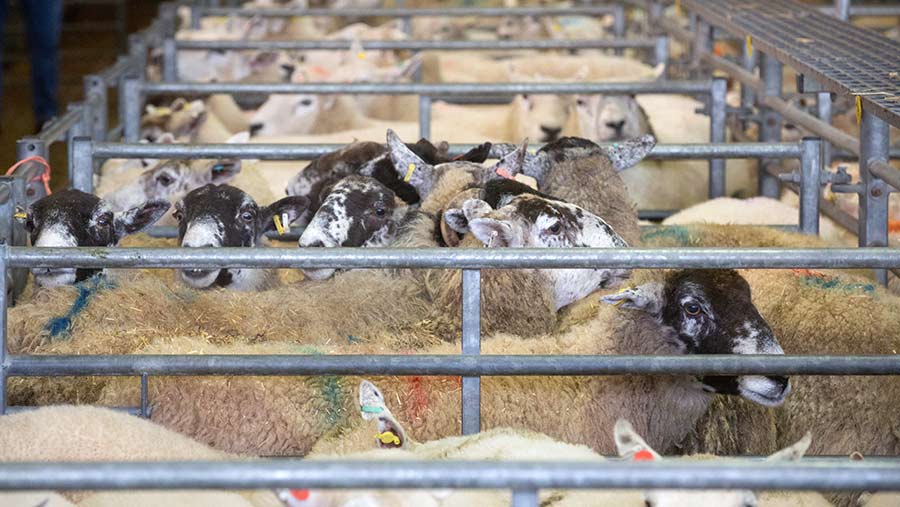 A trend towards stricter spring culling policies has resulted in a steady throughput of cull sheep at some UK auction marts, which have met a rising trade through the lambing period.

The GB average price for cull ewes has risen £10 in the past month, with auctioneers predicting further increases ahead as the main lambing season gets under way.

Numbers have remained strong at Monmouth this year and have only recently tightened during the main lambing season.

Before this, about 800-1,000 head were being sold weekly since January.

Market manager Phil Anstey said: “Lamb prices are nothing like last year, when New Zealand lamb went into China. If lamb prices go up, the cull ewe trade will follow.

“A lot of sheep were £20 a head back on the year in the autumn sales.

This has meant some people bought in plenty of replacements and can cull hard.”

Hill-bred sheep have gone £7-£8 a head dearer and heavier ewes are £5-£6 a head dearer this month at Longtown, where a relatively kind winter has kept ewes in good condition.

“Numbers could tighten in March and April when farms are lambing and cull ewe trade could go dearer still,” said Mr Walton.

Mr Walton said “overfat” sheep have been very hard to cash, which he partly attributed to Food Standards Agency regulations on carcass temperature when leaving abattoirs.

“When they are chilled, the fat solidifies and the ewes don’t look as appealing as the leaner ewes.