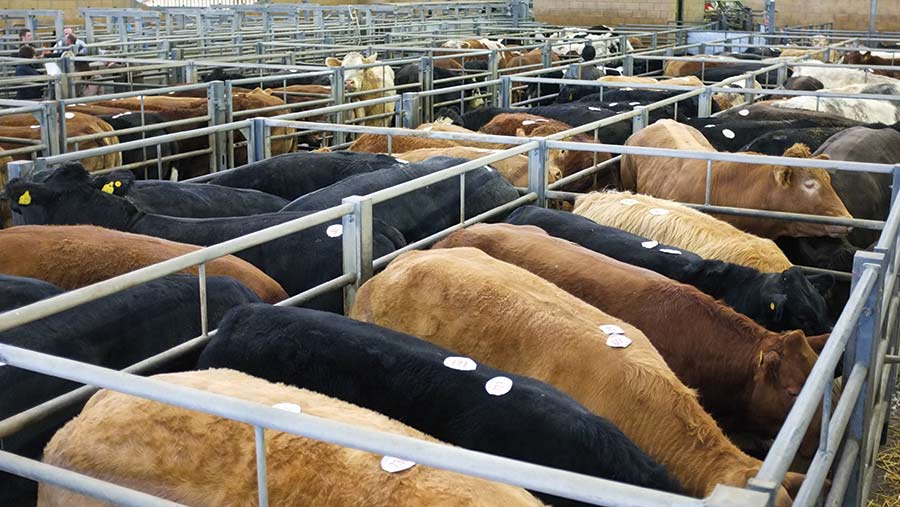 Cattle and prime lamb prices continued to firm last week, with the SQQ up to 183p/kg and prime steers at 208p/kg, both about 10p/kg dearer than at the end of November.

Prime bulls have stagnated around the 180p/kg mark, but heifers, like steers, have lifted 10p/kg in the live markets, rising to 218p/kg, with Christmas sales helping to lift trade.

However, deadweight prices are continuing a fall that began in late September, with reports suggesting backlogs at abattoirs. Steers averaged 356p/kg as December began, although indications are that this has fallen further.

Quantity was back on the week but quality was up at Darlington, with 1,196 head hitting a SQQ of 195p/kg, up 16.9p/kg on the week, according to AHDB Beef & Lamb figures.

A Limousin bull from AG Watson and Sons, Nunstainton Grange, made 214p/kg (£1,540), selling to JA Jewitt, Spennymoor. A British Blue from D Richardson and Co, Bracken House, made £1,614, selling to R Pearson.