A Red and White Ayrshire came to the fore in the dairy interbreed championship at the Livestock Event’s National Dairy Show, winning the supreme title under County Down judge Ashley Fleming. 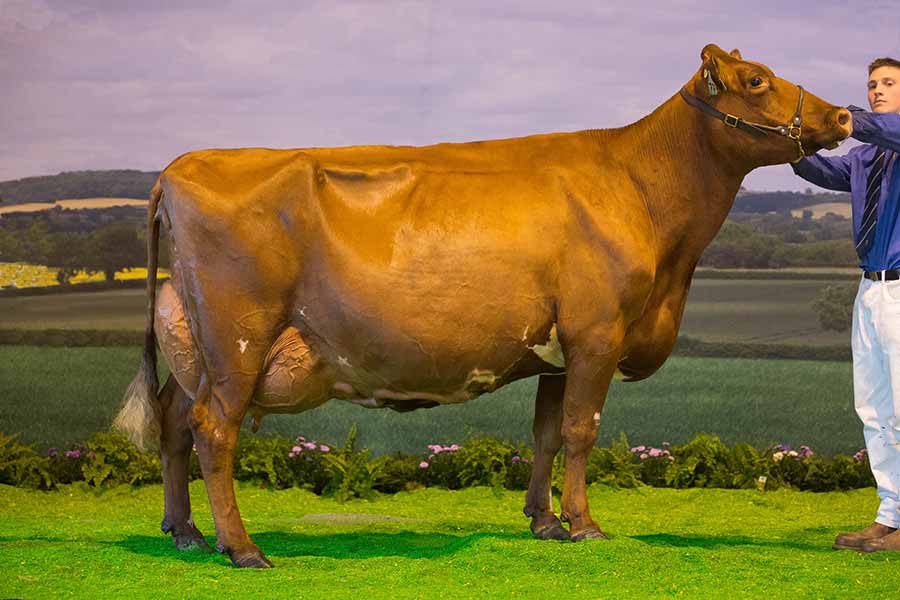 See also: More news and results from the 2016 Livestock Event

Daniel McGarva, who was attending the show for the first time, was delighted he had taken the decision to exhibit. He paid tribute to Ayrshire Young Breeders UK, which had prepped her for the show and took her through her paces in the showring. “She is looking tremendous,’’ he said. “I don’t think you can fault her as a cow.’’

It was Horseclose Joanna’s first show this year, having won breed championships at Moffat Show in previous years. 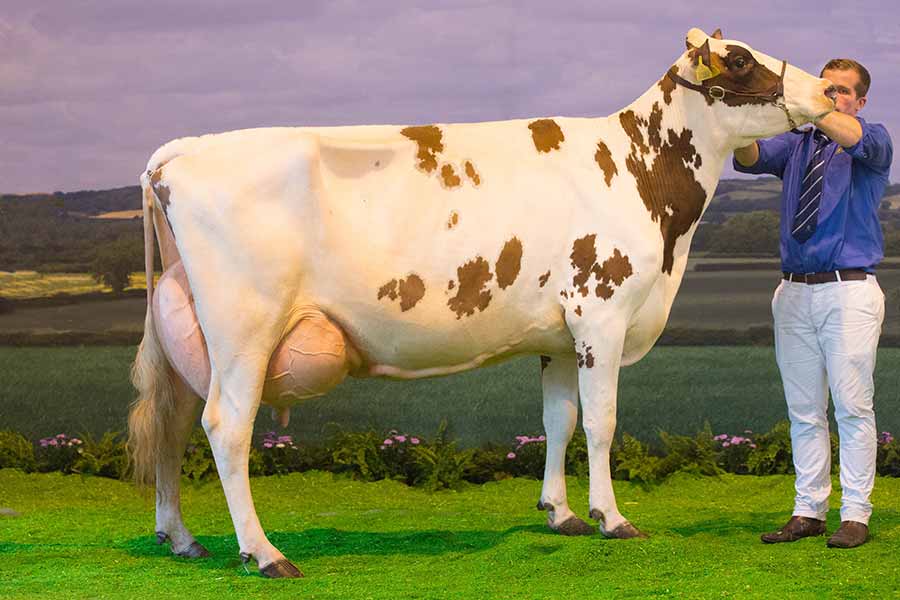 Sired by Ardmore Crown Napier and out of Cuthill Towers Ray 26, she last calved in May and is currently yielding 50 litres a day at 4% butterfat and 3.2% protein.

The leading lady in the British Friesian section was Sam and Wendy Howarth’s Raby Jasmine 59, from Pickering, Yorkshire. 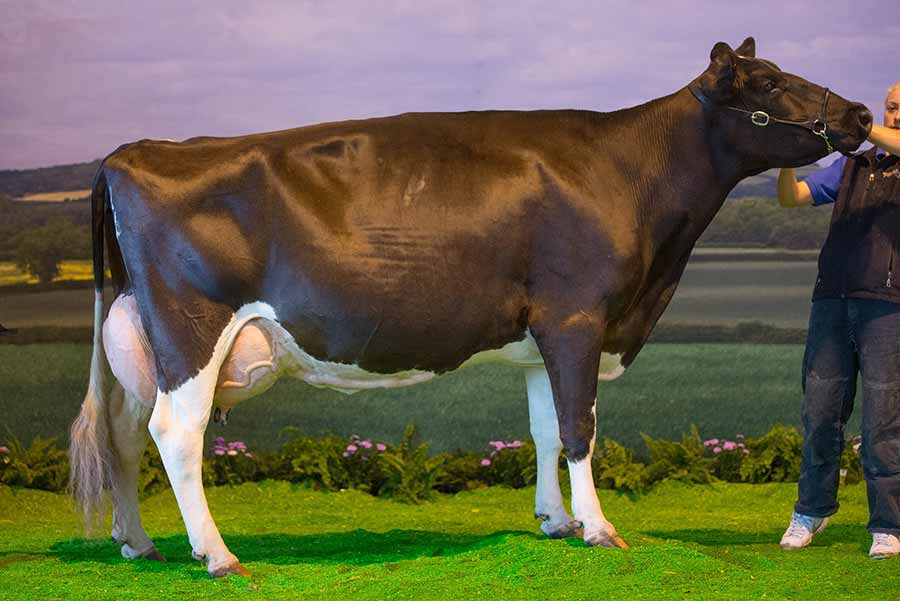 Sired by Black Isle Garve out of Raby Jasmine 52, she was described as a “very worthy winner’’ by South Yorkshire judge Edward Griffiths.

“I have not seen a better British Friesian,’’ he said. She last calved in March and is currently producing 33kg daily. It was her first competition of the year, having been named reserve breed champion at the 2015 Livestock Event.

Home-bred Peachy Ava Tyrol, described by Holstein judge Peter Waring, East Yorkshire, as a cow that would fit into any system, won the Holstein breed championship for Gillingham’s Martin and Liz Peach, of Peachy Holsteins.

Mr Peach, a relief milker who runs a herd of just 12 Holsteins, said the cow had progressed to a new level after gaining an honourable mention at the 2015 show.

After her win under EG Griffin and Sons, Isle of Wight, she was bought by the partnership of Colin and Hilary Evans and Glanmor Jerseys, Laugharne, Carmarthenshire, and has proved a sound investment. 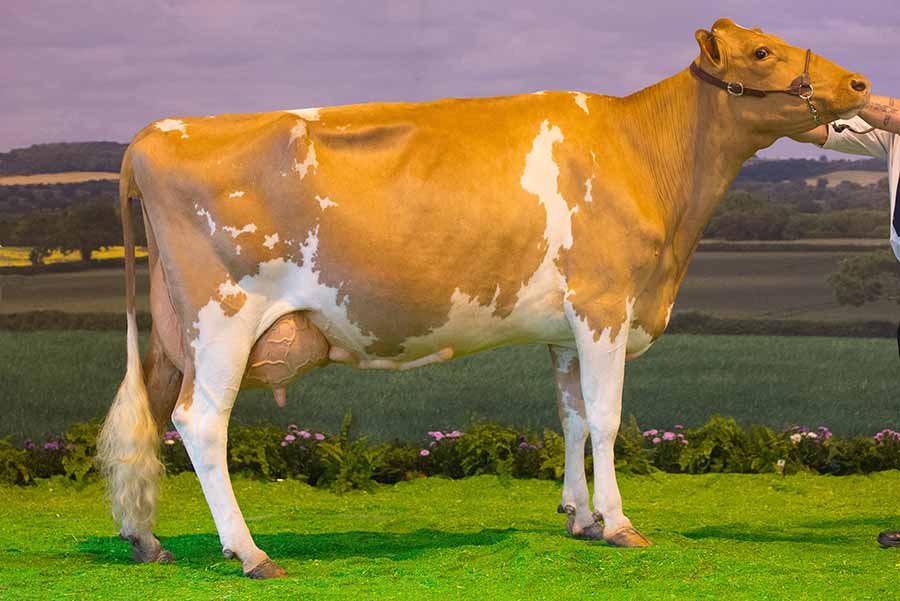 She was described by judge James Warren, Lands End, as a cow that “represents the breed very well’’. Sired by Oak Knob Maxie Laredo out of Briddlesford Oaks Bluebell, Mr Warren said this fourth calver had a great future.

She calved in April and is currently yielding 34 litres daily. Earlier in the year she took the reserve supreme interbreed championship at the Royal Bath and West Show.

It was the first show this year for the fifth calver, who is just eight weeks calved. 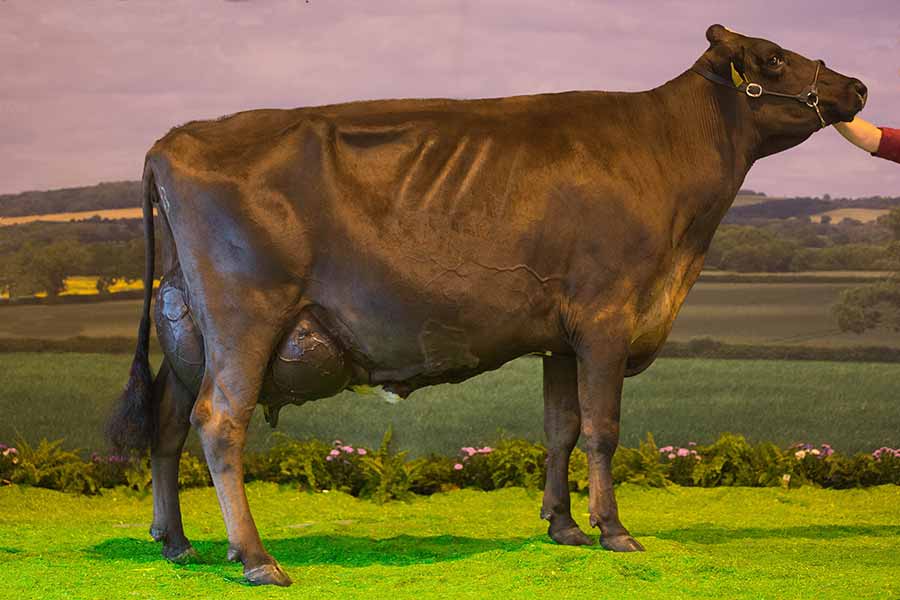 Sired by Bluegrass Corrianders Cougar out of Bluegrass Remakes Festive Debbie, she is from the Daw family’s herd of 150 Jerseys at Hertford Heath, Hertford.

She had produced 6,000 litres as a heifer and had been calved two months when she stepped into the showring for this – her first competition of the year.

“This show is a focus of our exhibiting – they can’t do enough here for us as breeders,’’ said Jenny Daw.