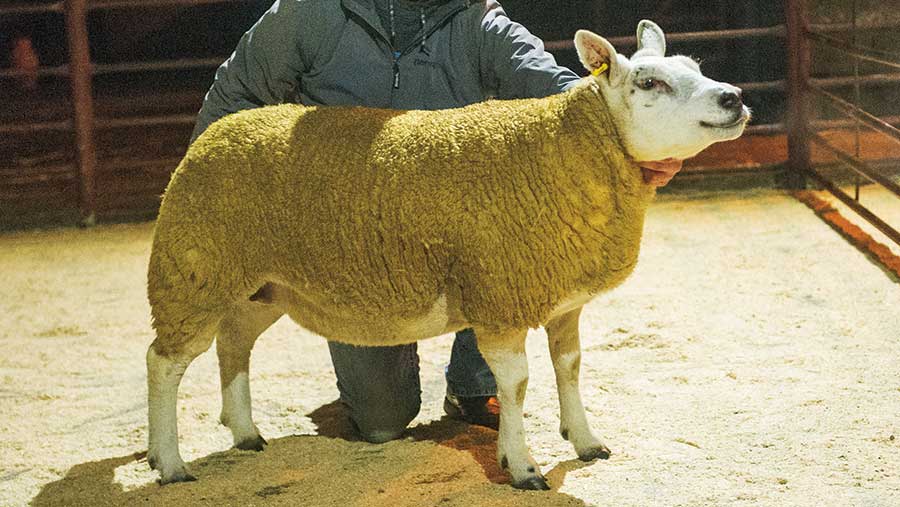 The fourth sale of pedigree in-lamb females and geld hoggs broke records at Longtown on Tuesday (16 January), with a centre record of 5,200gns for a Texel gimmer.

The same bidder and buyer combined for the second lot on the day. A single-bearing gimmer made 3,800gns and went home to the Castlecairn flock.

At 3,000gns was a Tullagh Saracen daughter from the Ettrick pen of Gordon and David Gray. She was knocked down to Messrs Redpath, Berrymoss, Kelso, and was sold in lamb to Usk Vale Albatross.

The Craig Douglas flock then saw a 2,000gns big for another Haddo Whiskey dalore daughter, again in lamb with twins to Mullan Amigo. She went home with Messrs Jones, Ynystoddeb, Carmarthonfure.