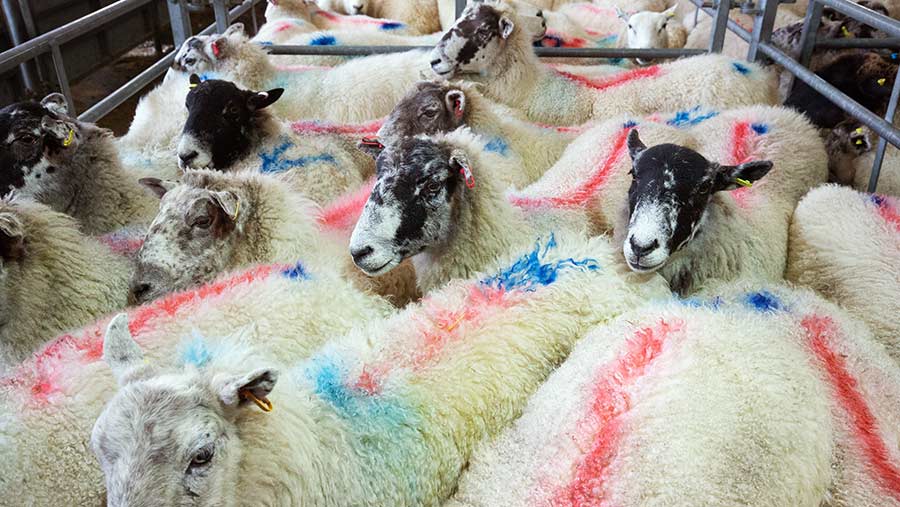 Cull ewe numbers will lift through the summer to pressure prices, although Muslim festival demand could support trade in late July, say auctioneers.

Sheep throughputs have been higher for the week ending 29 June and 7 July, which has seen national averages fall £9 a head to £64 as weaning starts in northern areas.

Auctioneers expect prices to inevitably come under pressure in August, although they hope that from next week, preparations for the Muslim festival of Eid al-Adha (11-15 August) will spark cull ewe demand.

Throughputs of about 300 ewes a week have been reported at Melton recently, where Tom Greenhow and the team often see an average of £70 across the year.

Mr Greenhow said he expected prices to drop away after the festival, as numbers built around the main weaning and culling period.

“If farms are wanting to sell sheep, it’s advisable to sell them before the festival and not after. Things might be quiet for a week or two after the festival before hopefully returning to normal.”

Through August, Melton will expect 400-600 head, with numbers peaking at 1,000 head in September, he added.

The legacy of the Beast from the East is still being felt in Northumberland, where trade for cull ewes is being support by numbers being back about 25%.

Auctioneer Andrew Brown said entries at recent sales had been seasonally low at about 200-300 head a week on Thursdays.

Mules and Cheviots are often hitting £60, with the mart averages reaching £80-£90.

“Trade will probably drop £15 a head or thereabouts as farms wean lambs and supply increases,” he said. “Cheviots have been making £60-£70 a head, but this could drop to £45, although if numbers are tight, that could support trade.”