The two-day dispersal of the noted Noremead pedigree Holstein herd on behalf of CB Cooper, East Farm, Winterbourne Monkton, Wiltshire, topped at 6,000gns when animals went under the hammer last week (26 and 27 May).

Sale topper was the June 2015-born heifer Noremead Glauco Sume, bred from 14 generations of excellent and very good cows. She was snapped up by J Jordan for his Ecstasy herd.

Her dam, Noremead Rockafella Sume 2 VG87, topped the first day of the sale, when selling for 5,100gns in a two-way split to Elwyn and Cheryl Thomas, Gatrog herd, Llanelli, and Jeff and Anthea Daw, Swindon. Sired by Walkabout Rockafella, she is out of the 2013 UK Dairy Event breed champion, Noremead Knight Sume Ex94-6. 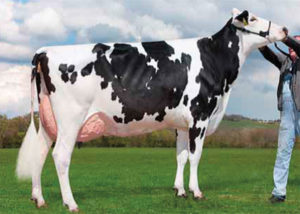 Next best and selling for 5,000gns was Noremead Twist Helena Ex91. This Cogent Twist daughter sold having calved three months ago and is giving 54kg daily. She sold to an undisclosed Welsh buyer.

Her three-month-old heifer calf Normead Fever Helena by Crackholm Fever was the highest-priced heifer calf at 1,450gns and sold to PJ Evans, Chippenham.

Selling for 4,200gns to Leanne Hedges for her newly established herd was Noremead Million Helena VG89 by Million. She sold giving 45kg daily, having calved with her second in March.

Fifth-best price on the day of 3,000gns went to the Emerald-Acr-SA T-Baxter bred Noremead Baxter Moth 2 VG-89 out of a Tregibby Starbright-bred dam. She sold to RA and JA Reed, Gatcombe Farm, Seaton, giving 65kg daily, having last calved in March. 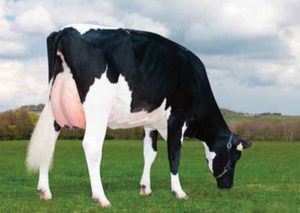 On the day youngstock was easily sold, with autumn calvers selling to a high of 2,350gns for Noremead Glauco Helena 3, sired by Glauco and out of Noremead Kimogold Helena Ex93. She sold to C and SG Dibble, Hereford, having been AI’d with sexed semen to Vieuxsaule Flame in January.