A smaller run of heifers with plenty of buyers ringside led to strong prices for vendors, with two newly calved heifers reaching £2,220. 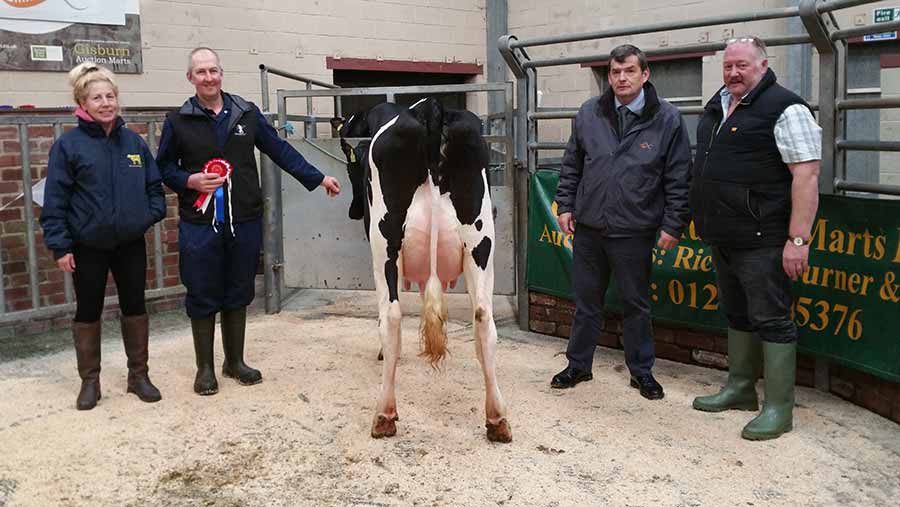 First up was the 2015-born Newfold Dolmio Pam, consigned by PT and MR Critchley, Wrea Green.

She was sold to BF Blezard, Ribchester. Sired by Relough Dolmio and out of a 10,980kg dam, she is currently giving 26 litres.

The other leading lady at £2,220 was a slightly older heifer from J and M Singleton and Sons, Preston. She was knocked down to William Oldfield.

The Whytil heifer, by Crackholm Fever and out of a 14,502kg home-bred dam, was the day’s reserve champion.

Mr Oldfield also paid £2,100 for the red ticket winner, a mid-October-calved heifer, sired by Apina Altaembassy and consigned by A Bretherton and Sons, Preston.

See also: All the latest news from auction markets across the UK

A two-weeks-calved heifer by Gillette Windbrook, from Feizor vendors WA and A Booth, sold for £2,200. The heifer, giving 32 litres, went home with F and M Graham, Gretna.

Also surpassing the £2,000 mark was the heifer consigned by GD Donkin, Copster Green, Blackburn, which was knocked down to TCR Wrathall, Gisburn for £2,050. The Altaamazing daughter is giving 34 litres.