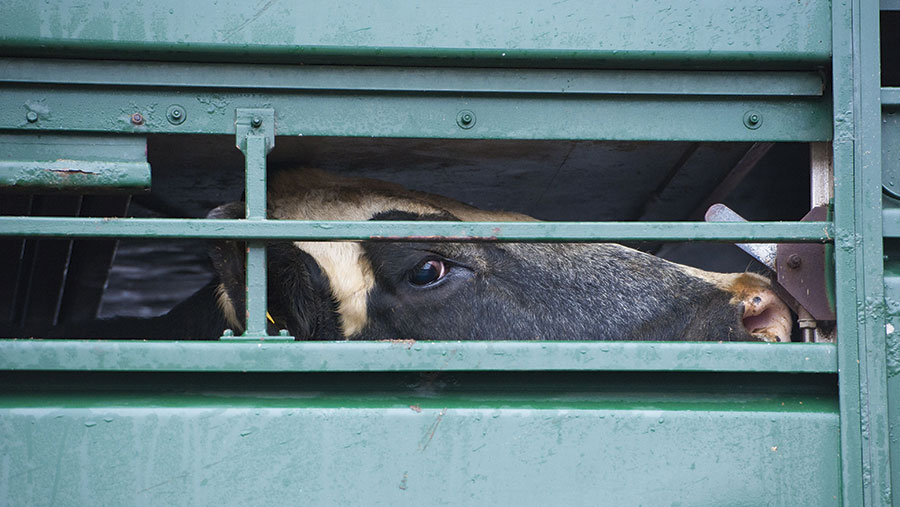 Liveweight and deadweight fortunes have diverged this autumn as average UK deadweight cow prices have fallen below 200p/kg for the first time in nearly a year.

The seasonal drop in values, as farms clear out passengers before winter, has seen the Great Britain average fall to 197.3p/kg in early November, back 11.8p/kg on the year.

Meanwhile, liveweight averages have seen a slight upturn, helped, in part, by a lift in quality as some farms feed cows to add condition and value.

Liveweight values sat almost 5p/kg ahead of last year, with cows in better condition after a grassier summer, although auctioneers have reported that some animals are showing the effects of a rough autumn.

Cow beef values have not been as firm as last year, although trade has fared better than the depressed prime beef market.

Numbers are up on the year at Mold, where up to 30% of animals are being bought to further finish on farms.

“Up until a couple of weeks ago there were a lot of out-of-parlour cows but now there are more fed cows being sold,” said James Griffiths of J Bradburne Price.

Mr Griffiths said efforts were needed to drive the demand side of the market.

“We need to market beef as being British and being of the highest welfare. Other countries don’t have traceability like we do either,” he added.

The past month has seen increased numbers start to tighten at Lancaster, where Matthew Probert, cattle auctioneer at North West Auctions, and the team market 100-150 head a week each Friday.

“Plainer, leaner cows are harder work at the moment.”

He said demand for manufacturing beef could be being helped by the approach of Christmas and consumers looking for value and versatility in their beef.