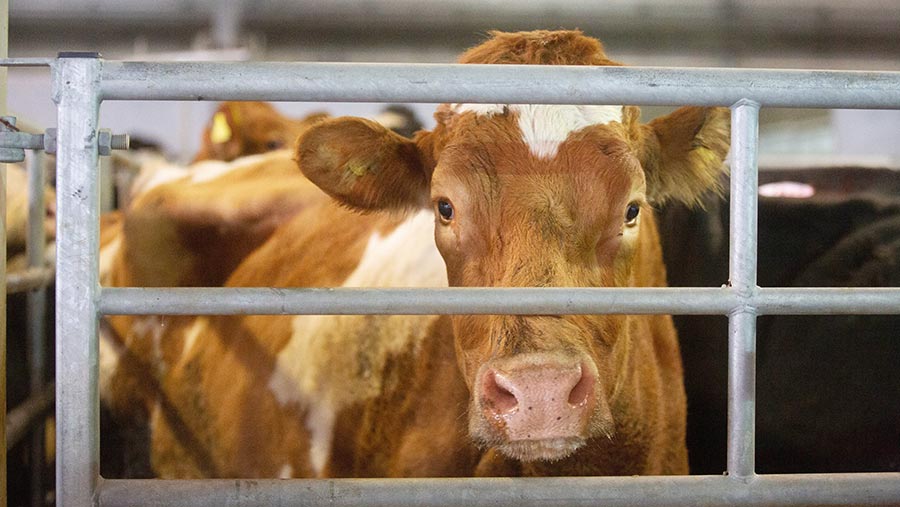 A welcome and expected lift in barren cow values has been reported this month as processors seek cheap cuts and mince to supply households on tight January budgets.

A strong showing of 67 barren cattle hit an overall average of 91p/kg (£597 a head) at Northallerton last week (23 January), where more dairy cows are being marketed.

Beef cows levelled at 114.8p/kg and dairy animals made 84.1p/kg, with auctioneer Giles Drew seeing a lift of 15-20p/kg over a month ago and stock in good condition.

“Things have improved a lot since Christmas but that is the usual trend into January and February,” Mr Drew told Farmers Weekly, citing the increased demand for minced beef as a driver for higher cow prices.

“We have more clients around the ring at the moment, both for feeding and killing cows, of which 30% of the younger and leaner end of the culls go for feeding.

He said that Farm Assured (Red Tractor) cattle were making a premium of 10p/kg, depending on the type of cow.

“Fleshy cull cows with good shape that have been fed are required but sellers should be careful to present them in clean condition to attract a premium price,” said Mr McDonald.