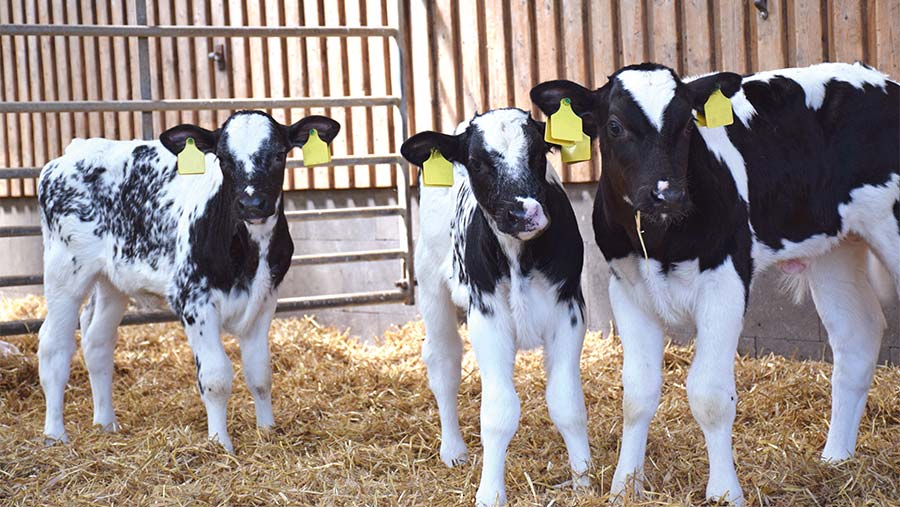 Beef rearers have dug deep for quality calves this spring following a 50% increase in some calf prices since March.

Auctioneers say trade has been buoyed by stronger deadweight beef values, a lift in summer demand and the end of the spring-block calf glut.

AHDB/Livestock Auctioneers Association data shows Holstein-Friesian bull values have almost doubled from an average of £25.91 in February/March to £46.39 in May/June.

Average prices for continental bull calves under three weeks old averaged £230 in May and June, up 57% since February and March.

See also: How scanning can detect early pneumonia in calves

Latest June figures put young continental bulls at £261 a head, about £60 a head up on the year.

Turbulence in milk prices and a rising beef market had prompted some farmers in west Wales to sell calves at three to four weeks rather than one to two weeks, said auctioneer Huw Evans of JJ Morris.

Numbers were also good, with 280-350 or more at Whitland’s Tuesday sales over the past two months.

Mr Evans said the strongest young continental cross calves had made more than £400 and the best were up to £475 last week (23 June).

Calf values were roughly £50-£60 a head dearer in the second quarter compared with the first quarter at Melton, said auctioneer Oliver Chapman.

“Beef prices rising have had a knock-on effect on all types of younger beef stock,” said Mr Chapman, who has sold 90-160 calves a week recently. “There’s been a 10-15% increase in price.”

British Friesian bull calves at three to four weeks had averaged about £100 and topped at £130. Holstein bulls had generally made £60-£80.