Robert Rennie’s Robex flock, Yetholm, Scottish Borders, also saw bids of 4,500gns, two at 3,000gns, two at 2,800gns and one at 2,600gns heading across the water to Fivemiletown, Co Fermanagh to join the Beacoms. 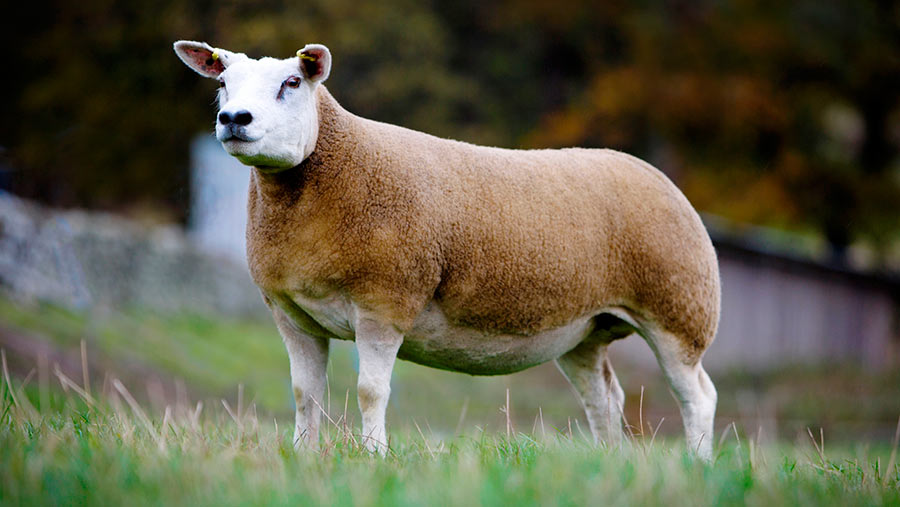 The trade topper from the Robex flock made 6,000gns © Catherine MacGregor

Topping the trade was a Teiglum Stifler daughter out of a Millar’s Monty dam. Her grand dam is  Baltier Catcher daughter and her sire is by Rascarrel Panther.

Next at 4,500gns was a Brijon You Beauty daughter out of a Teiglum Stifler dam. He goes back to Castlecairn Karma Man and Loosebeare Oh Yes, and ran in the same breeding group as the trade topper.

Two then followed at 3,000gns, also snapped up by Messrs Beacom. The first was by Brackenridge Strongbow son Brijon Yankee out of a Beeford Pimernel daughter.

Hailed as a stylish gimmer by Mr Rennie, the dam sold for 4,000gns at the Robex reduction sale.

Also at 3,000gns was a Brijon Yowser Rew daughter going back to Tatham Hall Viking and Haltcliffe Renoir. She another one out of a Teiglum Stifler daughter.

Topping trade for the Haymount flock of Jack Arnott, Kelso, was an Auldhouseburn Warlord daughter out of a Scrogton Powerhouse dam. She shares the breeding of £4,000, £3,500 and £3,000 rams, along with Kelso 2017 champion Haymount Vavavoom, who made £7,000.

Bringing good figures for litter size, weights and milk, this one knocked down to Messrs Evans, Mold, Clwyd, as 19 Haymount gimmers levelled at £1,083.16.

Making 2,000gns was another Warlord daughter, this time out of an Ettrick Tartan Special ewe. She also went to Messrs Beacom, Co Fermanagh, after being served with Knock Yardsman son, Garngour Ambassaor.

The Roxburgh flock of John Elliot, Kelso, sold eight shearling gimmers for £1,128, topping with a Kimbolton Va Va Voom daughter out of a Goldies Supreme dam.