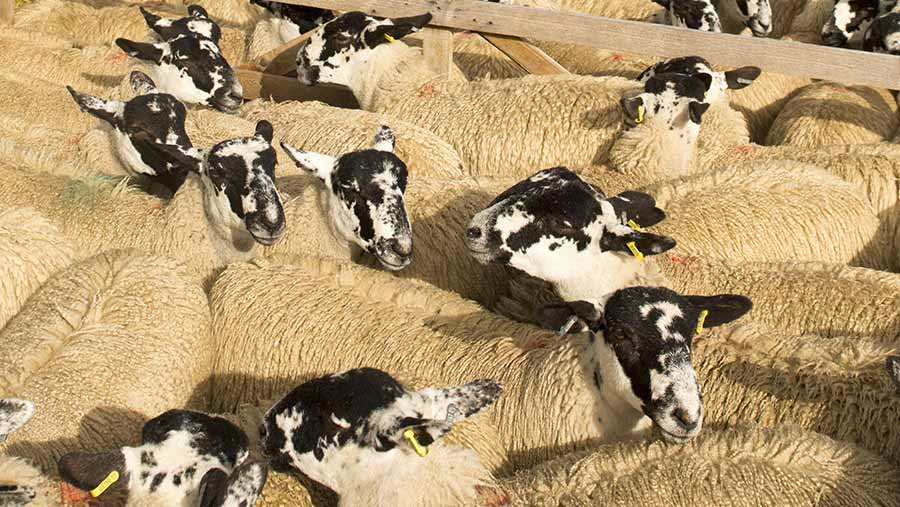 Bleak lambing conditions and the worst drought for a generation have combined to leave upland sheep breeders with an excess of small lambs, with little ringside interest.

The result has been a very selective market and has led to calls for sheep breeders and keepers to be more selective when choosing breeding lambs and drafting for the store or cull ring.

Tom Wrench of Rugby Farmers Market reported there has been “little or no audience” for bottom-end shearlings at Rugby and that trade showed the current oversupply in breeding sheep was unsustainable.

Auctioneers and industry figures are suggesting that if Mule breeders and shearling buyers “draw harder”, this will keep quality high.

However, trade for strong and well-bred tupping lambs has been firm, with some vendors seeing prices lift and trade only back £3-£5 on the year in some cases.

This was for an 8.8% smaller yarding of 23,036 lambs, with many buyers buying half as many owing to difficulties in selling shearlings bought at Hawes last year due to a scarcity of grass.

Strong tupping lambs still regularly made £100-£120 a head and more, but the market for running lambs had evaporated.

“The upside is only 150 or so each day went unsold, which means later sales should not be held back by unsold lambs returning,” said Andrew Pratt, chairman of directors at Hawes Auction Mart.

He said that running lamb trade had been strong for some years and that auctioneers and farmers alike were expecting prices to fall.

Mr Pratt said that store lamb buyers, while active at some sales, would find that genuine Mule wethers at £50-£60 in the store ring at 35-40kg were far better value than buying 30-32kg running lambs at £58-£60.

He said he thought values had “reached a bottom” and, as autumn rains arrive in the southern counties, later Mule sales should firm a little.

“Most of it is drought-related, although the political situation doesn’t help – some people don’t seem to be fully committing to sheep,” added Mr Pratt. “Overall, the tupping lambs would only have been back £5-£10 a head though.”

Builth Wells and Welshpool averages both saw lambs down £6 to £94 and £93 respectively, while Ruthin saw trade drop £10 to £73.

“Confidence appears to be really fragile and while the main reason appears to have been the impact of weather conditions of winter and summer, Brexit uncertainty has added to the problem,” Mr Jones told Farmers Weekly.