Topping the trade at £2,180 was a second calver sired by Miresdale Lloyd from Thomas and Libby Simpson, Red House Farm, Ripon. She is giving 42 litres after calving a fortnight ago and knocked down to Brian Blezard, Ribchester. 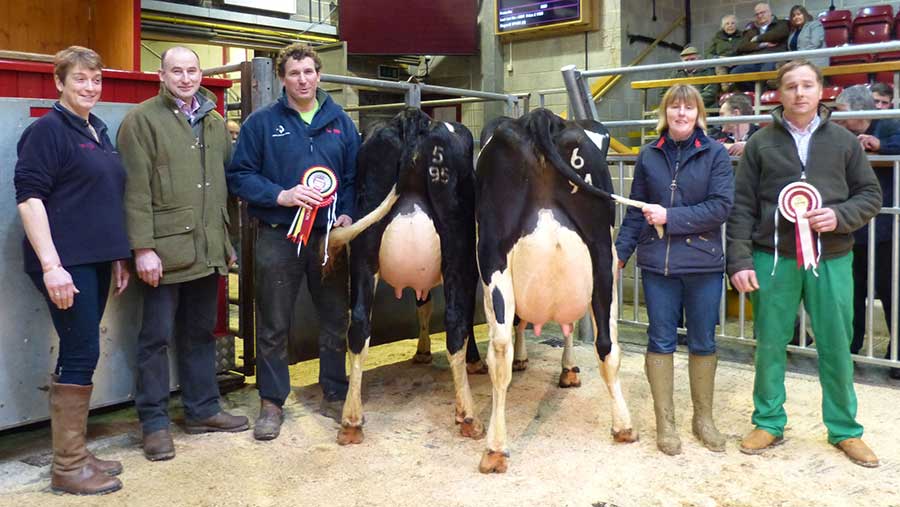 A price of £2,100 claimed the day’s champion for AG Parker Huddersfield

Next at £2,100 was the champion on the day. She was a two-weeks-calved home-bred heifer from Jonathan Caygill, Manor House Farm, Rylstone. She is by Genus bull Pesky and is giving 31 litres and sold to AG Parker, Huddersfield.

Sedgemoor’s dairy cattle trading got off to a bang for 2018 with its largest-ever dispersal, seeing more than 500 head of GFL Dairy’s commercial cattle go under the hammer on Tuesday (16 January).

Trade peaked at 1,900gns for an October-calved second calver, served in December. Next was a second calver at 1,800gns and a December-calved heifer at 1,750gns.

An August-calved heifer proved another highlight at 1,600gns. She had been served in December and sold with her heifer calf at foot, which made 400gns.