A solid trade was largely “comparable on the year” for the Solway and Tyne Texel breeders club at Borderway last week (6-7 September) as the Sportsmans flock took the headlines.

More on stock and sales

Boden and Davies, Mellor, Stockport, sold Sportsmans Batman to Procters Farm, Lancaster, Lancashire, for the top price, as well as seeing an overall championship rosette for the exceptional ram lamb.

Batman is by Knock Yardsman son Garngour Alabama and out of a Knap Vicious Sid daughter. 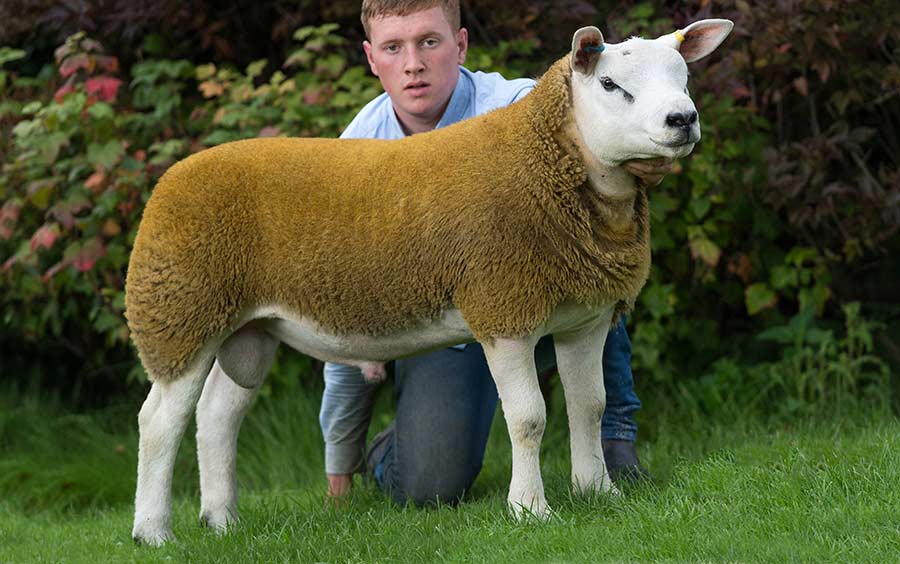 Throughputs and averages were up for all classes except ewe lambs, which club secretary Fiona Sloan put down to difficult growing conditions for breeders and lack of grass for some buyers in the south.

“Trade was similar to last year for rams on the whole, with ram lambs being a very good trade and several people saying they were a better trade than at Lanark,” said Mrs Sloan.

However, Mrs Sloan said that, while a good show of gimmers was forward, ewe lambs were harder to sell.

“Ewe lambs just didn’t look as strong,” she added. “A lot of people take lambs down south to sell on and grass is still short down there.”

Second best on the day at 30,000gns was the entry judged second-best recorded ram from Claybury Texels, Montford Bridge, Shrewsbury, which caught the eye of Messrs Tippetts, Shifnal, Shropshire. 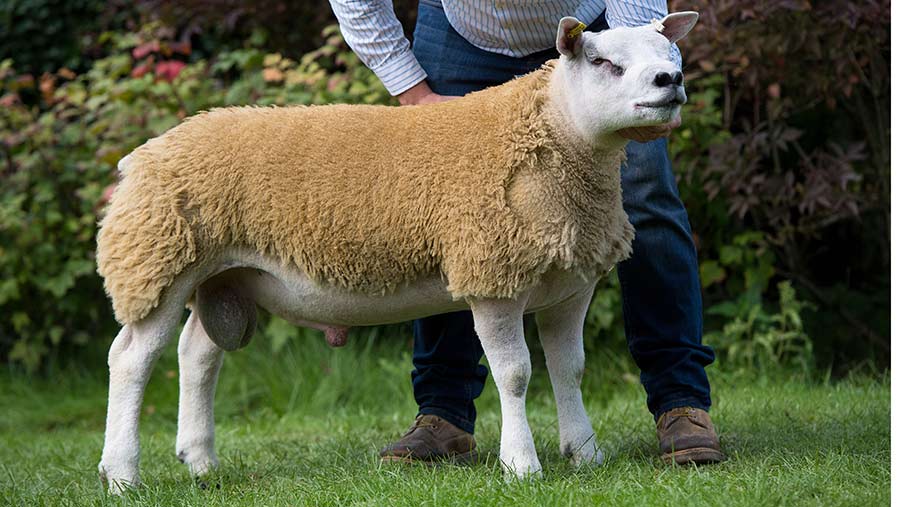 Claybury Basic Instinct is by Strathbogie Youi and out of a Stainton Vantage 2 daughter, boasting an index of 449.

Braveheart is by Ettrick Yom Kippur and out of a Teiglum Windfall dam that is full sister to the 70,000gns Teiglum Young Gun.

A February-born gimmer from the Baltier flock of R and E Forsyth, Whithorn, Dumfries and Galloway, topped the female ring at 16,000gns, selling to Co Durham-based breeders, Messrs Teward, Darlington. 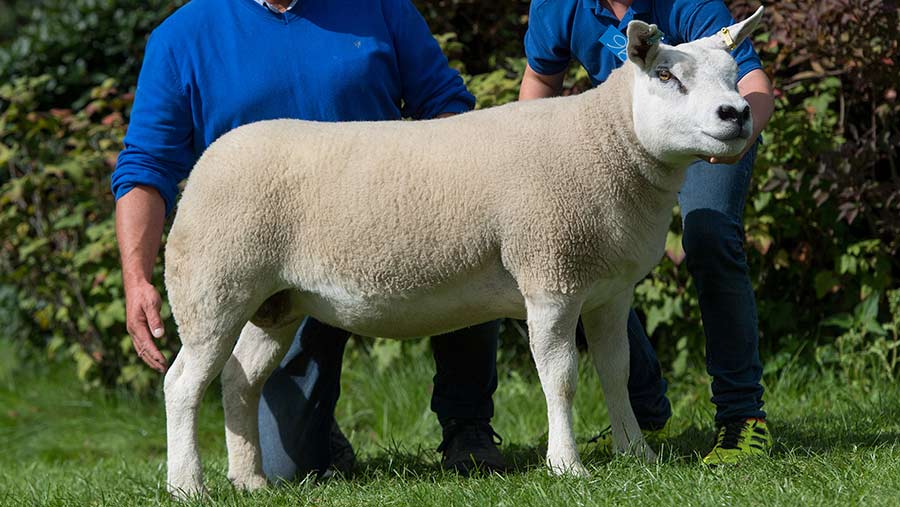 The Tewards bid 16,000gns for a Baltier gimmer from the Forsyths, Whithorn. © Wayne Hutchinson

She is a by Glenside Valhalla son Milnbank Womaniser and out of a Baltier Rocksolid dam. Her sister and brother sold to 5,000gns and 3,400gns respectively at earlier sales.

A total of nine females made 2,000gns or more, with the next best being an Annan gimmer from GK Jamieson, Dumfries and Galloway at 6,000gns.

She was secured by Messrs Cobbald, Acton, Suffolk. She is by Tophill Wall son Knock Yardsman and out of a Strathbogie terminator female.

He knocked down to Messrs Robinson, Welshpool, Powys. Amazon is a son of Roxburgh Yorkie and out of a Teiglum Utah daughter, with a 402 index.