Averages lifted £681 on the year at a much more buoyant South Devon Spring Sale at Exeter, hitting a top of 5,400gns on Thursday (6 April).

Strong local demand was boosted by buyers as far flung as Essex and Lincolnshire, with 21 out of 23 sires knocked down through the ring. 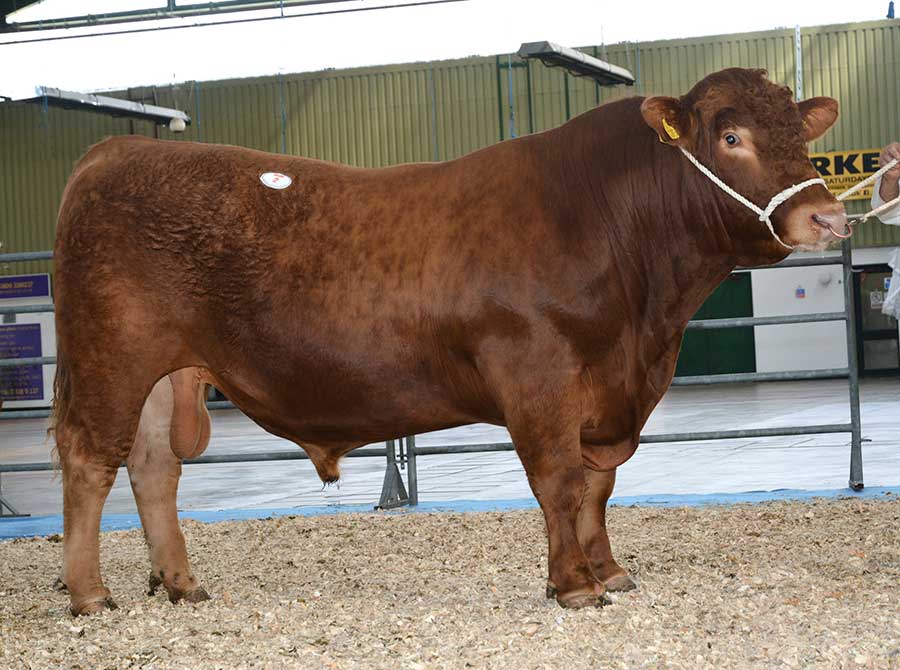 This home-bred, March-2015-born Woodhayes Homer 11 son is out of Woodhayes Daffodil 13 and was awarded best bull on performance and inspection by judge Douglas Scott of the Grove herd, Moreton-in-the-Marsh, Gloucestershire.

Reared on grass and silage only, Homer is in the top 5% of the breed for quality beef and suckler replacement indexes, his sire was rated +3.4% for calving ease daughters and he is expected to bring good growth traits and milky daughters. 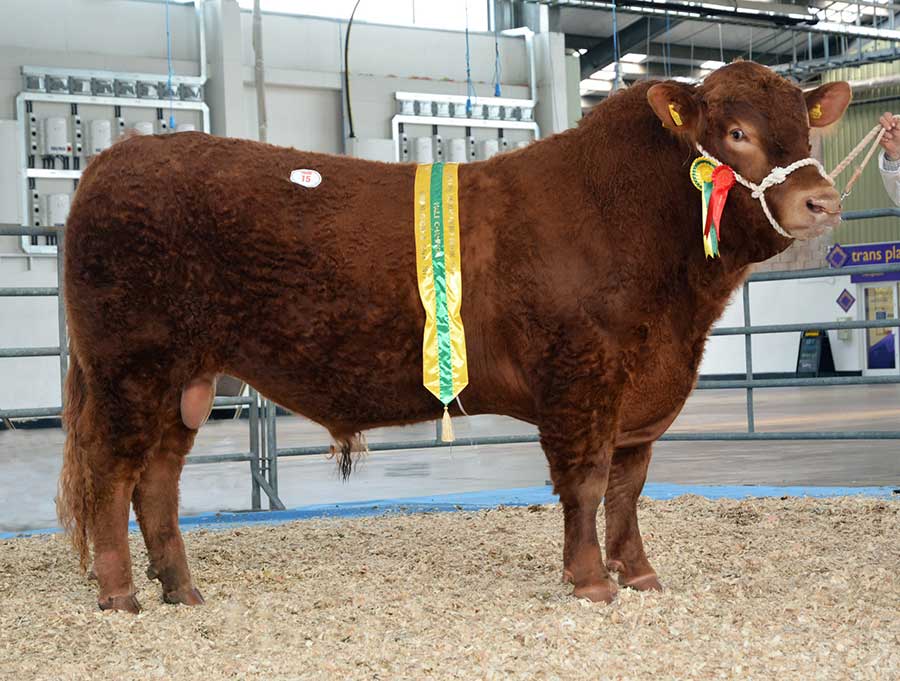 Next best at 5,200gns was Mr Scott’s male champion from RRB and SJ Harvey, Sexton Senator 8 from the Ermington herd.

He has Z Northwick General 10 and Goffe Cave Marius as grandsires and knocked down to Mr D Ashcroft, Selborne, Hampshire.

Two then followed at 5,000gns, the first being Welland Dominator 2 from ME and TE Broome, Thorpe Langton, Leicestershire, knocking down to Cornish breeder R Rundle.

At 4,800gns was Trewint Samuel, from Cornish breeders PS and AP Rowe, Menheniot, Liskeard. He is out of Trewint Darkie 146 and by Welland Valley Samson and is predicted to be easy calving with strong growth potential to 400 days and beyond.

The sale was led by R Sadler and the Carlydnack herd who claimed the female championship and the top price tag of 1,600gns with two different polled heifers. 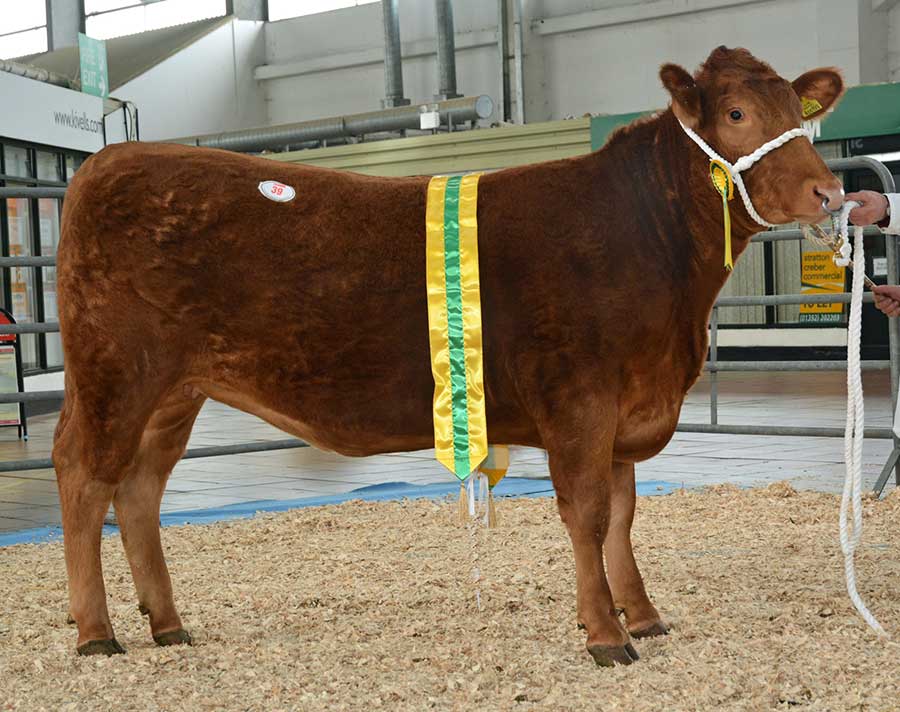 Next best at 1,600gns was the champion, Carlydnack Hawthorn 17, another Excalibur daughter.

She boasts bloodlines going back to Wishworthy, Sexton and Kestle herds.