A huge yarding of 106 cattle met strong demand from across the UK at Brecon’s show and sale of potential cattle on Saturday (11 February), hitting a £5,000 high.

Limousin-cross Blue cattle were in hot demand on a strong day’s trading topped by the Watkins family from Hay-on-Wye at their first ever Brecon show potential sale.

The show leader, Little Miss P, was the first lot under the hammer and caught the eye of Scottish judge Blair Dufton, who bought her for £5,000 after awarding her the supreme championship. 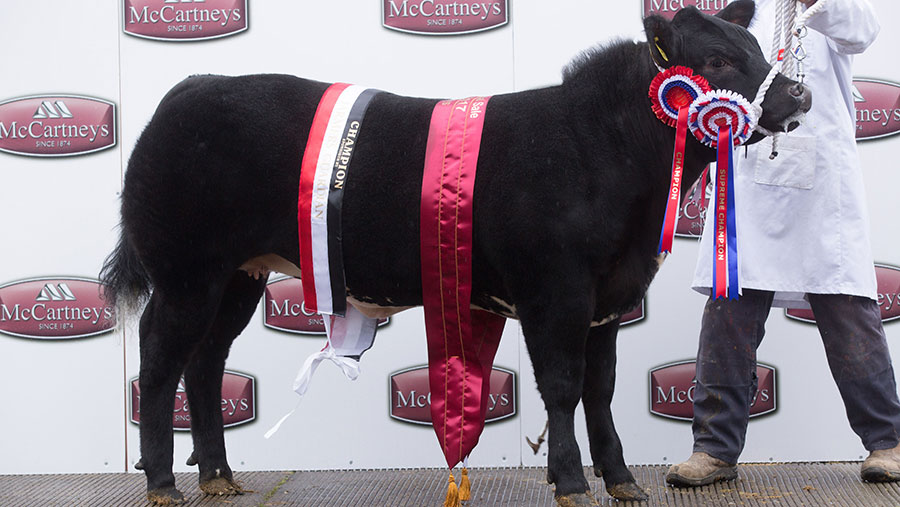 “It was a great day for Mr Watkins who took the prize money and the top price at his first visit to the sale,” McCartney’s auctioneer Chris Jones told Farmers Weekly. “Most cattle are Limousin-cross Blue cattle but it was a black heifer that took the honours. Continental genetics were in demand – these go on to win fatstock shows.” 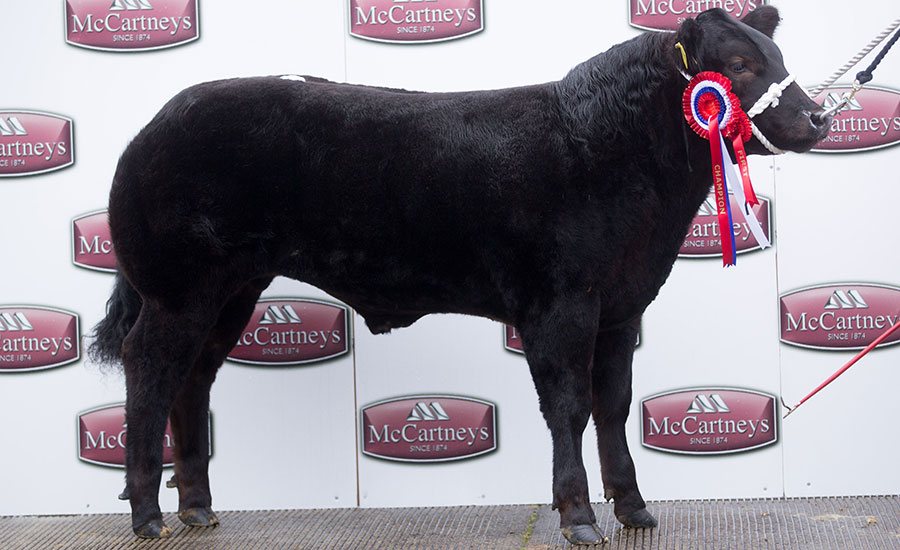 Second heifer on the day was My Grace from TE Jones and Co, Bailea, at £3,350. This was the pick of a consignment of four young cattle that averaged £2,250.

Next in the money were four tremendous cattle from G Jones and Co, Dolderwen, which levelled at £2,650 and saw £3,100 for a steer called Dolderwen Mercedes and a heifer knocked down to P and S Sellers, Thorpe Tilney Farm.

The reserve champion heifer That’s My Girl made £3,000 and was bred and exhibited by J M and A M Lewis, knocking down to Mike Rowlands, Dolwen.

A steer from this batch went for £2,300 to Messrs Pidsley who had made the trip up from the West Country.

A total of 115 cattle were entered overall, making the for best show of cattle judge Blair Dufton had seen.