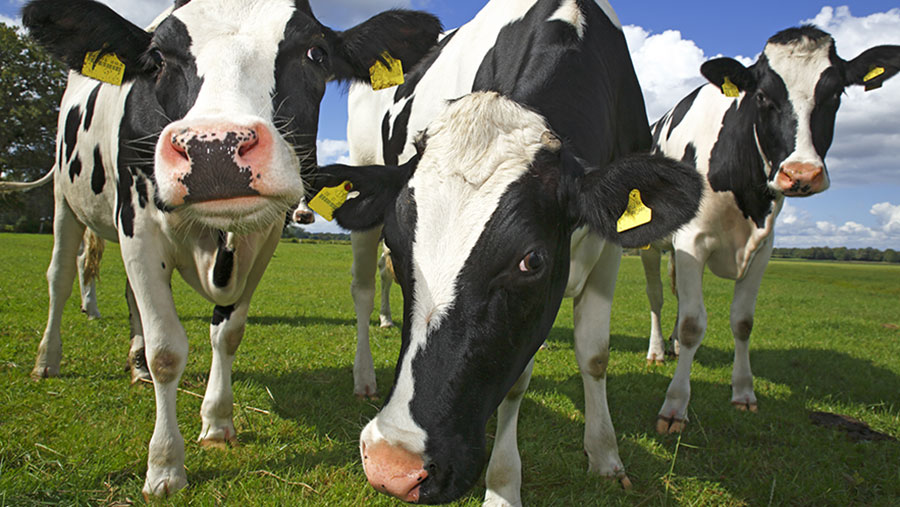 A drop in milk prices and a lack of confidence from milk producers is being reflected in dairy trade with averages down by £175 on the month at last week’s Borderway monthly dairy sale at Carlisle (5 April).

Trade topped at £1,850 for milking heifers to average £1,389, although auctioneers Harrison and Hetherington said that quality was not in “abundant supply”.

SG Mair and Sons Kinnermit Farm, Turriff, Aberdeenshire, topped the trade with their four heifers averaging £1,750 and topping at £1,850 for Deveronside Goldfish Zora. She was sired by Toc-Farm Goldfish from a Man-O-Man dam.

WC and J Leak and Sons, Hill Farm, Holmrook, Cumbria, sold four heifers topping at £1,680 for a Trigger daughter bred from an Excellent dam with yields over 13,000kg.

Messrs Wilson Wood of Auldbar Farm, Brechin, Angus, sold 15 of the most recently calved heifers and cows from their herd in what will be the first sale to disperse the herd.

This very productive and milky group of Holstein Friesians topped at £1,650 for a March-calved heifer and averaged £1,265.

R and A Wilson, Clackmae Farm, Earlston, Berwickshire, sold six well-bred and milky heifers topping at £1,550 for a heifer giving 36kg.
There were a number of groups of bulling heifers consigned to the sale.

D and O Martindale, Todholes Farm, Annan, sold 19 well-grown Montbeliarde crosses topping at £800 for a daughter of Montoya to average £716.