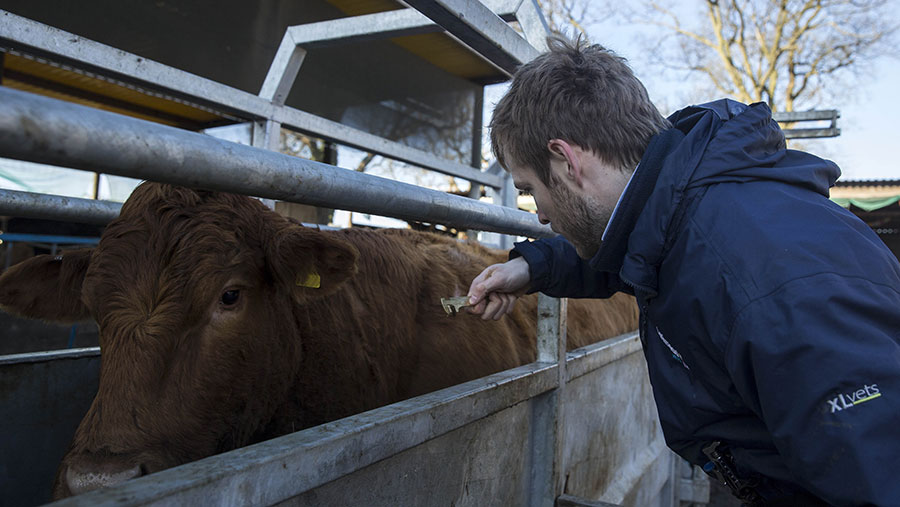 Nearly 44,000 cattle were slaughtered in the UK in 2017 due to bovine TB, according to official government statistics.

The grim toll shows despite government efforts to tackle TB on all fronts, including bearing down on the disease in wildlife, the number of cattle condemned to TB continues to rise.

A blanket approach to interferon-gamma (blood) testing across high-risk areas, as well as more frequent testing of cattle, is the main reason for the spike, according to Defra.

But animal welfare groups say the figures are further evidence badger culls are not working to reduce TB rates in England.

In a statement, Defra said: “There continues to be increases in the number of cattle slaughtered due to a TB incident in high-risk area (HRA) and edge areas of England.

“Much of the rise of cattle slaughtered in England and Wales is attributable to changes in the testing policy for herds.

“In particular, in herds undergoing recurrent or persistent incidents there is increased use of the interferon-gamma blood test. This is more sensitive than the standard skin test and discloses more reactors per breakdown.”

Defra said it partly attributes a reservoir of TB in wildlife – badgers and to a lesser extent deer – to “relatively high levels” of bovine TB in the West Midlands and south-west England.

Defra has introduced a stricter six-monthly testing regime for all herds in the HRA from January 2018. It has also suggested the badger cull will be extended to eight new areas this autumn.

An NFU spokesman said: “We have always said that we must use every available option to tackle this disease – cattle testing, cattle movement controls, biosecurity, vaccination when available and where appropriate, and control of the disease in wildlife in areas where it is endemic. Only by employing this comprehensive approach will we stand a chance of achieving what everyone wants – a TB-free England.”

‘No evidence’ badgers are to blame

But Badger Trust chief executive Dominic Dyer said there was “no evidence” to prove badgers are a cause of this increase in cattle slaughtered for TB.

He added: “Over 900 badgers were tested from the 2016 culls and less than 3% had late stage infectious TB, where they were at risk of spreading the disease to other badgers and possibly cattle

“The fact remains the vast majority of the 35,000 plus badgers killed to date in the culls were TB free and their removal will have no impact on lowering bovine TB rates in cattle

“To have spent an estimated £50m of public money on this cruel ineffective policy, rather put more resources into better TB testing, movement and biosecurity controls, is a huge disservice to farmers, tax payers and our precious wildlife.”