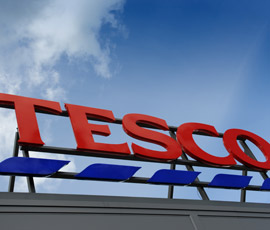 Tesco has been accused of failing on its pledge to back UK farmers after telling customers that British lamb is “not in season” at the moment.

An angry customer wrote to the supermarket to complain about the apparent lack of British lamb on its shelves.

In its reply, Tesco said it had “to source its supply from elsewhere” to meet demand because British lamb “is not in season at the moment in the UK”.

The supermarket later apologised to the customer for an “incorrect statement” and said: “We’re proud to support British farmers and we currently offer our customers 100% British lamb on our counters and in our Finest range.”

Lib Dem MP Tim Farron slammed Tesco for suggesting that British lamb was not in season.

“Local farmers raised this issue with me and said they couldn’t believe a major supermarket is saying British lamb is not in season,” he said.

“They were looking out of their windows to fields full of sheep. I have asked the supermarket to look into this and to back British farmers.

“Our produce is world-renowned and our supermarkets should back our farmers and back British lamb. I hope they act on this as soon as possible.”

Mr Farron, president of the Lib Dems, added that many people still could not buy British lamb unless they buy Tesco premium ‘Finest’ products or do not buy the pre-packaged products. To buy British you must go to the store and buy from the meat counter, he added.

He has written to the Tesco’s chief executive Philip Clarke to ask him to look again at this “bizarre” decision by the company’s buyers.

Mr Farron is asking Tesco to live up to its slogan that “Every Little Helps” and stock more UK meat.

“British lamb is currently right in the middle of season, with autumn lamb available from the summer right until December. Autumn lamb has had more time to graze and grow, thus developing stronger flavours that can take more adventurous cooking,” he added.

NFU livestock board chairman and sheep farmer Charles Sercombe said: “We are very disappointed that Tesco cannot get their messaging right to customers.

“There is obviously a demand for British lamb at this time of year and it is in season. We are awash with UK-supplied lamb on the market – it’s the peak season.

“We would hope that Tesco would continue with its chief executive Philip Clarke’s pledge to buy more British and increase the amount of British lamb on its shelves.”

A Tesco spokesperson said: “This response was sent in error. As British lamb is in season, we currently offer our customers 100% British lamb on our counters and in our Finest range and have been running promotions that allow customers to save one-third on leg and shoulder joints and chops.

“We are British agriculture’s biggest customer and we are confident that we source more British lamb than any other UK retailer.”

This is the latest blunder in a series of embarrassing setbacks for Tesco, which came under fire over the horsemeat scandal for selling frozen burgers made from horsemeat.

Last month, the supermarket apologised after a BBC investigation found that pork chops on sale in one of its stores in Salford were “likely” to be Dutch.