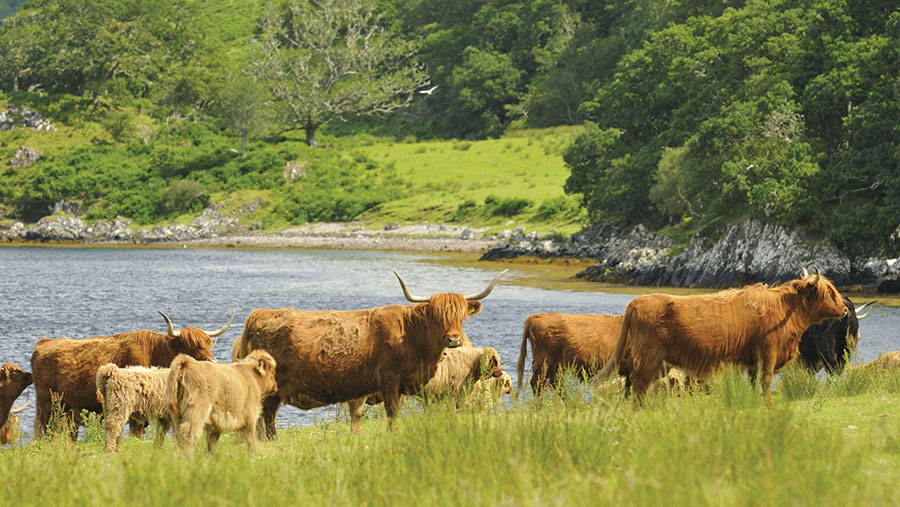 In late September this year, the Scottish Government launched an initiative to bring together existing landowners and new entrants who are struggling to find a way into farming.

The Scottish Land Matching Service was a response to concerns over an ageing farming population and a lack of opportunities for new entrants.

Pivotal to the new service is the hands-on role of Scottish government adviser Ian Davidson, who acts as an independent matchmaker to prospective business partners.

Here, he answers questions on the need for the scheme and how it works.

Why is there a need for the scheme?

It is crucial to encourage a steady inflow of young and new entrants into the sector for the future of Scottish agriculture.

The Scottish Government established the independent Farming Opportunities for New Entrants group in 2016.

Its aim was to identify proposals to maximise starter farm opportunities on all publicly owned land.

That has been successful, with more than 60 new entrants taking up opportunities over some 6,500ha of land.

However, the average age of farmers is still increasing and access to land and capital remain major barriers to new entrants.

The Scottish Agriculture Organisation Society was commissioned by the Scottish Government to develop a proposal for a Land Matching Service for Scotland to help deliver the inflow and benefits associated with joint ventures.

How does the matching service work?

The initiative offers a platform for existing farmers, with no succession arrangements in place, to contact younger farmers, and together they can develop long-term farming operational and financial plans.

The confidential service allows people to explore their options and helps match farmers and new entrants interested in long leases and collaborative arrangements such as partnerships, share farming or contract rearing.

The service is hosted by NFU Scotland (NFUS) building on the online Joint Venture Hub launched by the union at Agri-Scot last year.

The union has created two registers – one for farmers and landowners offering opportunities, and a second for potential new entrants.

[My] position as independent adviser is to identify suitable landowners and new entrants from the database, then initiate discussions between the two.

The advisory role then works with the parties to design and work towards an agreement that best suits the needs and objectives of both.

What is the first step for someone from either side?

The first step will be to contact the service either directly to the independent adviser or through any of the consortium of organisations listed on the NFUS Joint Venture Hub.

Once a match is found, what happens next?

The key to any match is the positive interaction between the two parties.

The adviser will have met both interested parties and built a profile of the aims and objectives of both before suggesting that they might be a possible good fit for each other.

The parties should then meet to discuss and decide whether they can work together.

What guidance/advice is provided?

The role of the independent adviser is to provide unbiased guidance on options for a joint venture.

Due to the complexity of some situations, it may be necessary for the parties to receive further legal and professional advice.

How are contracts set up and what kind of things do they cover?

Contracts or agreements will vary according to the circumstances of each joint venture.

The key thing is they are fair and balanced and set up in a way that leaves no room for misinterpretation by either party.

They must include a clear exit strategy for both parties in the event of any unforeseen change of circumstances.

Is there any financial support to take part?

There are currently no direct payments available, though it is important to emphasise the services of the independent adviser are free at the point of use.

How long does the arrangement last?

That will depend entirely on the agreement that is put in place – there is no fixed term.

There are already more than a total of 60 posts from farmers and potential new entrants on the NFUS website. Here are some of the livestock posts.

Farmer
Type of farm: Upland livestock
Details: I own and run a 130-suckler cow herd and a flock of 300 cross ewes. I am approaching retirement age and have been looking at share farming as a possibility as my family are not interested in taking over.

Farmer
Type of farm: Mixed
Details: I am looking for someone to come in as a junior partner on a profit-share basis on the continually expanding sheep enterprise. Tractor and cattle work will be available on an hourly basis to start with.

Farmer
Type of farm: Upland beef and sheep
Details: A joint venture to operate and drive the farming business forward with mentoring and the chance to build up their own stock.

Potential new entrant
Type of farm: Open to opportunities
Details: Experienced business development manager seeking to move into farming. Quick learner, hardworking, passionate about farming and the countryside. Looking for a mentor and an opportunity to farm while helping grow the business.

Potential new entrant
Type of farm: Dairy
Details: Enthusiastic, experienced milker looking to share farm with someone who has a parlour but maybe looking to take a step back.

Potential new entrant
Type of farm: Dairy, sheep, beef
Details: Due to the lack of farm tenancies, we are opening our options to share farming as well. We own 300 ewes and a small suckler herd but have been involved in dairy our whole lives and are used to running a milking herd of 700. We can supply the cows if someone could offer the buildings and parlour.

To see more posts and find out more about the service, visit the NFUS website.

Farmer Stephen Withers, based in the Scottish Borders, is hoping to repeat a successful sheep share-farming venture by offering an agreement to a prospective beef producer under the Land Matching Service.

The planned agreement will mirror the existing share farming arrangement that began in 2008 at Mr Withers’ Upper Hundalee Farm, Jedburgh. 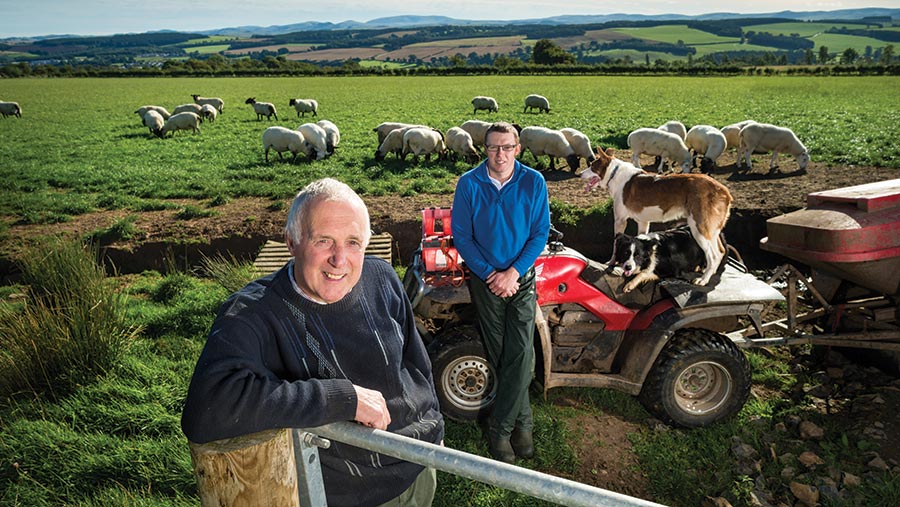 Back then, Mr Withers, in his late 50s, wanted to scale back his active role.

But with no family successor, he faced a decision to sell off the sheep flock that he had spent years developing, or take on more labour.

Neither option appealed, so instead he approached a contract shearer, Neil Sandilands, who had worked at the farm previously, to discuss a share-farming opportunity.

“Neil had no capital, no backing and nothing except hard work to offer,” Mr Withers recollects.

He decided to offer Mr Sandilands a simple legal partnership to run the sheep enterprise while continuing to run the arable and beef businesses himself.

Initially, Mr Withers held 100% of the partnership’s shares, because he provided all the capital – valued at current rates on day one of the agreement.

But profit from the sheep was shared 60% to Mr Withers and 40% to Mr Sandilands at the end of the year.

Ten years on, profits are split 50:50. But Mr Sandilands has been allowed to build up shares by reinvesting his profits and now owns more than 30% of the capital.

Together, the partners have invested in an additional 80ha of land and farm more than 480ha between them.

It is this success that Mr Withers is looking to repeat by offering a deal to a prospective beef producer through the Land Matching Service.

He hopes to step back from the beef herd to allow a new entrant to take up the reins, while he concentrates on the arable setup.

The beef unit must be run without impinging on the sheep enterprise, which fits neatly into the arable rotation, explains Mr Withers.

“I am offering an initial three-month period, where I will effectively pay a wage as we establish whether the partnership is a good match and will work,” he says.

“After the three-month period and the partnership is established legally, we can look at reinvesting profits so that the successful candidate can start to build up capital.”

Mr Withers has begun interviewing potential partners through the service.