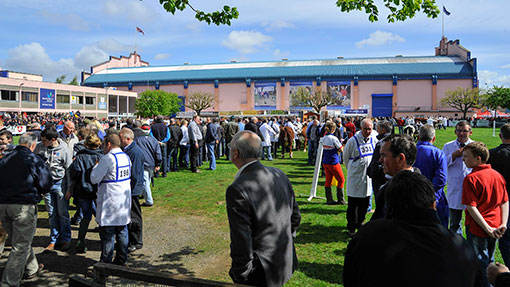 Two people have been taken to hospital after a heifer ran amok at the Balmoral Show in Northern Ireland.

The accident took place at about 2.45pm on Wednesday 14 May, when the heifer was apparently spooked on her way into the show ring.

The animal dragged her handler behind her.

It then charged towards other animals in the class, unsettling them and caused them to bolt towards the crowd.

Several safety barriers were flattened in the commotion and one male spectator and another female handler were injured.

An official spokesperson for the Balmoral Show confirmed that medics had been called to the scene and two people had been taken to hospital. However, the extent of their injuries remains unclear.