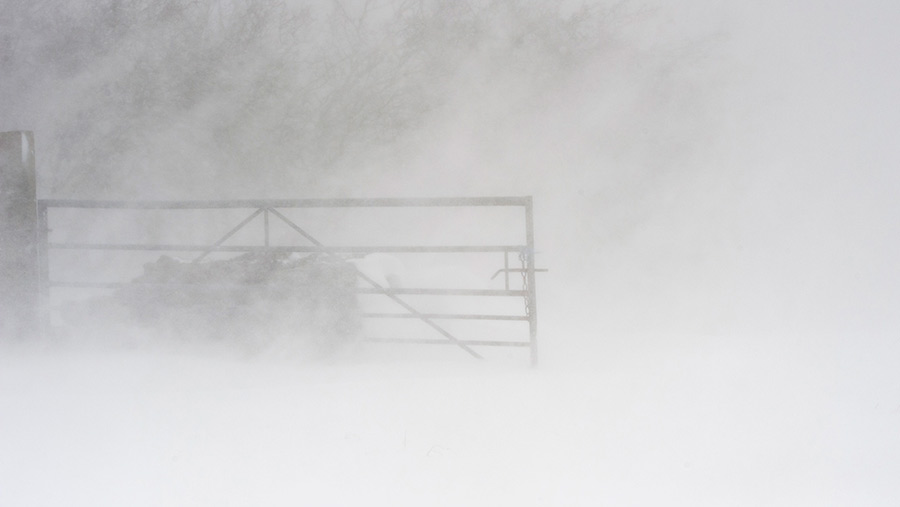 Thousands of cattle have frozen to death and wheat crops have been devastated after a freak snowstorm swept across the midwestern states of America.

Up to 40cm of snow fell on 30 April in the worst-affected states – Texas, Nebraska, Kansas and Colorado – which account for more than half of beef cattle production in the US.

The snow was driven by 60mph winds and farmers caught up in the storm said it struck so quickly they were unable to get stock to safety.

Many are still searching for cattle that strayed away from the main holdings in a vain bid to escape the storm.

Young animals accounted for much of the toll, one farmer reported.

The farmer described the “gut-wrenching” feeling as he heard calves trying to find the rest of the herd in the whiteout conditions.

Visibility was down to less than 30m, making it impossible to locate the straying cattle and bring them to safety, he added.

Another farmer with 80,000 cattle on his feedlot estimated he had lost more than 1,000 animals in the blizzard.

Rancher finds his lost cattle and gets them back home after blizzard. US 287 shut down. #BoiseCity #Oklahoma pic.twitter.com/kRPRJR3Xcp

Blizzard devastates some Baca County cattle. Up to 30" of snow fell in the far southeastern corner of #Colorado. https://t.co/SvdkSyzJg9 pic.twitter.com/dDl2EfS5ax

Arable growers have also suffered huge losses, but bids to provide accurate estimates of the scale are being hampered by lying snow and deep drifts.

Some have reported that the combination of freezing temperatures, wet snow and high winds has wiped out their entire crop.

One estimate has put losses in excess of 50m bushels or 1.4m tonnes of wheat in Kansas – America’s largest wheat-growing area.

According to Bloomberg news service, economists are reporting that the losses to both cattle and wheat are driving up prices.

Bloomberg is urging caution as estimates are still variable. It suggested a more reliable forecast would be available on Thursday 4 May as officials complete their tour of the damaged areas.