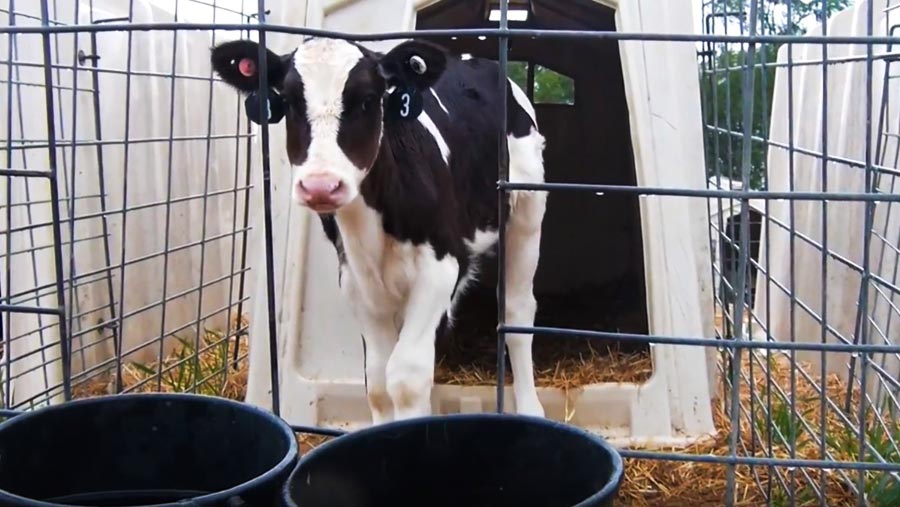 Farmers Weekly visited Indiana on an Alltech Keenan study tour to visit a calf-rearing facility taking calves from two-day-olds to about 160 days of age.

Calf Land is the name given to a 6,000-head calf-rearing facility with 3,000 calf hutches in Merrillville, Indiana.

The site is used as a rearing unit for Bos Family Farms, one of 14 farms under the Fair Oaks umbrella that supply the Select Milk Producers co-op.

Calves are bedded on sand, an inorganic material which is free-draining. Straw is blown into hutches when daily temperatures average 10C or below.

About 15 staff work on the site, currently running at a calf mortality rate of below 4%.

Calves come from dairy units following early colostrum feeds and are weaned at about 58 days of age and are removed from calf hutches at 70 days when they enter dry lots and are fed a forage-based total-mixed ration.

When calves reach five to six months of age they are transported 18 hours away to a heifer growing unit in Colorado before returning to Indiana where they are expected to average 11,000-11,500 litres as heifers.

Watch the video filmed at Calf Land to get a sense of the scale.