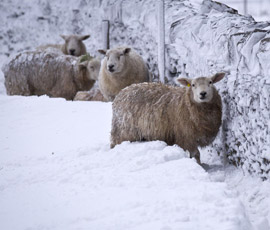 Mr Walton believes 100 of his sheep perished buried below snow drifts on the fells during the coldest March for 51 years.

More carcasses are likely to be recovered as the weather warms up and the snow melts.