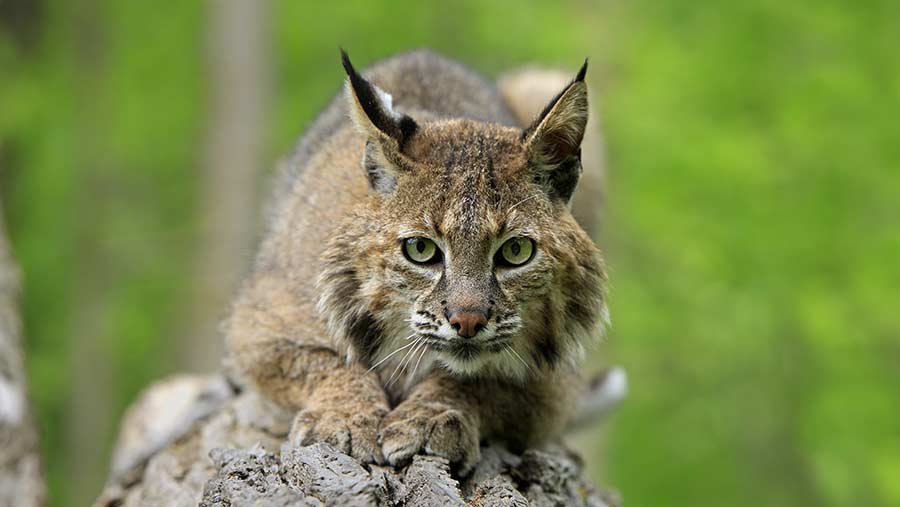 Sheep farmers are growing increasingly concerned about plans to reintroduce lynx into the countryside.

It is understood that the Lynx Trust has applied for a licence from Natural England and Scottish Natural Heritage to reintroduce the big cats into the countryside.

Conservationists pushing for a five-year trial reintroduction of Eurasian lynx say their preferred sites would be Kielder Forest in Northumberland and the Borders area in Scotland.

The trust maintains that rewilding the countryside with lynx can help control the deer population and reduce badger and fox numbers.

But sheep farmers have clashed with the group, arguing that sheep will be seriously threatened and there could be multiple losses.

The National Sheep Association (NSA) said current legislation will not allow a proposed lynx release into the UK wild to take place.

The NSA said the Eurasian lynx are classed as dangerous wild animals under the Dangerous Wild Animals Act 1976.

The organisation said it would therefore be a “criminal offence” to keep them without a local authority licence.

Currently, these licences are only available for zoo and captive animals, not for those being released into the wild. There would need to be a change in current legislation to keep such a release legal, the NSA said.

Phil Stocker, NSA chief executive, said: “We are confident current legislation will not facilitate a release and any appetite for a regulatory change at a time when there will be so many other priorities is unjustifiable.

“Even if compensation were offered, it will not make sheep mortalities acceptable and, given the general public’s reaction to some of the harrowing images caused by domestic dog attacks and their expectation of high animal welfare, I cannot see how distressing attacks caused by a wild animal will be accepted.”