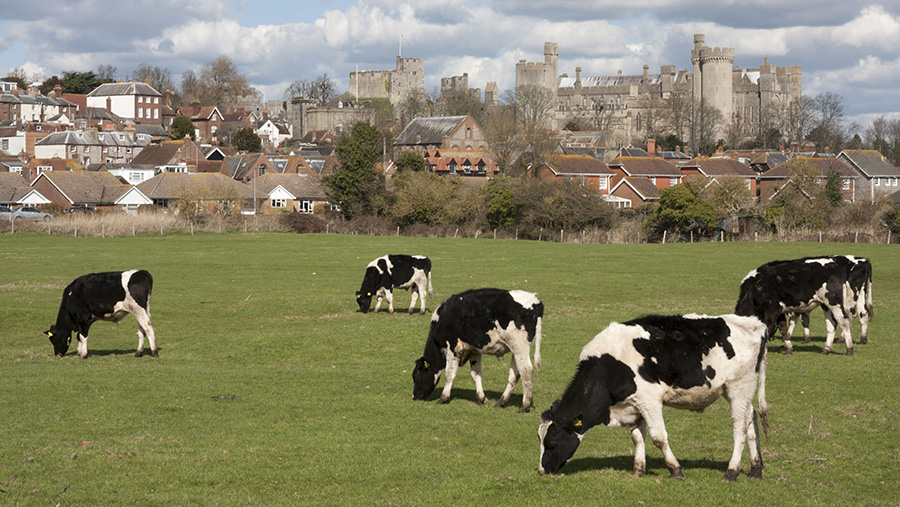 After a winter of varied weather, predicting the threat of lung and gut worm in dairy calves at turnout is likely to prove more difficult, according to industry stakeholder group Control of Worms Sustainably (COWS).

It expects cattle farmers operating in different areas of the UK to experience varying levels of infection this year following the unseasonably mild, wet winter weather.

COWS technical representative, Andy Forbes from the University of Glasgow’s School of Veterinary Medicine, says typical winter weather has a significant effect on worm burden in the spring.

But following the “extremely variable conditions” seen across the UK “it’s more difficult to predict the threat at turnout this year.”

“It depends on where they are and the weather they experienced this winter,” he says.

“This year, there was quite a climactic difference between the South and the North and Scotland, Wales and Northern Ireland. The circumstances are quite different.”

He says dairy calves are at greater risk of ingesting lung and gut worm larvae during their first grazing season than suckler calves, which feed largely on milk from their mothers.

“It’s the dairy youngstock that are weaned and haven’t been grazing before that are at most risk. They have no defence and they’re at greater risk of ingesting larvae.

It’s the dairy youngstock that are weaned and haven’t been grazing before that are at most risk. They have no defence and they’re at greater risk of ingesting larvae Andy Forbes, Control of Worms Sustainably

“The spring-born suckler cows walking with their mothers are at low risk.

“They may need to be treated in their second year of grazing, but while they’re with their mothers they are low risk from parasites.”

Given these factors, Dr Forbes says there is “no uniform approach” to control when turning cattle out.

He suggests farmers work with a vet, veterinary pharmacist or other suitably qualified person to plan ahead and implement “an effective and bespoke control plan” for this grazing season.

“Irrespective of the winter” experienced, Dr Forbes recommends farmers treat calves with long-acting injections or boluses, which can offer up to four months of protection against lung and gut worms.

“Some take the long-acting product approach, which removes the requirement to watch them,” he says.

“Both will provide protection that will last into the summer and if grazing fields are clean they could last the entire grazing season.”

For those farmers that opt to monitor their cattle for infection Dr Forbes says weighing is the most accurate method.

“Weigh them, if they’re not growing well it is stomach worms. If they’re below target weight – 0.7kg/day to 0.8kg/day on grass – then treat them.

“Faecal egg count (FEC) is traditional, but recent work suggest that weighing is more accurate. I would only recommend FEC after weighing if there is some doubt as to the diagnosis,” he adds.