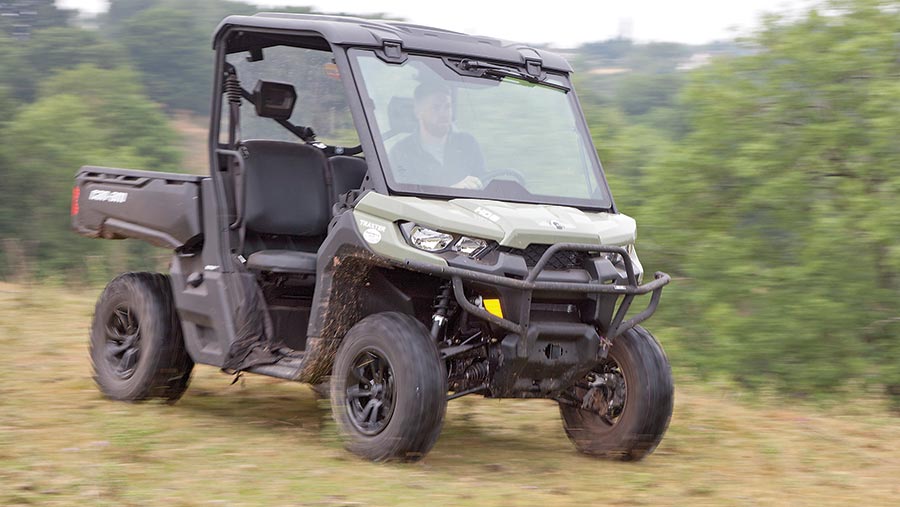 First up was Can-Am’s Traxter HD8 DPS. It was at ease with almost everything we asked of it and has the sort of versatility you’d expect from a buggy.

The powerful petrol engine has all the day-to-day grunt you would need and delivers it to the ground far more smoothly than the Polaris. Build quality and cab layout were good too, but it lost marks for being a bit skittish on the downhill route with a trailer in tow. Still, it’s the one we would buy.

Best for: Performance and comfort

The HD8 is the mid-ranking buggy in the Can-Am UTV range, but provides more-than-ample power. It carries a Rotax 779cc engine generating 50hp and has the full off-road spec list, including a low-range box and a locking rear differential. For those who want a bit more, Can-Am also offers the 72hp HD10.

The engine is pretty peachy by farm buggy standards, though a slight downside is the in-cab noise at full chat. That said, it’s nowhere near as deafening as the Honda.

The notchy gear selector stalk is clear and well designed – unlike the Polaris – and, once engaged, delivers power to the CVT transmission in typically smeary but brisk fashion.

In our timed hill climb routes, the Can-Am came out top dog on grass, but was pipped to the post by the more powerful Polaris on the tarmac.

In reality, the difference in times is irrelevant and all the drivers preferred the safer-feeling ride of the Traxter to the slightly out-of-control Ranger.

Towing up the hill with a trailer on and two chaps in the front added a barely noticeable three seconds to the unladen time, which isn’t far shy of pickup standards.

Access to the spacious and well-laid-out cab is good.

The wide openings allow even the biggest work boots to gain entry without stumbling, though the flappy net guards on our test model were pointless and caused a trip hazard.

We would favour solid doors, or nothing at all.

Sat in the driver’s seat gives a good view to all four corners of the vehicle and there’s enough space to rest a left foot on long journeys, unlike the compact Gator.

By buggy standards it’s surprisingly comfortable and the two passengers also have lots of legroom and a solid bar to hang onto around the bends.

An abundance of useful cubby holes to store farming paraphernalia wins it more brownie points, while a handy removable glovebox could house some go-to tools or medicines that need to stay dry.

The build quality was another feather in the Traxter’s cap. It’s solid, all the switches worked as they should and the flat floor can be pressure washed out without worrying about ruining the electrics.

One of the biggest perks was the two passenger seats that can be flipped up to offer an unobstructed floor-to-ceiling space capable of swallowing an assortment of dogs or multiple buckets of feed. 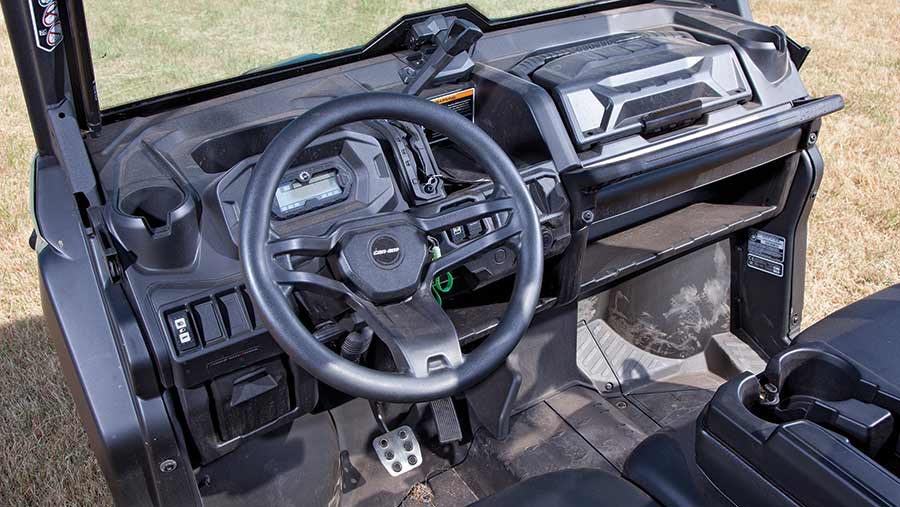 Going slowly down hills wasn’t part of the Traxter’s A-game. The engine did an average job of slowing the buggy on some steep descents without a load on the back, but it had a tendency to run away before reaching the bottom.

However, with a bale-filled trailer hooked on the tow ball its performance was far worse – particularly when compared with the ice-cool Gator. It simply couldn’t keep the engine speed under control for a sustained spell and could turn out to be quite dangerous if it has to negotiate lots of hills.

Elsewhere, the good-sized load bed offered a handy 840mm load height. With the Honda’s bed sitting a whole 100mm higher, lifting 20-litre chemical cans is relatively easy, but it was still bettered by the John Deere. Handily there are no bars to obscure connecting a trailer, though.

Access to the engine for servicing was as good with the load bed tipped. On the down side, the rear lights are woefully exposed on the Traxter and would only need a slight bump before new clusters are needed. 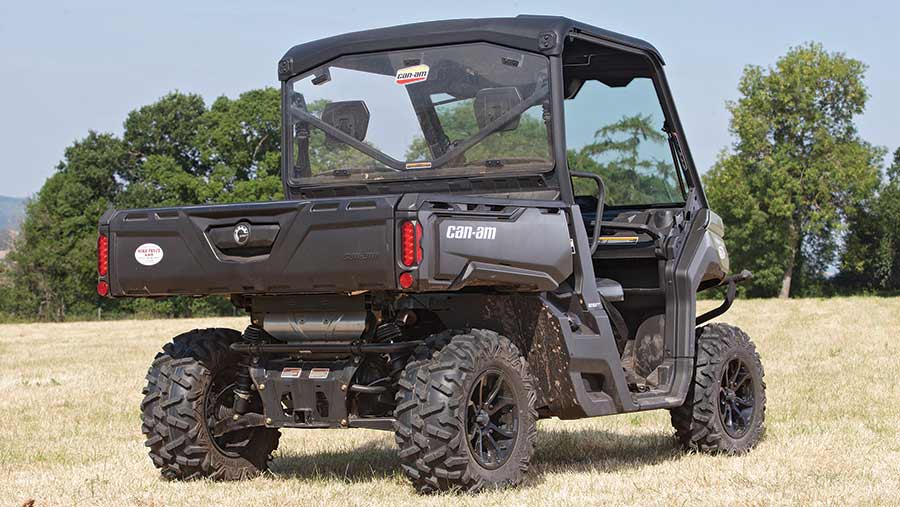