The no-till drill market is now swamped with manufacturers offering pretty similar designs, but the Italian-made Ma/Ag breaks the mould by splitting its disc coulters in front and behind the main hopper.

It’s marketed primarily as a no-till drill, but UK importer Ryetec reckons it should also be comfortable working on cultivated ground. 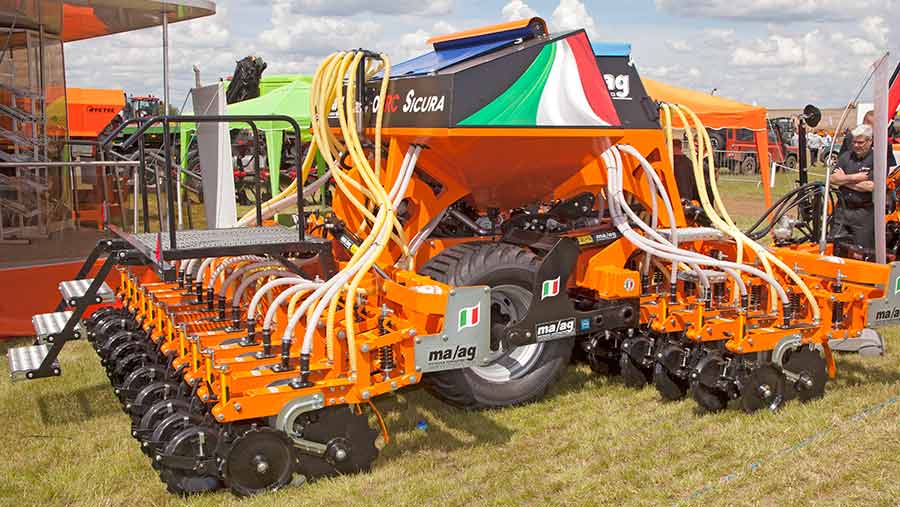 The low disturbance legs reduce horsepower requirements, with Ryetec quoting about 150hp as the minimum for the 4m model.

See also: 7 no-till drills from around the world

The 23 parallelogram-mounted coulters are split with half running at 14in spacings in front of the hopper, and the other half running behind the box and between each of the front coulters. The overall result is improved trash flow, which might prove handy in thick wheat stubbles.

Hopper capacity is 2,500 litres and there’s the option of carrying seed and fertiliser on board. An Accord metering system is standard and working widths include 4m, 4.8m and 6m.