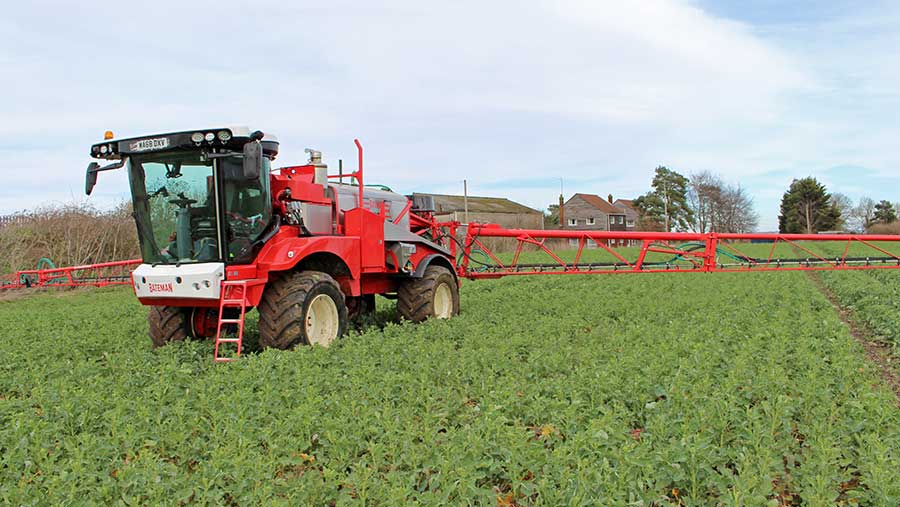 We asked five operators to run through the good points and bad points of their self-propelled sprayers and explain why they picked them. This time we’re focusing on British-built machines from Sands, Househam, Chafer, Landquip and Bateman, all with tank sizes of between 4,000 and 5,000 litres. Below, Stuart Woods tells us about his 2019 Bateman RB55. 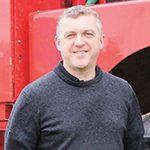 It is the second RB55 we’ve owned but originally I was worried about the extra weight and length of the larger machine compared with the smaller RB35 I had before – it’s more than 2t heavier and 700mm longer – but reduced cultivations and permanent tramlines have helped.

Before buying the new model, we had the Agrifac Condor and Fendt Rogator on demo and liked them both.

But it came down to weight and ultimately cost – both were heavier than the Bateman and came in almost £50,000 more expensive with similar spec levels.

I’ve only done 50 hours in the seat since it arrived, but the changes Bateman has made compared with the older 13-plate machine proves you need to upgrade machines to keep up with technology.

We went with Bateman as it was one of the only manufacturers offering a blended pulse width modulation system made by US company Capstan.

We have the PinPoint II with single nozzle control that works by automatically flicking on/off electrical pulses 10 times/sec.

This runs through the Ag Leader In-Command screen that Bateman was keen we had rather than the Topcon unit used on the previous sprayer.

I set my pressure and keep within the duty cycle limits on the cab screen and I can vary the speed as much as I like, with no pressure drop. It also continually checks the boom for blocked nozzles and alerts me to the exact one.

Sweeping headland bends receive the exact rate as the frequency of the pulses on the outer boom increase during the turn, while the inside ones slow down to avoid any overdosing.

The individual nozzle control means we are super accurate when backing into corners. 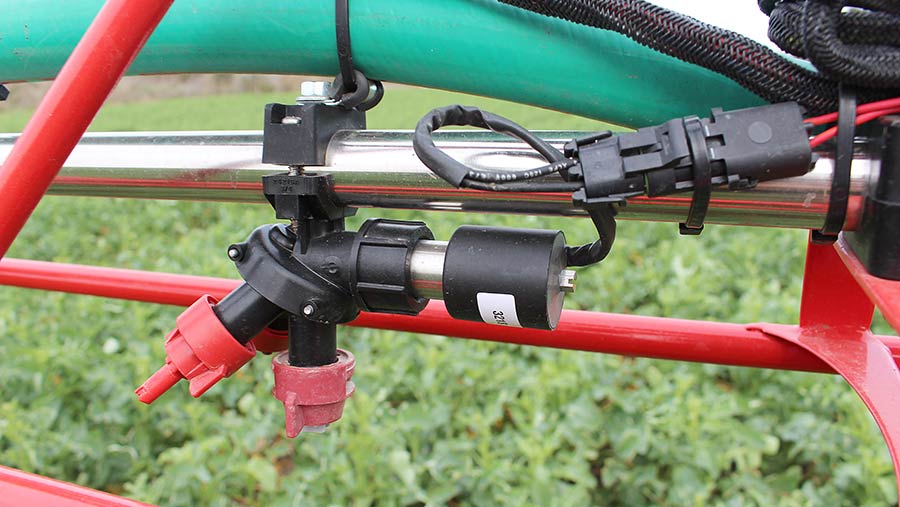 The addition of the Tankomatic weigh cells means I don’t have to rely on a sight gauge anymore, which isn’t fully visible from the cab anymore.

I have to input the figure into the Ag Leader screen, which is a small gripe and it would be nice for them to be linked.

The cab is a huge leap forward in both technology and comfort.

There is more space and the curved side windows give a pillar-less view to the whole boom.

The Ag Leader screen can be pushed into the roof when not in use and the Kenwood DAB radio is excellent and also houses the reversing camera.

There’s a heated/cooled seat and a fridge as standard.

A four-stage pressure dial for the cab filter needs adjusting as the filter gets older, with a red light alerting you as soon as it needs changing at about 500 hours.

I still have the Norac boom levelling system but there is a third hybrid setting along with the soil and crop modes. 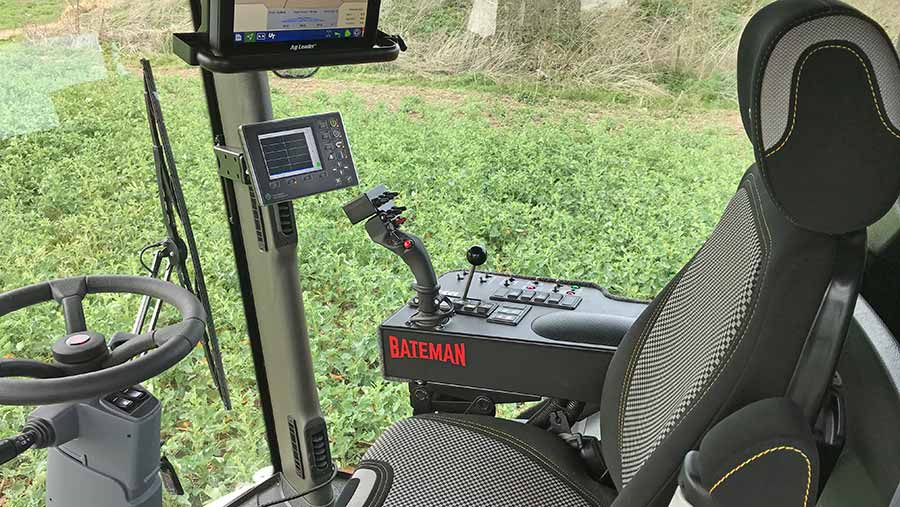 As I’ve only had the machine for a few months, it’s difficult to form any major gripes with it, although access to the engine bay is tighter and will make servicing much trickier.

Engine levels are shown on a small cab screen, so I don’t need to check them every day, but squeezing around it is tight.

There is a lack of handy storage areas in the cab, for places to put your phone on.

We have gone totally paper-free so I rarely have job sheets, but you always need flat surfaces to put your lunch on.

The weigh cells and filling control area are a big improvement, but you can only alter the required level in 10-litre increments, this means for part loads it can become tedious holding the button from 5,600 litres to below a 1,000.

With only 50 hours under my belt there have been no breakdowns.

Bateman is very swift at getting out to us if there are ever issues, especially when our old one blew a hydraulic pipe on a Bank Holiday Saturday, although I prefer not to see the fitters too often.