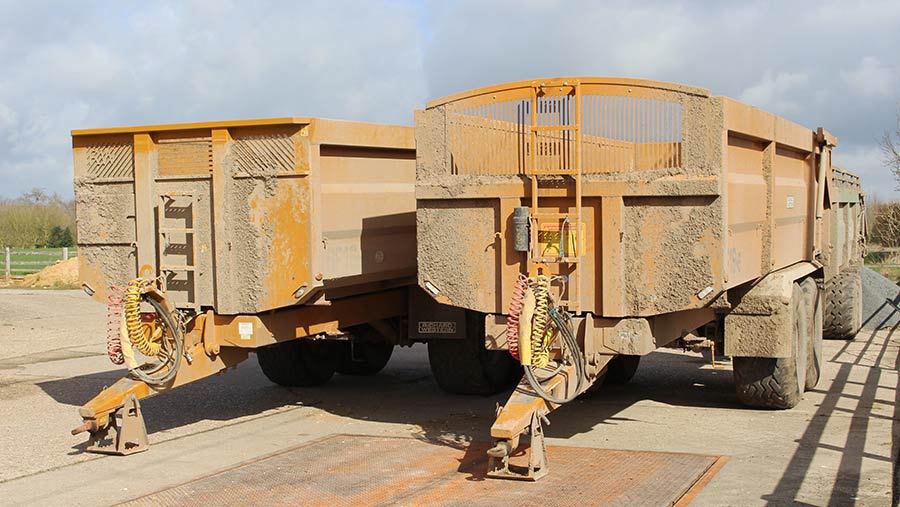 He was keen to make sure that his fleet was working at peak braking efficiency, having seen tractor and trailer combinations involved in several high-profile collisions over recent years.

Even before Mr Scarratt became manager at Grange Farm in Norfolk 12 years ago, all the trailers received a yearly once-over before harvest by local engineering firm CJ Wortley and Son.

“We annually spend up to £1,000 a trailer on brakes, lights, hoses, tyres and anything else that needs attention. It’s a case of if it’s broken, fix it.”

The reason for this close maintenance regime is that the farm hauls a serious amount of produce, mainly via small, local roads. In total, the 1,100ha enterprise shifts around 16,000t of potatoes and sugar beet, 5,000t of digestate and 4,000t of grain.

“The fleet consists of 14t and 16t Richard Western and Marston trailers and is in use for most of the year. It’s not always with the same operator towing them, though, so a bit of expense in the close season can reduce unnecessary downtime during harvest.”

Mr Scarratt’s five full-time employees alert him straight away to blown bulbs or tyre bulges and it is due to this meticulous attention to detail that the farm still runs trailers that were built almost 30 years ago. 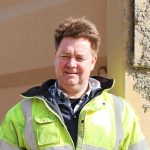 Despite a fastidious maintenance regime, Mr Scarratt wasn’t satisfied with just replacing broken parts. In light of a spate of recent accidents, he wanted to be sure the anchors of his laden rigs were working at peak efficiency when called into action.

A second local engineering company, JM Ayres and Son, hires in a portable rolling road machine for about 10 days every year to offer the local farming community a chance to find out exactly what sort of shape their trailers’ brakes are in.

The road is a freestanding unit made by Dutch specialist BM Autoteknik and can be positioned for use on any patch of level ground, provided there is a three-phase power supply. It takes approximately 10 minutes to get the road set up before it can test axles weighing up to 20t.

Purchase cost for one of these rigs is upwards of £60,000 – so most firms will be looking to rent rather than buy – and second-hand values won’t leave you much change from £30,000. 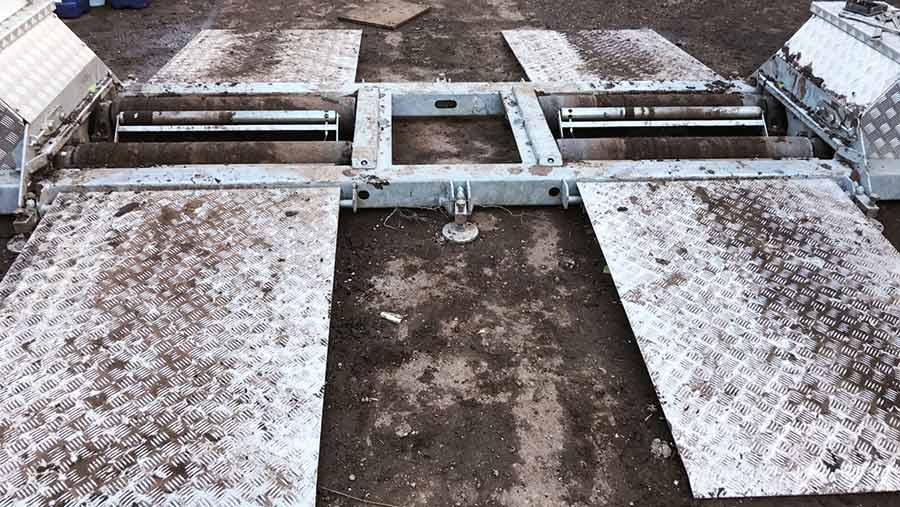 Having the test facility nearby was an opportunity not to be missed for Grange Farm’s trailer fleet.

The process involves towing each trailer onto the rolling road, with the two axles tested separately. A couple of full IBCs are put in the rear of the trailers to keep them seated on the rollers as the pressure is applied.

The whole process takes about 30 minutes a trailer and there are strict guidelines that determine a pass or fail.

For trailers being towed by a 40kph tractor, a braking efficiency of 25% is required to pass on both axles, with the force gradually applied via the rollers to gauge the effectiveness of the brakes. Impressively, it can all be controlled by laptop and doesn’t need anyone sat in the tractor cab.

A 50kph trailer running air brakes requires a 45% braking efficiency, and all handbrakes need to be a minimum of 16% effective.

All six trailers were put on the road – from the oldest 1991 model to the most recent 2016 – with handbrakes also tested. 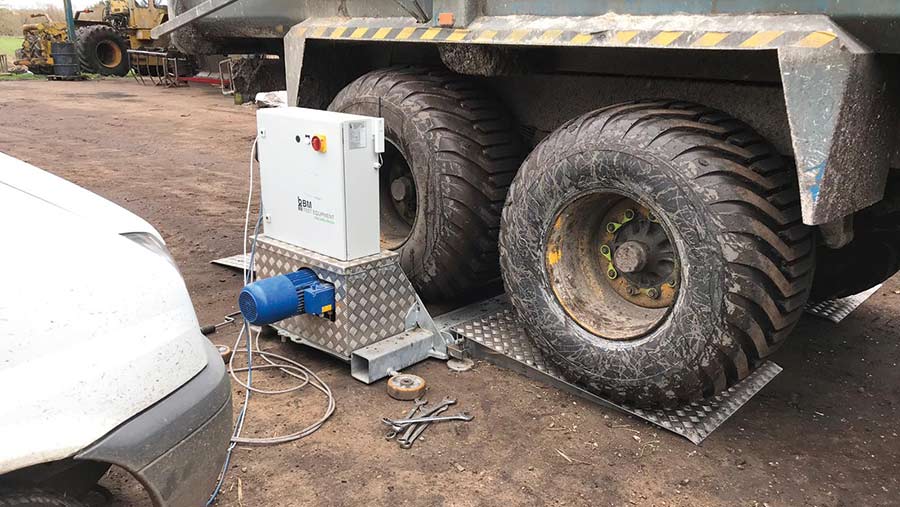 “The scariest part of the experience was that all of our trailers – regardless of age – failed the handbrake test, with two also failing on axle braking.”

“Between the trailers there are various types of handbrakes, from ratchet to wind-up, and some were as little as 8% effective. We had no idea they were so bad – it’s lucky we’re in flat Norfolk, but it’s still no excuse for them to not work,” he says.

To add to Mr Scarratt’s surprise, it was actually the newest trailer that failed on the axle braking.

The trailers were then taken back to the farm for minor repairs and tweaks prior to a retest. Most were simple fixes – mainly tightened cables and the like – but one trailer had its small 20mm rams increased to larger ones to up the pressure.

Once passed, each trailer receives a printed certificate with serial number, date and time of test, along with exact details of braking efficiencies. This means Mr Scarratt has a record of exactly how each trailer has performed and knows which ones to keep an eye on throughout the year.

It works out at roughly £100 a trailer once the repairs have been taken into consideration.

“It’s a small price for the peace of mind that our kit is up to scratch and the safety and wellbeing of our staff and the public is in check.

“There is no doubt in my mind that we’ll be doing this every year.”

Agriculture has had its fair share of bad publicity over the past few years relating to ineffective trailer brakes. The highest-profile case involved a Cambridgeshire contractor being fined £400,000 for being in breach of health and safety rules after an employee was killed due to the trailer’s brakes being poorly maintained.

In light of this, the “Tilly Your Trailer” campaign was set up by one of the casualties’ families to promote trailer maintenance to farmers and operators to prevent such an atrocity happening again.

It involves an 18-point inspection procedure and certificate for agricultural trailers weighing 10t or more and incorporates an annual service by an authorised mechanic, as well as a simple daily check each time a trailer is used on or off the farm.

It has won the support of trailer manufacturers, machinery dealers, safety experts and the police – as well as farmers. Some 70 authorised agricultural depots throughout the country are now annually inspecting trailers to the Tilly Pass standard.

The Tilly is dated and its unique number recorded, along with the chassis number, on an inspection sheet and central database, creating a paper trail for every trailer.

New trailers entering the agricultural workplace through an authorised depot will receive a Tilly Pass, too – creating a log of maintenance for the trailer’s life.