New farmer-inspired kit caught the eye at this year’s Agri-Expo, the annual showcase for the latest in agricultural, horticultural and construction machinery at the Kent Showground. 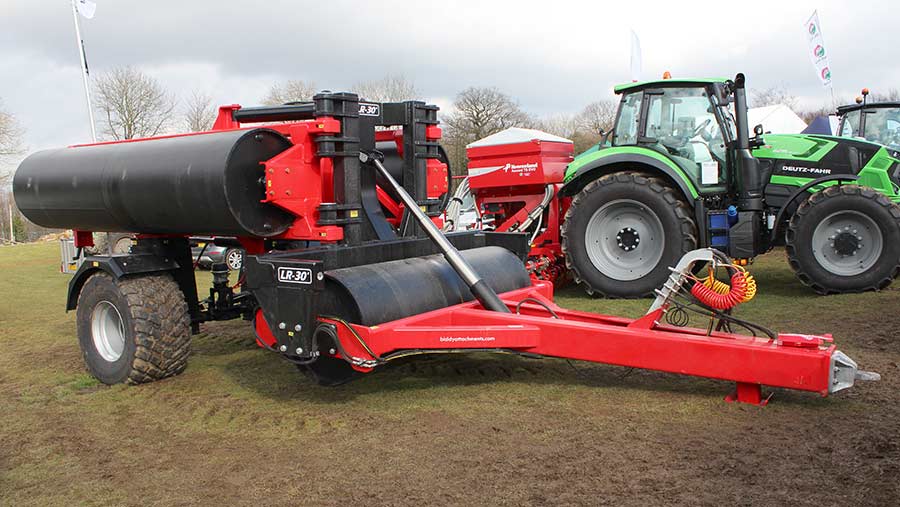 After seeing the Northern Irish firm’s folding aerator at Grassland and Muck last year, Kent dairy farmer Peter Joules asked if Biddy could make him one without the knives, and here’s the company’s beefed-up response.

Working at 9m in the field, the newly designed Landroller LR-30 hydraulically folds to less than 3m for transport.

Air-assisted locking pins and brakes add a bit of road safety to the 10t machine, which can be ballasted to a monster 18t by filling the rolls.

Biddy has plans to put the machine into production later this year, with one of a similar spec with led lights and 650 tyres expected to cost in the region of £25,000. 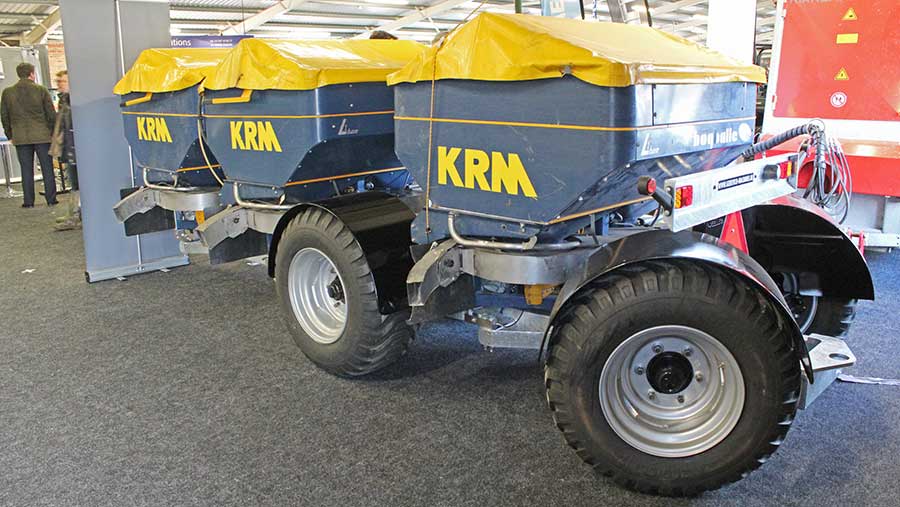 Walking away with the best new innovation award was a triple spreader for fruit and vineyard applications.

As this spreading method only requires material at the base of the plant and not behind the tractor, contractor Steve Pack had the idea to boost output by using three in series.

Dutch firm Geertech answered the call to create a chassis capable of carrying three spreaders and using them simultaneously.

The front spreader is powered via pto, whereas the rear two are spun using hydraulic motors, which means different speeds are possible. All three have independent weigh cells to give individual spreading rates, allowing for different products in each tank.

The fully galvanised frame is able to cope with all sorts of fertiliser and the steering axle at the back gives it a tight turning circle at the end of each row.

Geertech says it has seen a lot of interest in the machine and is pushing it into production as soon as possible. A model similar to the one on show (without the spreaders) will be in the region of £18,000.