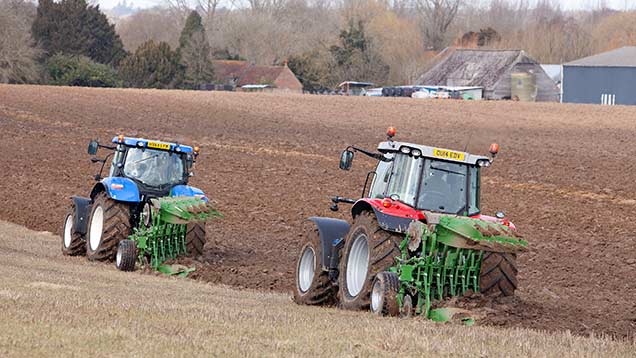 British farmers spent £1.9bn on farm equipment in 2014, says the Agricultural Engineers Association. However purchases in the first half of 2015 suggest expenditure is likely to be about 10% lower than last year.

Tractors are generally thought to be the best indicator of overall purchasing patterns. So, it was no surprise to see that 5,964 units of more than 50hp were registered in the first six months of 2015, a drop of 14% on the previous year.

However, average tractor power has continued to move and has now hit 154.4hp, a trend that has been going on for several decades .

Combine retail sales, though, have dropped sharply in the current seasonal year (September 2014 to August 2015) and may well fall to 600-650 units, says the AEA. That is a drop of some 20% compared with last year.

However, it says, it may be that this will prove to be a normal level and the high sales volumes of previous seasons have been something of an anomaly.

Self-propelled forage harvester are expected to hit 170 units in the seasonal year, an increase on the 2014 figures and one of the few machine types to show an increase. The grass forage season has been a good one and there has been extra stimulus from AD plants.

Second-hand machinery dealers are proving reluctant to order stock when demand is uncertain and there is a surplus of unsold second-hand equipment, adds the AEA. With a few exceptions, such as forage harvesters and trailed sprayers, deliveries of most products are lower than they were a year ago.

Overall, says the AEA, depressed farm prices this year have knocked back machinery sales across all sectors, though lower input prices have helped ease the full effect. Farm income streams are expected to diminish (especially in the dairy sector) and the strength of sterling against the euro isn’t helping.

Another factor restraining sales of equipment is the build-up of unsold used kit in dealers’ yards. While domestic demand for traded-in equipment is not strong, the real problem is the lack of export demand which has been exacerbated by the strength of sterling against the euro.

Expectations for the second half of the year are for conditions to remain subdued and sales sluggish, concludes the AEA.