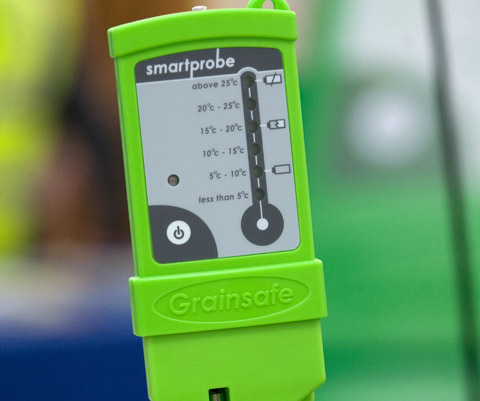 This Grainsafe Smartprobe gives a quick and relatively cheap way of letting you know if grain temperatures in the store are getting too high.

It was invented by a Leicestershire farmer and involves pushing either a 2m or 4m flexible fibreglass probe into the grain. A column of six LEDs (two green, two amber and two red) then lights up according to the temperature of the grain.

The readout can be seen from several metres away and cuts down the need to crawl over the grain. Cost is £155 for an LED module and 2m probe.

For more go to our special LAMMA 2012 machinery page