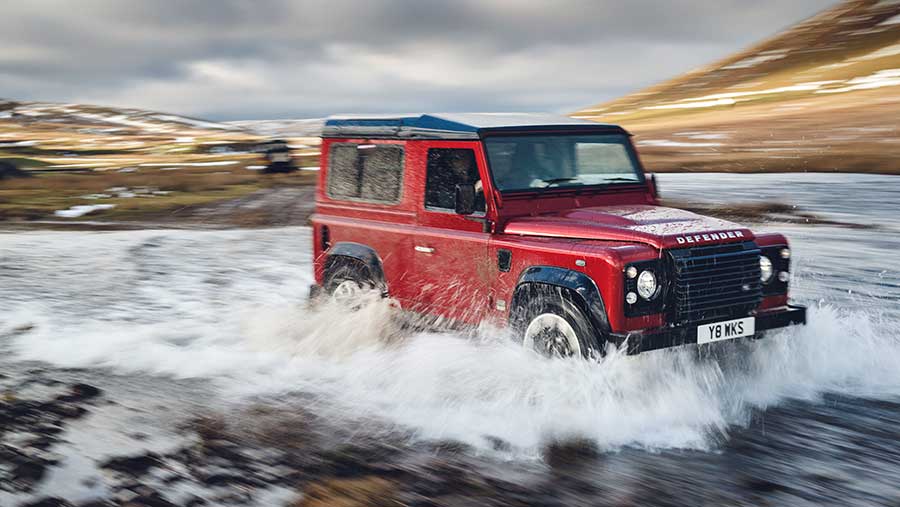 Land Rover has given its iconic Defender one last hurrah by slotting a massive 5 litre V8 into its engine bay.

The transplant makes the so-called Works V8 the most powerful Defender ever produced and its claimed 5.6s 0 to 60 time means it’ll spank all but the spiciest of hot hatchbacks off the line.

As for engine performance, the normally aspirated V8 develops 400hp and 515Nm of torque (standard models are good for 120hp and 360Nm) and its top speed has been limited to 106mph. That’s still 16mph up on the last of the diesel models, though.

All models also get an eight-speed ZF automatic transmission with sport mode and pistol-style shifter, a two-speed transfer box, heavy-duty front and rear differentials and a torque-biasing centre diff.

A maximum of 150 of the limited-edition models will be produced with 70th Anniversary branding. Land Rover says the Defender Works V8 “pays homage” to the early high-powered engines in both the Series III Stage 1 V8 from 1979 and subsequent Defenders, including the 50th anniversary edition.

As well as the new V8 model, Land Rover is offering some high-performance upgrades for more standard models, including power upgrades for the TDCi diesel engine, fast-road suspension and braking kits.