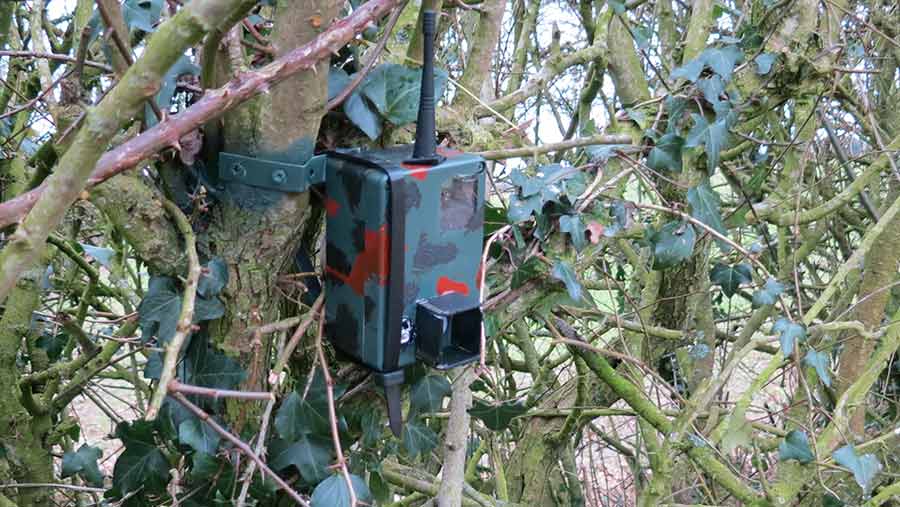 Fitting up cameras around the farmyard is a great way to keep an eye on potential interlopers, whether they are human or animal. But what do you do if you want to monitor far-flung parts of the farm where mains power isn’t available?

Hampshire company Telemetricor reckons it has the answer. It offers a long-range, real-time, motion activated wireless camera system that runs on a couple of AA batteries for several months at a time.

The system works over the radio network, so there should be no issue with signal blackspots. Images are sent to the company’s servers straight and then to an app on the farmer or landowner’s mobile phone.

The landowner can then touch a button on the app and immediately notify the police, as well as providing them with the image. The GPS location and image can also be shared with other people.

A six-week trial on a 4,000-acre estate in the New Forest caught three separate incidents on camera, says the company, all of which the landowner was able to nip in the bud before any damage was done.

The system itself is cheaper than conventional CCTV, says the company and doesn’t have to be watched. It is movable system and has no installation overheads (the farmer/landowner can do it all himself).