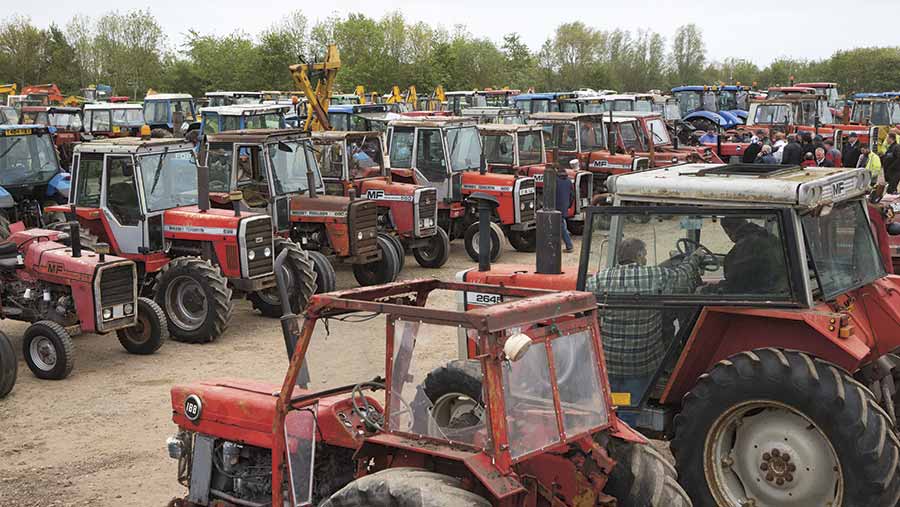 Second-hand agricultural equipment had a bumper year during 2017, with machinery sales auctioneers Cheffins carrying out 25 auctions across the country compared with only nine in 2016.

Its on-farm sales hit the £10m-mark last year with more than 40% of the farmers who held sales citing a change in farming policy as the reason for shifting unwanted kit – many are bringing in contractors to farm land instead to increase their cash reserves.

“We have also seen an increase in second-hand machinery prices as farmers looks to cut costs and pick up high-quality kit without the price tag of something new, with purchasers from across the UK, Ireland and Europe attending”, says Oliver Godfrey, director at Cheffins.

He adds: “Compulsory purchase orders continue to push large infrastructure projects forward, which has resulted in a handful of on-farm sales such as those near to the A14 widening scheme in Cambridgeshire.”

The highest value farm sale was held in Preston, Lancashire following the decision by Whittingham Farm Sales to cease trading, with more than £1.6m worth of agricultural machinery sold at the auction.