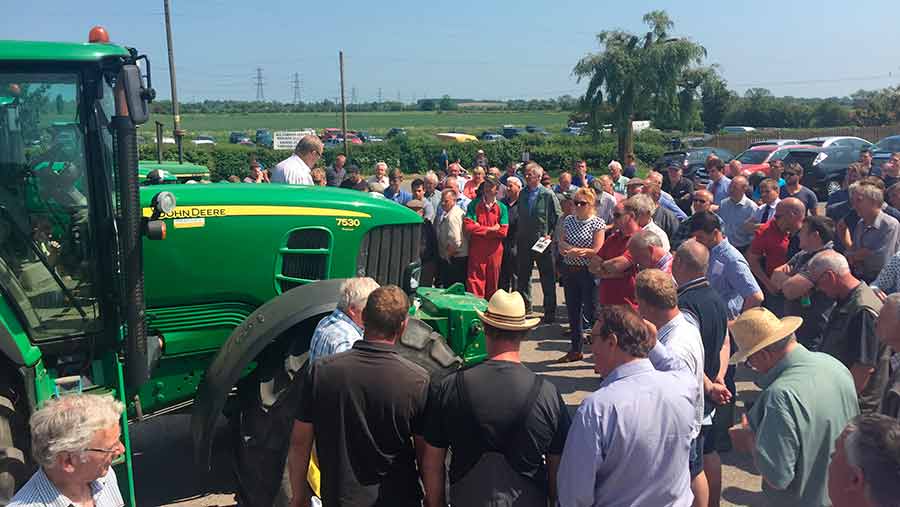 A total of 578 arable and root kit lots went under the hammer at Coates Farm, Cottam, Nottinghamshire, on Thursday 9 June under the instructions of JS Highfield & Sons.

Root vegetable equipment hit top prices too, with a Jones Engineering onion topper selling for £23,750, a Swift Lift elevator landing £10,200 and a Peal intake hopper that made £6,750.

Auctioneer Ian Calverley, Partner of Fisher German, commented: “This was one of the largest machinery sales in Nottinghamshire for some years.

“Both national and international buyers were attracted to the well-kept and well maintained equipment which proved to be a real credit to JS Highfield & Sons. This helped to achieve buoyant prices in a challenging second-hand machinery market”.

If you’re running an auction in the UK then we’d like to hear from you – just send some basic details to oliver.mark@rbi.co.uk
See more
Share this
Advertisements