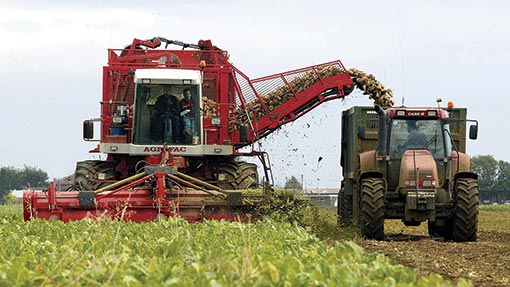 For any farm contractor, the priority will always be getting the job done rather than getting the invoices out. Often, they get put to the bottom of the to-do list, with getting the crop in the ground or silage in the clamp firmly at the top.

And, to an extent, that’s how farmers expect contractors to be. But there has to be a balance, and having a firm billing structure is crucial to any contracting business, according to Neil Cox, partner at south-west accountancy firm Old Mill.

“There is no magic wand or one right answer to getting paid,” he explains. “The first step is to take care not to let things get out of hand and keep tight records of what’s being done.

“Then work with your customer to create a customer profile. A lot of this can be done in the office, with some key questions being asked when you call in and price a job or see a customer,” he adds.

“For example, if it’s a dairy business, try to find out when the milk cheque comes in, as there’s more chance of your bill being paid after a certain point in the month than before it.”

Try to identify the periods when you know there will be a difficulty in cashflow for certain customers and work this into the invoicing structure, suggests Mr Cox.

“For arable businesses, perhaps skew the billing until after harvest, but be careful not to leave billing too far down the line. If it’s a stubble-to-stubble contract, a standing order rather than a lump some might be a sensible option.”

This method can also be used for those already with a debt, in order for them to catch up before the next silaging or harvesting time. A direct debit is also an option, as these can’t be forgotten.

For both existing and new customers, talk to them before doing the work and give them a quote for doing the job.

“Problems arise when people don’t talk. By talking to your customers and keeping them informed of what things are going to cost you make sure there are no surprises. And when the bill arrives, there is nothing to push back or delay on as they have been told the information before the work was carried out.”

During busy times, it’s all too easy to fall behind on invoicing. But sending invoices out sometimes six months or more after a job has been completed can be detrimental for several reasons.

“The first is for the customer’s cashflow and the onward tax implications late billing can result in. When a job is done, often customers have the cash or plan for when the bill comes through. If the bill doesn’t come through, it’s suddenly not as urgent and therefore can be pushed to the back of people’s minds.”

The second problem that arises with late billing is that contractors can put themselves on the back foot by billing late.

“People can’t remember the work that’s been done quite as clearly. What was a good job that they were happy with may have faded in their memories and discrepancies can arise. The longer it’s been, the more opportunity for bills to be queried and this can lead to further delay in payment.

“Be timely, but sensible. Customers probably won’t appreciate you handing them the bill when you’re rolling out of the gate, but don’t leave it too long before invoicing, either.”

The person in the office is very important, be that your wife, the secretary, or yourself if you’re a one-man band.

“Spending a morning in the office is a far quicker way of earning a few thousand pounds than going to spread an extra few loads of muck,” says Mr Cox.

Develop a statement cycle, he advises. After sending out the first invoice, follow this up after 45 days, then 65 days and then finally start to get a bit more forceful. “But often, communication will stop it going that far. Just calling up to remind the person of a bill often results in a cheque being issued then and there.”

There are bound to be customers that are notoriously bad at paying invoices. Many will have had to change contractors to get jobs done because they have’t paid in the past.

“This is always a difficult situation. I would suggest getting them to pay half the money upfront before you even start to mow – at least you then have something to tide you over until they do pay.

“Unless there’s a very good reason, very few farmers fail to pay. But if you do know that a person is bad at paying, seriously consider not doing the job. It’s better for your business to say no, rather than building up your own depreciation and wear and tear.

“Goodwill has to work both ways, and there’s always a degree of flexing that’s possible – but be careful of being so busy you’re not making any money.”

Look at your own cashflow

Contractors also need to look at their own cashflow profile, Mr Cox points out. “Identify where your own cashflow pinch-points are and warn your bank of when these might arise.

“For example, if you’re about to go into silaging, there will be a period of time when bills won’t be coming in, but a lot of money will be going out – spent, for example, on silage wrap, diesel and wages.

“Sit down with your bank manager and tell him when these shortfalls will occur, rather than ringing him on a Friday afternoon and asking for an extension in your overdraft – you will have more bargaining power.”