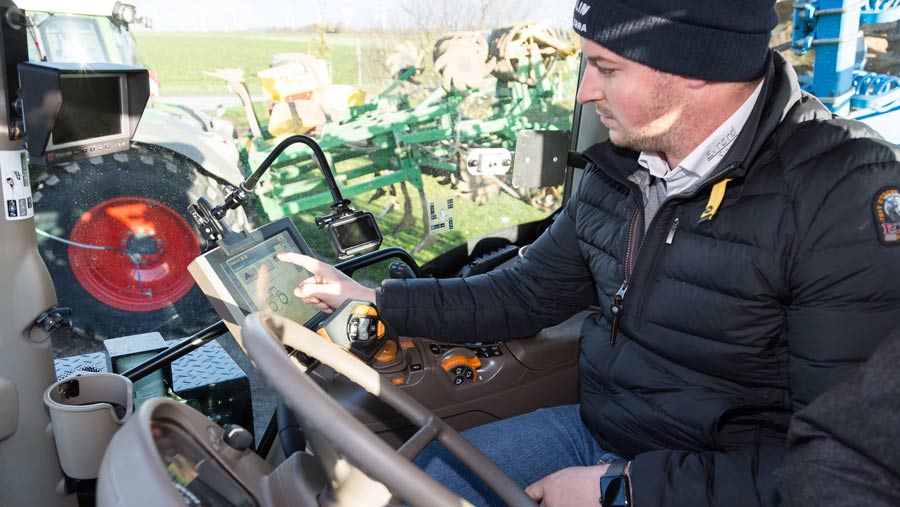 Michelin has developed a tyre pressure adjustment package for high-horsepower tractors fitted with an air supply, which could help reduce soil compaction during the cultivation and drilling season.

The Zenterra kit uses a central tyre inflation system originally developed by PTG – a German pressure specialist acquired by Michelin in 2017 – combined with a memory function that records tyre pressures for different tasks or implements, and the firm’s flexi-walled Ultraflex tyres. These include Axiobib, Evobib and Xeobib.

Air is supplied by the tractor’s pneumatic braking system or additional on-board compressor, with inflation from 12psi to 20psi taking roughly 6min and deflation nearer 90secs.

The hardware is Isobus-compatible, so changes can be controlled through the tractor’s standard cab monitor.

These can be made while moving, to adapt relatively quickly to different ground conditions, which Michelin says can help extend tyre life, reduce compaction and trim fuel consumption. There’s also an ultra-low pressure setting for situations where traction is a major problem.

The seals and air lines are only pressurised while making adjustments, so there’s no risk of flattening the tyres if the exposed airlines on the outer side of the wheels get damaged.

Typical prices start at roughly £7,000, including fitting by TractAir, based in Brough, east Yorkshire. However, that doesn’t include the cost of the tyres.