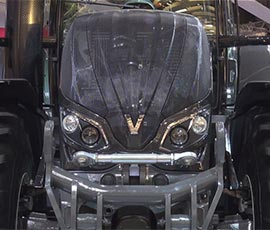 Welcome to the world’s biggest farm machinery show – some 30,000 gleaming machines in 41ha of covered halls in the heart of Germany.

On the day before the show opened (when this video was taken), tractor company staff were buffing up their bonnets, admiring their snazzy paint jobs, putting a last coat of black on the tyres and throwing huge white sheets over as-yet secret machines that won’t be seen until the official opening day.

There’s even a track done out as a stealth bomber – and why not?

Watch the video for a sneak preview of the kit before the public gets through the doors.

See all of the Agritechnica 2013 news